EROS B satellite images show destruction of al-Kiswah base renovated for the use of Iranian troops after weekend attack allegedly by Israel.

Images taken by the EROS B satellite on Monday of the Iranian base bombed in an attack attributed to Israel show the destruction of the base.Based on the satellite images, it appears most of the structures in the base were hit in the strike, but only few of them were completely destroyed.

Three weeks ago, the BBC network aired satellite footage of alleged construction work that was done between January and October of this year on the base near al-Kiswah. 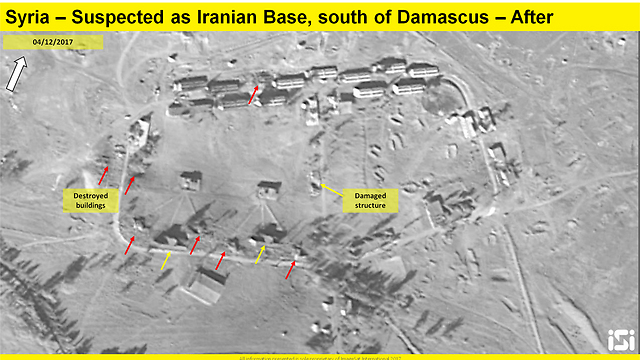 The site, which includes over 20 buildings presumably meant to house soldiers and store military vehicles, is located 50km from the Israeli border and only 15 kilometers south of Damascus. 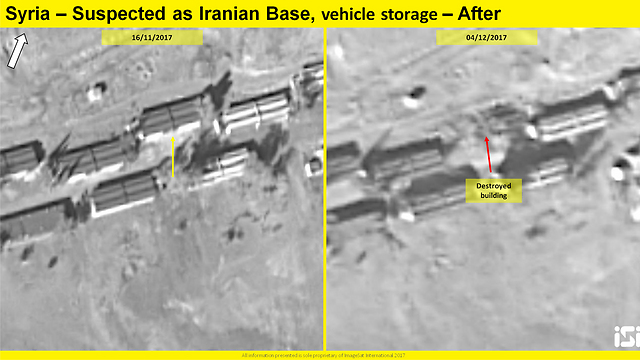 While it has not been definitively determined that Iran’s military is the one behind the buildings’ construction, one source told the network that high-ranking Iranian army officials have visited the site in recent months. 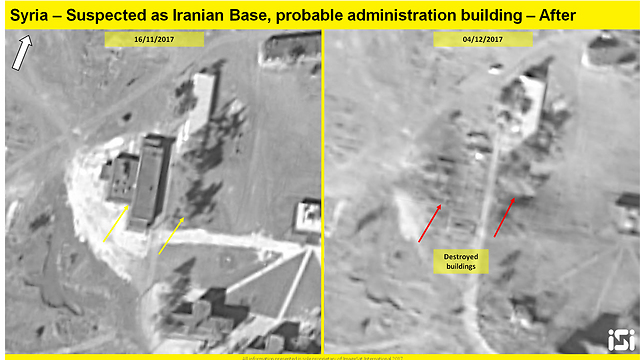 According to the BBC, over the past few months several new buildings have been constructed there, while others have been renovated. It is unclear whether the base was manned. 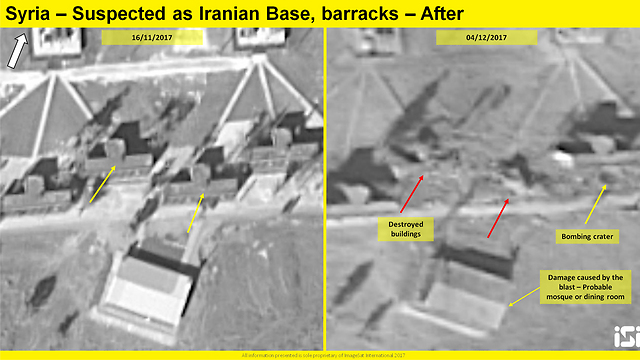 Arab media outlets reported Saturday that Israeli fighter jets attacked the base. Media outlets affiliated with Syrian President Bashar Assad’s regime and with Hezbollah reported the jets attacked a weapons cache belonging to the Syrian Army’s First Division between the towns of Sahnaya and al-Kiswah.

The attack was reportedly carried out using five missiles, whereas antiaircraft systems deployed in a military airport in the Mezzeh neighborhood of the Syrian capital were able to shoot down three of them. The remaining two missiles detonated near the cache.
YNET
Subscribe
0 Comments
Inline Feedbacks
View all comments
Share. Twitter Facebook Pinterest LinkedIn Tumblr Email
Previous ArticleThe Case To Hold Eritrea Accountable
Next Article Suspicious Games in the Champions League & the Great Olympic Stitch-Up
wpDiscuz
0
0
Would love your thoughts, please comment.x
()
x
| Reply