Trending
You are at:Home»Categories»Features»Sako to communities emigrated from Iraq: trust your married priests
By Gianni Valente on 30 March 2017 Features

There are not enough Chaldean priests in the new communities outside of Iraq. The patriarch’s challenge: “priestly celibacy is not a dogma of faith”, the ultimate criterion for choice is “the salvation of souls”

If there are not enough priests, work more decisively toward the priestly ordination of married men. Patriarch Louis Raphael Sako I, Primate of the Chaldean Church, recommended a few days ago to the bishops and to the Chaldean community in diaspora, enlarged in recent years by the exodus of faithful and pastors fleeting from Iraqi. The Eastern Churches of apostolic tradition appear weakened by factors that do not end with jihadist violence. In Iraq, before 2006, the Chaldeans were at least 800 thousand, and now there are less than 300 thousand. Half a million are scattered across the world, and there are not enough Chaldean priests to be sent to all the new communities. Especially – Patriarch Louis Raphael continues – we cannot further reduce the number of priests ministering in Iraq, unless we want to worsen the condition of communities already at risk of extinction in their native lands. Hence his appeal, addressed primarily to the bishops at the head of the diaspora diocese: find new solutions to confront the problem, including that of intensifying the ordination of married men.

Your Beatitude, the transferring of the Chaldeans communities out of Iraq poses new problems for the pastoral activities.

In the past, the entire Chaldean Church was in Iraq. And even with all its limitations and problems, it was easier to assure everyone the pastoral care. Over the last fifteen years, after Western military intervention against Saddam, we have been undergoing an impressive emigration. Now, there are Chaldeans scattered everywhere and communities from all over the world are asking us to send priests. But there are not enough priests to go everywhere. And we cannot empty our parishes and dioceses in Iraq from their priests. The Chaldean Church was born in these lands, and the future of the Chaldean Church is undeniably tied to this land.

What makes you think that?

In other countries, after three or four generations the Chaldeans lose all ties with the ecclesial tradition of their fathers. And even the emigrated priests, who have not been properly trained, often end up dissipating their vocation. In Iraqi villages, as well as in Baghdad, there are communities around the churches and priests have always something to do. In the West, with Western rhythms of life, many of them can work as priests only on weekends. And sometimes they end up misusing the rest of their time. One of them, in North America, has squandered the $ 500 thousand collected for the refugees by gambling in a casino. Others have left the priesthood and got married.

The Chaldean synod has also faced the problem of “wandering clerics”…

Before 2013, some priests and monks had left their dioceses and monasteries to expatriate without their superiors’ consent. In October 2014 a patriarchal decree, approved by the Synod, has suspended some of them from church life, after they had rejected several invitations to return home. One of them, a monk, who went to North America to attend his sister’s wedding, and had never come back. He obtained a residence permit, saying he could not return to Iraq because he was persecuted. He was therefore suspended, and now, a few days ago, he joined the Anglican Church and will get married. These events tear apart already fragmented communities.

What advice should be given to communities seeking to have priests?

I wrote a message to say that communities outside Iraq, with their bishops, cannot rely too much on us. They must seek vocations locally. They must acknowledge that the circumstances require them to take action to address the shortage of priestly vocations right where they are, in Australia, Canada, USA and Europe, also by encouraging the ordination of already married men. For our canonical discipline, as for other Eastern Churches, the ordination of married men is not a matter on which to open theological disputes. It is a reality. We have always had them.

How many are there in the Chaldean Church?

In Iraq there are about ten. In dioceses outside Iraq, at least five or six. I know a few, and they are very devoted to their priestly ministry. I myself have recently ordered two, who carry out their ministry in Europe, one in Germany and one in Greece. They are fully integrated into their societies in the countries where they grew up and got married.

In your opinion, in the Latin Church, by what criteria should the issue of priestly ordination of married men be addressed?

We should not start from abstract questions, but the actual reality of facts and the authentic pastoral needs. Reality tells us that there is a shortage of priestly vocations, and it also tells us that there is a different perception of marriage and sexuality than sixty years ago, even in the churches: if I think back to what we were told in seminar… And even in the Western Church, the possibility of ordering married men was not even cancelled by the Council of Trent.

Pope Francis, in an interview with Die Zeit, however, reiterated that “optional celibacy” of priests is not the solution to the crisis of vocations.

Of course, there are no magic solutions to the problem vocations’ decline. And no one can say that the emergency is resolved through mechanically ordering married men to priesthood. However, it is important to remember that priestly celibacy is not a dogma of faith but a discipline. And those decisions should always be made with the ultimate criterion for the salvation of souls.

Sako to communities emigrated from Iraq: trust your married priests 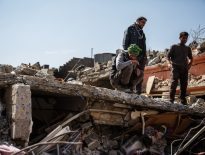 Features Trump in the Middle East: The New Brutality 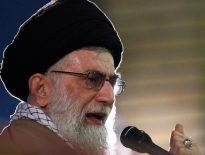 Features Khamenei’s Nowruz Nuances
0
wpDiscuz
0
0
Would love your thoughts, please comment.x
()
x
| Reply
We use cookies to ensure that we give you the best experience on our website. If you continue to use this site we will assume that you are happy with it.Ok