Trending
You are at:Home»Categories»Features»Russia Stumbles in Syrian Air War
By War is Boring on 29 October 2015 Features, Politics

It’s all because of logistics … or lack of it

Russia’s pace of air operations in Syria appears to have dropped off slightly from their peak in recent days. While the Russians had flown as many as 88 sorties per day about two weeks ago, more recently that number has dropped off as many U.S. defense officials had predicted.

That means that the Russians have been flying an average of 55 sorties per day with their mix of Sukhoi Su-24s, Su-25s, Su-30SM and Su-34s — which is a slower pace than before. But those figures are within the range Pentagon officials had predicted the Russians could fly with the number of jets they have deployed.

The Russians are thought to have between 32 and 36 aircraft at their base in Latakia, which means they could generate with between 48 and 96 sorties per day with good logistics.

While the Russians initially surprised many with their ability to generate up to 88 sorties per day, most U.S. defense officials predicted those numbers could not be sustained for long. That’s because the Russians don’t have any recent experience deploying aircraft overseas, nor do they have a well-oiled logistical train that could sustain the pace for long.

Indeed, most Pentagon officials I had talked to expected that logistics would prove to be the Russians’ Achilles’ Heel.

Indeed, USA Today reported Oct. 26 — citing an anonymous Pentagon official — that nearly one-third of Russia’s combat aircraft and 50 percent of its transports in Syria are grounded at any one time. The harsh conditions appear to be taking a toll on the Russian crews and their aircraft.

My own sources said much the same. However, they said that logistics are probably the biggest factor in the drop-off, noting that Russian aircraft usually fare pretty well in harsh conditions because of their rugged construction. Regardless, the result is that the Russians are not quite matching the performance of U.S. Air Force, Navy or Marine Corps expeditionary forces.

However, there is another factor that could be playing a role. The bulk of the Russian aircraft deployed to Syria are either upgraded but elderly airframes or brand new models that have not yet ironed out all of their various teething issues.

Elderly aircraft — even refurbished ones — break down and require a lot of maintenance. That’s just a fact of life — and one of the reasons the U.S. Air Force is so eager to replace its oldest fighters (the U.S. Navy’s rebuilt F-14D jets are a good case study).

But the same is true of brand-new aircraft. Until maintenance crews learn a jet’s quirks and which parts need replacing most often, new aircraft that have just entered service have horrible mission-capable rates. It happened with the F-22 when it was first introduced and it’s happening with the F-35 now. And Russia is not immune to the problem.

Indeed, Russia’s most capable bomber in-theater, the Su-34 — which has been built in boutique quantities like most of the newest Russian jets — has had severe issues with maintenance in previous years due in part to its slow build rate.

It remains to be seen if Russia will use this as an opportunity to revamp its logistical system. But if it does, it is possible that Russia might be able to ramp up its air operations once its crews learn to deal with the deployed environment and the correct spare parts start flowing in a timely manner.

Only time will tell how the Russians will fare.

This article originally appeared at The National Interest, where Dave Majumdar is defense editor.

by War is Boring time to read: 3 min 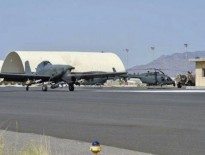 Features Yemeni pilots carry out airstrikes with AT-802 tur… 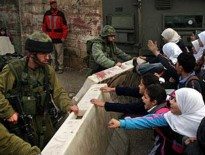 Commentary Zealots Should Not Oversee Holy Sites
0
wpDiscuz
We use cookies to ensure that we give you the best experience on our website. If you continue to use this site we will assume that you are happy with it.Ok