Trending
You are at:Home»Categories»Features»Russia may be escalating military role in Syria
By Los Angeles Times on 5 September 2015 Features, Politics

By W.J. Hennigan and Brian Bennett contact the reporters

U.S. intelligence has captured evidence of a significant escalation of Russia’s military engagement in Syria’s civil war, including satellite images of an apparent Russian base for staging troops and heavy equipment under construction near a port city that is a stronghold for Syrian President Bashar Assad, U.S. officials say.

The reconnaissance photos of possible military housing being built near the international airport in Latakia province provides strong evidence of deepening involvement by President Vladimir Putin’s government in the four-year-old Syrian war, according to the officials, who requested anonymity because they were not authorized to discuss the matter publicly.

In addition, the Russians have asked at least one country bordering Syria for a window of time to fly a detachment of warplanes over its territory and into Syria, the officials said. The officials would not name the country, but Turkey lies between Russia and Syria.

U.S. officials have not come to a firm conclusion about Russia’s military intentions in Syria. But they fear Moscow will help Assad’s forces attack the government’s opponents, some of whom the U.S. backs. The increased Russian involvement could extend Assad’s hold on power and further prolong a civil war that has pitted shifting alliances of dozens of armed factions, including the Islamic State militant group, against the government in Damascus.

“It’s obviously a big concern,” one official said. “If they’re moving people in to help the Syrian government fight their own fight, that’s one thing. But if they’re moving in ground forces and dropping bombs on populated areas, that’s an entirely different matter.”

Until now, the Russian government has provided the Assad government financial support, intelligence information, weapons and spare parts for its Russian-made military equipment, but had not sent troops to Syria.

The White House said it was closely monitoring reports of Russian military operations in Syria after images of Russian-built warplanes and reconnaissance drones appeared on social media accounts belonging to Syrian opposition fighters. The pictures purportedly showed the aircraft operating near Idlib province in northwestern Syria. Idlib, like Latakia, is in the part of the country dominated by the Alawite sect, the religious minority group to which the Assad family belongs.

“Any military support to the Assad regime for any purpose, whether it’s in the form of military personnel, aircraft supplies, weapons or funding, is both destabilizing and counterproductive,” White House spokesman Josh Earnest said Thursday.

Russian Embassy officials in Washington did not respond to multiple requests for comment, but Russian presidential press secretary Dmitry Peskov said last month that Russia had no plans to send troops to Syria.

Still, the Kremlin has long stated its support for Assad in the fight against insurgent groups, including the Islamic State militants who control large swaths of Iraq as well as Syria.

The Syrian government is one of Russia’s only allies in the region. Russia’s sole military installation outside the borders of the former Soviet Union is a Cold War-era naval base in the Syrian city of Tartus. The base is some 35 miles south of Bassel al Assad International Airport, where the new Russian staging area is apparently being built.

With the buildup, the Russians could be looking to increase their ability to resupply Assad’s forces and bolster his tenuous hold on power. Assad’s army has lost large numbers of soldiers and weapons amid rebel advances. The Russians also could help guard the Alawite home territory to ensure that Assad has a secure escape route and refuge if he loses control of the capital.

While Putin routinely rejects Western demands that Assad step down and make way for peace and a new government of national unity, the Kremlin leader has lately intimated that his support for the embattled Syrian leader may have its limits.

Turkish President Recep Tayyip Erdogan met with Putin in June and told journalists that he sensed a change in the Russian leader’s previously unfettered backing of Assad.

“He is no longer of the opinion that Russia will support Assad to the end. I believe he can give up Assad,” Erdogan said.

Russian Foreign Minister Sergei Lavrov has been on a diplomatic offensive in recent weeks trying to marshal support for a plan to bring peace to Syria that would include a role for Assad. But those talks with Saudi and other Middle East leaders have failed to win over opponents.

The new military buildup could reflect a recognition by the Russians that with those talks going nowhere, Assad needs more help from them.

“It’s pretty obvious that all the Russian logistics preparation is to do something significant in support of Assad,” said Christopher Harmer, a military analyst at the Institute for the Study of War, a nonpartisan public policy group in Washington. “At this point, it’s too big to be a misdirection.”

The Obama administration has said it would welcome Russia’s involvement to help defeat Islamic State, the Sunni Muslim group also known as ISIS or ISIL. So far Russia has not joined the campaign against the militants and has avoided direct involvement in the fight.

Asked Friday about that possibility, Putin brushed it aside.

“We are already providing Syria with quite strong support in terms of equipment, training of military servicemen and weapons,” he said during an appearance in the Russian city of Vladivostok, according to the RIA Novosti news agency.

Dmitry Gorenburg, a senior research scientist at CNA, a nonprofit think tank based in Arlington, Va., said the Russians might seek to escalate their involvement “if they believe Assad needs more help to deal with ISIS.”

Since the Syrian civil war began in 2011, a steady stream of Russian weapons and resupply shipments have entered Syria to help Assad’s forces. But in recent weeks, reports show that assistance escalating.

In August, news footage from Syria showed updated versions of Russian-made BTR-82A fighting vehicles with Russian military markings that hadn’t been seen before in the country. A video clip from the conflict also appeared to show orders being given in Russian to a tank operator.

Also last month, a website that tracks ships moving through the strait between the Black Sea and the Mediterranean published photos of a Russian landing ship that appeared to be carrying several armored vehicles under camouflage netting and four military transport trucks.

This week, a Twitter account associated with the Nusra Front, an Al Qaeda affiliate fighting Assad’s forces, published what appeared to be images of Russian attack aircraft, including a Russian-made drone and a Sukhoi SU-34 fighter jet. The account claimed the aircraft were photographed flying over Idlib, where Syrian opposition forces recently have made advances into government-controlled territory.

“Russia is one of Syria’s most important allies and has supplied military and political support to the Assad regime since the beginning of this crisis,” a U.S. intelligence official said. “Whether stories of increased Russian assistance are wishful thinking or real support, they do highlight the increasing desperation of the Assad regime.”

Russia may be escalating military role in Syria 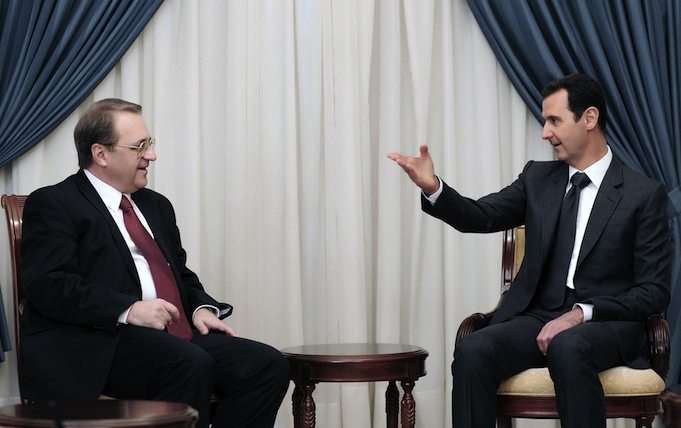 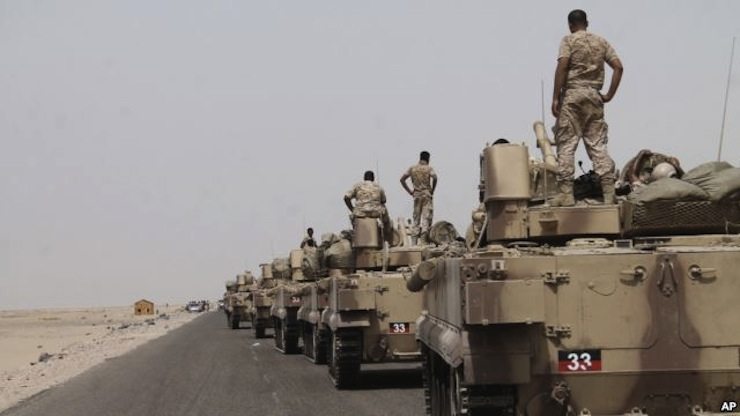 Features In Yemen, Anti-Houthi Operations Confront Forceful…
0
wpDiscuz
0
0
Would love your thoughts, please comment.x
()
x
| Reply
We use cookies to ensure that we give you the best experience on our website. If you continue to use this site we will assume that you are happy with it.Ok