So he is gone.

Michel Platini’s drink at the last chance legal saloon of the Council for the Arbitration of Sport (CAS – the supreme court for sports) just ended.

Here is the background.

Michel Platini “advised” Sepp Blatter, the former president of FIFA, between 1999-2002. Just before the 2011 FIFA Presidential election, where Michel Platini chose not to run against Blatter, he received a payment of 2 million Swiss Francs from Blatter. Their story was that this payment was in recompense for the advice that Platini had given him eight years before.

The judges wrote that Blatter’s payment to Platini may have been bribe for Platini not to run for FIFA President. This would have meant that Blatter got one more term unopposed from the then-popular Platini.

The official statement says, “(CAS) was not convinced by the legitimacy of the 2,000,000 Swiss francs payment, which was only recognised by Mr. Platini and Mr. Blatter… (the money was received) more than eight years after the end of his work relations, was not based on any document established at the time of the contractual relations and did not correlate with the alleged unpaid part of his salary.”

End of story for Michel Platini. He is banned from all football activities for the next four years. This means he can have no official connection to the game that he devoted his life to. No part-time coaching, no refereeing a charity game, no directorship at AS Saint-Étienne (his first club) – no official connection with next month’s European Football Championship in France.

This is a great pity.

Platini in my direct experience was genuinely concerned with match-fixing. His executives brought me to the UEFA headquarters at Nyon, after my first book appeared in France and we spoke about how they could protect European football.

In the fight against fixing in football, Platini’s UEFA got badly beaten up. They lost two integrity officers who were unwise enough to speak their minds to journalists. In his campaign to become FIFA President, Michel Platini lost the unequivocal support of every dodgy European Football Association (i.e. almost every association east of the Danube).

Worst is the ghastly spectres who are emerging from the woods to replace Platini. There are some good people but there are some Voldemort-types whose names are being bandied about who could take European Football down some very, very bad avenues.

There is much that Platini did that was regrettable. His support of the Qatari World Cup bid (ostensibly on direct orders from the French President’s offices). His stupidity in accepting any payment from Blatter. But there are far, far worse people in international football. Platini was, generally, one of the good men.

We will miss Platini.

The Court of Arbitration for Sport (CAS) has rendered its decision in the arbitration procedure between Michel Platini and the Fédération Internationale de Football Association (FIFA).

On 26 February 2016, Michel Platini filed an appeal at the CAS to request the annulment of the decisions issued by the Adjudicatory Chamber of the FIFA Ethics Committee and by the FIFA Appeal Committee suspending him for six years from any football-related activity at a national and international level and imposing upon him a fine of CHF 80’000.

A hearing took place at the CAS headquarters in Lausanne, Switzerland on 29 April 2016.

The arbitral Panel noted the existence of a valid employment contract between Michal Platini and FIFA, signed in 1999 and including an annual salary of CHF 300’000. Such contract was performed by the parties and terminated in 2002 when Mr. Platini became a member of the FIFA Executive Committee.

It was not until 1 February 2011 – 4 months prior to the FIFA presidential elections and at a moment when Sepp Blatter and Mohamed Bin Hammam were both still candidates to the election – that FIFA paid the amount of CHF 2’000’000 in favour of Mr. Platini.

Mr. Platini justified such payment as back pay, explaining that he had orally agreed with Mr. Blatter in 1998, when the future FIFA President was negotiating with him, to an annual salary of CHF 1’000’000.

The Panel, however, was not convinced by the legitimacy of the CHF 2,000,000 payment, which was only recognized by Mr. Platini and Mr. Blatter, and which occurred more than eight years after the end of his work relations, was not based on any document established at the time of the contractual relations and did not correlate with the alleged unpaid part of his salary (CHF 700’000 x 4 = CHF 2’800’000).

Moreover, the Panel took note that Mr. Platini benefited from the extension of a pension plan to which he was not entitled.

Consequently, the CAS arbitrators unanimously determined that Mr. Platini obtained an undue advantage in breach of Article 20 of the FIFA Code of Ethics.

Furthermore, the Panel also found Mr. Platini guilty of a conflict of interest in breach of Article 19 of the FIFA Code of Ethics.

Based on such findings, the CAS Panel considered that the suspension imposed by FIFA on Mr. Platini was nevertheless too severe and therefore decided to reduce such suspension to four years, which corresponds to the duration of a presidential term.

The CAS Panel was of the opinion that a severe sanction could be justified in view of the superior functions carried out by Mr. Platini (FIFA VicePresident and UEFA President), the absence of any repentance and the impact that this matter has had on FIFA’s reputation.

Finally, the Panel also reduced the fine imposed on Mr. Platini in a similar proportion and set it at CHF 60’000.

The arbitral award with the grounds will be notified to the parties concerned in a few weeks. 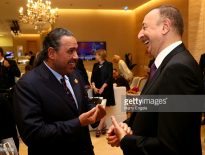 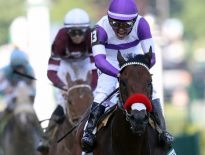 International Sports Heavily favored Nyquist wins Kentucky Derby
0
wpDiscuz
0
0
Would love your thoughts, please comment.x
()
x
| Reply
We use cookies to ensure that we give you the best experience on our website. If you continue to use this site we will assume that you are happy with it.Ok