Trending
You are at:Home»Categories»Features»Referendum-like vote in North Cyprus
By Yusuf Kanli on 10 February 2020 Features

The upcoming presidential vote in North Cyprus will be some sort of a referendum on what kind of a settlement Turkish Cypriots want on the island. The Turkish Cypriot electoral board has decided that the first round of the presidential vote will be held on April 26 and should none of the candidates receive more than half of the valid votes, the second round of voting will be held on May 3.

With the election date coming closer, presidential hopefuls and the political parties, newspapers and businessmen supporting them have intensified efforts to sponsor public opinion polls.

These public opinion polls are unfortunately rather biased and unreliable as they not only seriously contradict with each other, but a cross-check within the same poll also demonstrates that there was a serious manipulation effort. For example, the total vote of two pro-federation candidates exceeded 42 percent in one of the most trustworthy one of these polls. But the same poll stressed that only around 12 percent of Turkish Cypriots wanted a federal settlement. How could those that do not believe a federation could be achieved support presidential hopefuls who have been saying they would negotiate nothing but a federal settlement?

Yet, all the polls conducted so far demonstrate that, along with economic difficulties, rising costs of living, unfinished infrastructure projects and such issues pertaining to living quality in North Cyprus, most Turkish Cypriots will vote on April 26 with the Cyprus problem and which of the candidates might contribute more to a resolution. Indeed, the polls also underline that people believe there is a strong correlation between the economic, political, cultural and even sportive isolation of North Cyprus, problematic perceptions of the leftist segments of society regarding Turkey and a frustration with the Cyprus intercommunal talks dragging on intermittently since 1967.

Among Turkish Cypriots there is a strong desire for a settlement and reintegration with the global community. While centrist and center-right politics build their policies and strategies on the proven disinterest of the Greek Cypriot leadership in a federal resolution that require the two people of the island share governance, sovereignty and the territory on the basis of bi-zonality, bi-communality and political equality of the two linguistically, ethnically and religion- wise distinct communities, the socialist and further leftist parties and groups believe Cypriotness should be strong enough to overcome other differences and the two communities must be able to develop a single national identity. Thus, while centrist politics, particularly since the collapse of the previous round of talks in Crans Montana in July 2017 believe federation has become a target impossible to attain, the left – though initially they agreed with the conservatives immediately after the 2017 collapse of talks – remains committed to the federation with Greek Cypriots goal.

There are currently five candidates, four of them officially announced their intention, while the fifth, incumbent Mustafa Akıncı, is so far shy in declaring his candidacy. Akıncı and socialist republican Turks Party (CTP) leader Tufan Erhürman are stressing that U.N. resolutions on Cyprus all call for the creation of a federal Cyprus, therefore, they would continue pressing the Greek Cypriots to accept to agree to a federal deal. The only difference between the two is that Erhürman is also stressing that, should Greek Cypriots continue dragging their feet, the Turkish Cypriot state should move to resolve its problems and consolidate itself.

National Unity Party (UBP) leader and current Prime Minister Ersin Tatar has been stressing his belief that time has come to open velvet divorce talks with Greek Cypriots and resolve the Cyprus problem in a “two states in European Union” format. Yet, he as well has been stressing that should Greek Cypriots agree to open constructive, result-oriented federation talks with a tight timeframe, he could accept it.

People’s Party leader and Foreign Minister Kudret Özersay, a former chief negotiator, was one of the strongest supporters of “two states in EU” concept, but he has lately started saying that if talks cannot lead a settlement, perhaps a phased approach must be adopted. His proposal to open Varosha to the resettlement of its former Greek Cypriot residents under interim governance of the Turkish Cypriots is an example, probably, that he has in mind. Would it work? As he has been the Turkish Cypriot politician closest to Ankara during these days, perhaps he has some serious contingency plans to force Greek Cypriots into a serious exercise.

Erhan Arıklı, the leader of the New Birth Party (YDP), a party mostly supported by people with mainland Turkey background, on the other hand, was the only conservative or centrist presidential hopeful categorically declaring that if elected president, he would never, ever talk about federation with Greek Cypriots. 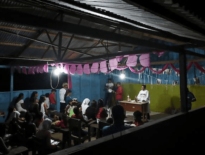 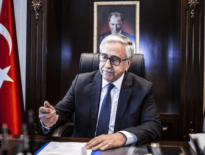 Headlines Ankara slams Turkish Cypriot leader for remarks, A…
0
wpDiscuz
0
0
Would love your thoughts, please comment.x
()
x
| Reply
We use cookies to ensure that we give you the best experience on our website. If you continue to use this site we will assume that you are happy with it.Ok