Trending
You are at:Home»Categories»Headlines»Quick renewal of Pak-Saudi ties
By Senator Rehman Malik on 1 September 2020 Headlines

There were many difficult moments where Saudi Arabia’s help cannot be forgotten as it remained as an all-weather friend with us.

I recall those fond old memories which I experienced every time I went to Saudi Arabia and was received at the steps of the plane by the then HRH Crown Prince Mohummad Bin Naif, and every time my meeting with His excellency King Abdullah Bin Abdul Aziz used to last for hours and the discussion was mostly on South Asia and the Middle East.

I remember how carefully and amicably the Saudi team handled the negotiations with Iran which were led by me on the initiative of President Asif Ali Zardari.

They always expressed great thoughts for the people of Pakistan and Saudi authorities always have a special place for Pakistan.

It will not be wrong to say that the relationship between Pakistan and Saudi Arabia has always been close and friendly. Pakistan, considered one of the strongest military states, has assumed the role of a guardian of host to the two holiest cities of Islam, Mecca and Medina and the destination of Muslim pilgrims from across the world; Saudi Arabia, against any external or internal threat to the holy places.

Saudi Arabia has remained as the strongest supporter of Pakistan in the matter of Kashmir in the past; we need to examine and see what went wrong that Saudi Arabia decided to invest billions of dollars in India rather than in Pakistan.

Both the countries have enjoyed sound political, diplomatic, military and economic relations until the recent times and a sudden change in the attitude of Saudi Arabia needs to be properly looked into and we must work out to identify and redress the misunderstanding through mutual discussions.

In 2018, on the request of Pakistan, he gave Pakistan $3 billion in aid and loans, of which $1.5 billion was deposited in Pakistan’s central bank.

Further, a loan worth up to $3 billion was also given in deferred payments for oil imports to help stave off our current account crisis, while Saudi Arabia negotiated a bailout deal with the International Monetary Fund.

During the same year, Saudi Arabia under HRH King Salman, announced plans to establish an oil refinery at Gwadar, with a proposed capacity of 500,000 barrels per day by investing $30 billion. In 2019, it paid $20 billion to finance developmental projects in Pakistan.

HRH Prince Mohammad Bin Salman has also been taking keen interest in bringing new reforms to the Kingdom that includes economic reforms as well as strengthening relationships with other Muslim states.

As an honour to Pakistan, HRH King Salman Bin Abdul Aziz had also appointed our former COAS Raheel Sharif as the head of the Saudi-led, Islamic Military Alliance in 2017 which shows the strength of the relationship regardless of which party has been in power in Pakistan as both Nawaz and Peoples party had always respected the role of Saudi Arabia in the Islamic world.

It should also be noted that Imran Khan, upon becoming the Prime Minister had requested the HRH Crown Prince Mohammad Bin Salman to release hundreds of Pakistanis prisoners as an honour to his visit to Pakistan which was instantly agreed upon by his excellency.

Why have we annoyed the kingdom with our undiplomatic approach?

I also believe that the PM stance and his remarks about Yemen should be mentioned in some context as he criticized the role of the coalition in Yemen while Saudi Arabia had always stood beside Pakistan.

During the 1990-1991 Persian Gulf War, Pakistan extended its military support to Saudi Arabia to protect the Islamic holy sites in Saudi Arabia by sending its troops.

In fact, the relationship started deteriorating when Gen. Mirza Aslam Beg, the then-chief of staff of the Pakistani army openly expressed support against the official policy of the then government by extending support to Saddam Hussein’s regime in Iraq which was a highly unbecoming move that annoyed Saudi leadership.

The wheel of time brought this investigation into my lap when I was director FIA and I was asked to look into the matter as to why Gen Aslam Baig announced the support to Sadam Hussain annoying the then govt so I investigated it thoroughly and submitted a report to Gen Babar, the then Interior Minister. This report revolves around a black briefcase which was recovered from a top businessman.

I also interrogated Mr Younas Habib, the leading accused of the Mehran Bank scandal and a business tycoon but I will leave the details for some other time. I however also briefed then PM Shaheed Mohtarma Benazir Bhutto about some leads to New York found from the said black brief case of a businessman.

Saudi Arabia was the only country that promised on the day of the nuclear test to supply free oil of 50,000 barrels per day to help Pakistan deal with likely economic sanctions by the US.

Saudi Arabia was the first one to come in response to the 2005 earthquake in Azad Jammu Kashmir and Northern areas of Pakistan. The then King Abdullah Bin Abdul Aziz had announced an emergency aid package worth 133 million dollars for Pakistan and other crucial support.

Nawaz Sharif had best of the best relations with Saudi Arabia and so the country went out of the way to get him out of jail under General Pervez Musharraf’s regime and then moments came when Saudi Prince Muqrin came with a special letter from King Abdullah Bin Abdul Aziz addressed to Nawaz Sharif to spare the life of General Pervez Musharraf and not to register a case against him during the PPP & PML N coalition govt. Why Saudi Arabia had to request Nawaz Sharif is a long historic part of our history which will be written in the form of a book with surprising facts. The fact remains that there had been great interest in Pakistan by Saudi Arabia and this sudden change in the attitude of Saudi Arabia needs to be analysed.

Saudi Arabia is the largest source of petroleum for Pakistan. In 2018, on request of Pakistan, it gave Pakistan $3 billion in aid and loans, of which $1.5 billion was deposited in Pakistan’s central bank.

“Lately, Saudi Arabia had announced to end the loan and oil supply deal with Pakistan along with forcing Pakistan to repay $1 billion loan after the aggressive statement by Foreign Minister Shah Mehmood Qureshi that the Saudi Arabia led Organisation of Islamic Cooperation (OIC) was not doing enough to pressure India on the Kashmir issue. He in his statement had warned the Saudi-led Organization of Islamic Cooperation (OIC) that if it didn’t convene a meeting of the OIC’s Council of Foreign Ministers to discuss Indian aggression towards Jammu and Kashmir as well as the revocation of Article 370 by India on August 5 last year, Pakistan would move to call a meeting of Islamic countries that would stand by it on the Kashmir issue.”

The sudden undiplomatic expression by Shah Mehmood Qureshi has cost us heavily resulting in the breakdown of our relations with Saudi Arabia. This statement was obviously not liked by Saudi authorities, hence, they forced Pakistan to return $1 billion.

This recent unfriendly situation arose because an undiplomatic statement of FM needs to be examined at depth should be rectified. The nation needs to know if this statement was delivered on his own or it has the input of his senior leaders of his party or duly cleared by the PTI cabinet.

If he had given this statement on his own, then he owes an explanation to the nation and if this statement was given under the directions of the PM then PM needs to come to the Parliament to give his explanation.

I am left with no other option except to raise in the house on point of order and will continue my efforts unless I get the inside response. The govt should be open in stating as to why our relation with Saudi Arabia have gone bad? Why it is being kept hidden even from the parliament?

it is unfortunate that Saudi-Pak relations were dented twice by two Pakistani individuals at positions of authority for their unwarranted and undiplomatic statements annoying Saudi authorities.

This statement has created odd relations between the two friendly countries and it is the right of the public to know about the real background as now, unfortunately, we have gone to the lower end of friendship and we need to improve it by using all our resources.

We should not lose our great friend Saudi Arabia like this and let us hope that Pakistan tries the mediation of UAE or Egypt to clear the misunderstandings with Saudi Arabia without wasting any further time.

We have no option except to restore our relations with Saudi Arabia and my sources say that a western country will play its role to get it sorted through the leaders who matter on both sides.

Author Note: Opinions expressed are solely my own and not necessarily to reflect the views or opinions of my party. 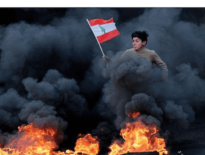 Headlines A Revolution in All Its Implications 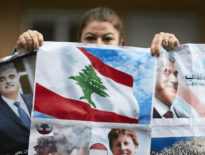 Headlines Man convicted in 2005 assassination of former Leba…
0
wpDiscuz
0
0
Would love your thoughts, please comment.x
()
x
| Reply
We use cookies to ensure that we give you the best experience on our website. If you continue to use this site we will assume that you are happy with it.Ok