Russian President Vladimir Putin would no doubt find it convenient if the Russian Orthodox Church were fully subordinate to his political project. He must have been quite pleased when, for example, the current head of the church, Patriarch Kirill of Moscow and all Rus’ (the geographic reach of the title is significant), declared prior to the 2012 presidential election that the prosperity and stability Russia has enjoyed since Putin took power in the 2000s was a “miracle of God.”

And Putin surely didn’t lose sleep over the dismissal of two outspoken Orthodox figures that many in the church had come to regard as political liabilities (although their terminations appear to have had more to do with the patriarch’s dislike of dissenting opinion than a failure to toe the Kremlin line). The first to be ousted was Sergei Chapnin, the liberal-leaning editor of the Journal of the Moscow Patriarchate, who had become critical of the neo-imperial nationalism that some clerics espoused and of the ideologically driven “post-Soviet civil religion” taking hold in Putin’s Russia. The second was Father Vsevolod Chaplin, the conservative head of the Department for the Cooperation of Church and Society, who was ostensibly fired because his department was slated for reorganization. An enigmatic figure known for making controversial remarks, Chaplin had disagreed with the patriarch on many issues, including the conflict in the Donbas and the nature of the church’s relationship with the government.

At the same time, however, there is much that suggests that the Russian Orthodox Church is not simply the handmaiden of the state. Rather, the church seems to outwardly enjoy a good deal of influence and prestige over the government, despite the formal separation of church and state enshrined in the 1993 Constitution. Putin and his entourage, for their part, prefer to reinforce such perceptions. They are frequently photographed attending liturgical services and otherwise paying obeisance to the church as a touchstone for national identity. The Russian president, often seen wearing an Orthodox three-bar cross, is likewise not shy about recounting how he was secretly baptized as an infant by his mother during Soviet times. It is also a fact that Putinhelped facilitate the 2007 reunification between the Russian Orthodox Church and the Russian Orthodox Church Outside of Russia, a fiercely anticommunist body based in New York City and largely composed of the descendants of nobles and intellectuals who fled the Bolsheviks in the wake of 1917.

It isn’t hard to see why Putin would tie himself to the church. The Orthodox Church is distinctly popular in contemporary Russia, consistently ranking among the top three institutions that Russians report trusting most. (An October 2015 survey found 80 percent trust the president, 64 percent the army, and 53 percent the church; by way of comparison, only 24 percent trust the media, 21 percent the court system, and 18 percent the police.) Moreover, between 1991 and 2008the percentage of Russians who identify as Orthodox increased from 31 percent to 72 percent. The affiliation, however, is overwhelmingly cultural rather than faith-driven. During the same period, for example, the percentage professing belief in God only went from 38 percent to 56 percent, and those reporting belief in an afterlife remained stagnant (33 percent in 1991 versus 32 percent in 2008).

Meanwhile, the church has benefited from the close ties between its leadership and the government. In 2011, then President Dmitri Medvedev granted the patriarch a residence in the Kremlin. In late 2010, Russian legislators passed a long-awaited bill allowing the return of Church property seized by the Soviet Union, codifying and expediting a process that had been proceeding piecemeal since the 1990s. The Russian Orthodox Church and affiliated organizations have also been the country’s biggest recipients of presidential grants in recent years, receiving more than 256 million rubles in funding between 2013 and 2015. (Other major beneficiaries include organizations that promote the regime’s geo-political interests, such as the Eurasian Youth Union and the Institute for Eurasian Studies, along with so-called patriotic youth groups close to the Kremlin.)Outward appearances of a strong bond, however, can be deceiving. The church’s and Kremlin’s preferences do not always align, and the church’s worldly influence, in any case, is quite circumscribed. Although Putin is more than willing to invoke the church’s imprimatur when it suits his agenda, the church does not have much independent ability to either set or sway that agenda. Indeed, since the fall of the Soviet Union in 1991, the Russian Orthodox Church has had surprisingly little success in pursuing its political goals when these did not coincide with the Kremlin’s interests.

It is thus too simplistic to view the church as simply an extension of the state, just as it is naive to assume that it has much power to achieve political objectives over the state’s head. The truth falls in between, with Putin’s government leaning on the church to provide it a veneer of historical and cultural legitimacy, and the church relying on the Kremlin to uphold its position as a moral arbiter for society. The tensions in this convoluted relationship have revealed themselves in Russia’s soft-power promotion efforts, as well as during its interventions in Ukraine andSyria.

In 2007, the Kremlin established the Russkiy Mir (Russian World) Foundation, embarking on a concerted soft-power campaign to promoteRussian language and culture beyond the country’s borders. The project initially focused on fostering closer political and economic ties with Russian speakers in the former Soviet republics, but it soon came to encompass a worldview constructed in conscious opposition to the West. The evolving emphasis of the project became especially noticeable around the time of the first large-scale anti-regime protests in late 2011, when allegations of fraud in the wake of Russia’s legislative election brought people out onto the streets. Followed in short order by the Pussy Riot scandal in February 2012 and the uproar over the so-called 2013 LGBT propaganda law, these events cast a pall over the Sochi Olympics and tarnished Russia’s reputation on the world stage.

The Kremlin’s response was twofold. On the legislative side, parliament passed three bills (the 2012 Foreign Agents Law, the 2013 Law Protecting Religious Feelings, and the 2015 Undesirable Organizations Law) that were officially designed to curtail the activities of foreign organizations on Russian soil and protect the sensibilities of believers but which, in truth, curbed freedom of speech and hobbled civil society. On the ideological side, the regime placed new urgency on portraying oppositionists as a treacherous fifth column corrupted by their embrace of permissive Western attitudes and money from foreign donors. In other words, the Kremlin’s rhetoric shifted from opposing the negative effects of Western actions around the globe to opposing the West in principle, portraying it as an excessively individualistic civilization fundamentally incompatible with Russian values. The conflation of Russia’s economic, political, and military interests with a moral opposition to the West was sharply evinced in Putin’s 2013 speech at the Valdai Discussion Club, where he insisted: “We can see how many of the Euro-Atlantic countries are actually rejecting their roots, including the Christian values that constitute the basis of Western civilization. . . . They are implementing policies that equate large families with same-sex partnerships, belief in God with the belief in Satan.”

In this effort, Putin and the church would seem to be well aligned. The Russian Orthodox Church has always viewed society as a communal organism; it is skeptical of the kind of individualism promoted by liberal thought. It is also conservative in its social values and exquisitely sensitive to perceived encroachments on its spiritual turf by foreign religious groups. Kirill, moreover, has long painted himself as a cultural warrior, even before Putin’s conversion to the cause. Further, given that the Russian Orthodox Church’s canonical territory surpasses Russia’s current borders—it mirrors to a significant extent the footprint of the Tsarist, and later Soviet, empires—the promotion of Russian soft-power abroad via the reimagined Russkiy Mir project looks like a natural fit for church-state collaboration.

Nonetheless, the reasons for countering the perceived hegemonic pretensions of Western liberalism are understood in somewhat different terms by Putin and the Patriarch. For the Russian president, the moral and ethical component of the Russkiy Mir represents an add-on to realpolitik objectives. Kirill, meanwhile, views the promotion of conservative values as primarily a theological undertaking that can be aided by political means. He sees the project as having both external and internal dimensions, and therefore advocates a “second Christianization” of Russia to rid it of the lingering effects of Soviet atheism, such as its declining but still extremely high abortion rate. These different understandings have occasionally created tensions between the Kremlin and the church over how overtly religion should impact public life.

For example, since the 1990s, the church has strenuously advocated for Orthodoxy to be taught in Russian schools. It was not until 2012, though, that the Ministry of Education and Science implemented a nationwide curriculum called the “Fundamentals of Religious Cultures and Secular Ethics.” And even that represented a compromise for the Russian Orthodox Church, since instruction was to be provided by secular teachers and parents were allowed to choose between “modules” emphasizing Orthodoxy, Islam, Judaism, Buddhism, World Religions, and Secular Ethics (the last option proved most popular).

Putin’s Patriarch: Does the Kremlin Control the Church? 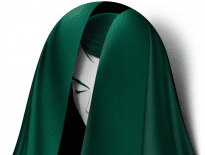 Culture & religions The Sexual Misery of the Arab World 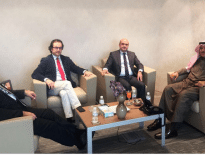 International Sports Minister Sheikh Salman lauds Lebanon’s suppo…
0
wpDiscuz
0
0
Would love your thoughts, please comment.x
()
x
| Reply
We use cookies to ensure that we give you the best experience on our website. If you continue to use this site we will assume that you are happy with it.Ok