The kingdom already has much of the equipment needed to intercept Iranian air attacks, but it needs Washington’s help on reacting more quickly, deterring Tehran, and establishing joint defense networks with other Gulf states.

The reasons why Saudi Arabia failed to intercept the recent attack on Abqaiq and Khurais are no mystery: its air defenses were overstretched, badly coordinated, and not operated on a wartime footing. This failure does not mean that Iranian cruise missile and drone strikes will succeed every time, but it does underline the need to offer practical defensive assistance from abroad, and to restore deterrence by imposing costs on Iran.

An integrated air defense system (IADS) like Saudi Arabia’s can be compared to the human body. The air surveillance (ASV) section is the eyes and ears. The battle management system is the brain and nervous system that processes information, makes decisions, and assigns tasks to other parts of the body. The weapons-control and interception systems (surface-to-air missiles, guns, electronic warfare units) are the muscles and limbs that actually take action. No IADS can be effective unless all of these systems work together, and this level of coordination requires regular training.

Saudi Arabia has invested very heavily in such systems since the 1970s, but even a well-resourced IADS cannot protect every approach from every threat, especially when the kingdom’s radars and interception systems only cover strategic segments of the country. Prioritizing threats is important in a large nation like Saudi Arabia, which has vast expanses of empty terrain, widely separated strategic targets, and potential hostile actors on multiple frontiers. Historically, it has faced four types of threats to its airspace, all of which have shaped its IADS:

As the above threat list indicates, the September 14 attack came at a time when Saudi missile defenses were overstretched. Apparently, the combined drone/cruise missile strike entered the kingdom from the north near the border with Iraq and Kuwait, which blindsided air defenses protecting the targeted areas because most of them face east and do not have 360-degree coverage. This path, combined with the low-altitude capabilities of the weapons involved, exploited holes in the IADS caused by scarcity of radar systems and physical limitations like the curvature of the earth.

Iran has had decades to observe Saudi air defenses and likely recognized all of these vulnerabilities. The May 14 attack launched from Iraq may have been intended to test these same weaknesses.

Another problem is the Saudi system’s failure to react when anecdotal information from social media and local reports hinted that an attack was coming. An ASV network does not have to rely solely on radars and related technology—for example, Saddam’s Iraq developed a capable network of visual observers and acoustic stations to report the sounds of incoming cruise missiles. Yet the Saudi IADS failed to incorporate readily available information in this case, reflecting a lack of training in the northern air defenses. In contrast, more experienced personnel on the Yemen front have become adept at using visual observers to help direct radars to the right vector on narrow-beam mode, giving them the sensitivity needed to spot small targets.

Even if a proper warning had been issued, intercepting the attack would have been both difficult and risky with Saudi Arabia’s current systems. Its older Skyguard radar-controlled antiaircraft guns and Shahine short-range surface-to-air missiles were designed to counter aircraft and would struggle to intercept smaller and slower cruise missiles and drones. Using these defense systems in built-up areas or civilian airspace would also raise concerns about collateral damage and misidentification. To minimize these risks while successfully engaging the attack in the two to three minutes between detection and impact, local personnel would need to take bold, precise action with little room for miscalculation.

The main problems with Riyadh’s air defense network do not lie in the kinds of interceptor missiles it has on hand, so simply purchasing more of these systems is no solution. Moscow has offered to sell the kingdom S-400s, but if Russian interceptor missiles were the answer, then the situation in nearby Syria would look very different—Iranian forces there would not have been repeatedly hit by Israel, Islamic State drones would not regularly strike Russian sites at Hmeimim Air Base, and Russian mercenaries in Deir al-Zour would not have been pulverized by U.S. airpower in February 2018.

What Saudi Arabia really needs is U.S. advice on finding a combination of solutions to deter future attacks and increase the effectiveness of its IADS.

In addition, the Saudis might benefit from the fact that Iran no longer has the same element of surprise seen in the September 14 attack, at least not to the same degree. Tehran moved more boldly than many would have predicted, openly striking the most important energy target in the world at long range. As a result, however, the Saudis and their partners now understand that no targets or weapons are off limits to Iran. Tactical surprise will be more difficult to generate as well, since the accuracy and low-altitude capabilities of Iranian weapons are now better understood.

At the same time, Tehran is unlikely to use the same approach if it attacks Saudi Arabia again. Since 2017 alone, it has targeted the kingdom via cyberattacks, Shia militant raids in the restive Eastern Province, Houthi ballistic missile strikes, sabotage/seizure operations against ships, drones launched from Iraq, and the latest cruise missile/drone attack from the north. If there is any pattern to all of this, it is that Iran does not strike twice in a row in the same place, against the same vulnerability, using the same means. In fact, it seems eager to test its own capabilities and demonstrate its range of coercive tools while remaining unpredictable.

This fact places a premium on improving general alertness in the Saudi IADS and maintaining tight communications with international partners. Riyadh has already signaled its willingness to move to a wartime footing by testing air raid sirens on September 20, a major step for a government that prefers to reassure the public rather than admit its vulnerabilities. Going forward, the kingdom should keep in mind that the IADS itself may become a future priority target for Iranian kinetic or cyberattacks.

Finally, the United States needs to work with the international community to deter Iranian attacks on Saudi Arabia. Recently announced U.S. troop deployments may buy Riyadh more time to improve its defenses and benefit from American training and equipment, but a continual U.S. presence is only one of many elements needed for a long-term solution. Tehran appears determined to keep escalating against the Saudis and the global energy market until the cost of doing so becomes excessive. One way to raise that cost is through multilateral diplomatic censure at the UN, since the regime may be sensitive to diplomatic isolation by key players such as France, Germany, Japan, and China. Washington should also work with Riyadh on inventive, quiet retaliatory measures that target key personnel or economic assets belonging to the Islamic Revolutionary Guard Corps (an option that will be discussed in a forthcoming Washington Institute study).

Michael Knights, a senior fellow with The Washington Institute, has studied Gulf military affairs and missile defenses for over twenty years. Lt. Col. Conor Hiney (USAF) is a 2019-2020 military fellow at the Institute. The views expressed are those of the authors and do not reflect the official policy or position of the U.S. Defense Department or the U.S. Air Force.

by Michael Knights and Conor Hiney time to read: 7 min 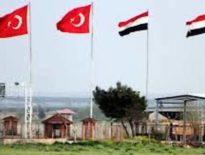 Commentary The story of Syria, Turkey, and the Arab League 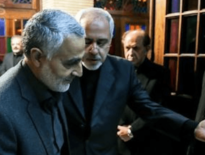 Headlines Iran’s Push for ‘Regime Change’ in Saudi Ara…
0
wpDiscuz
0
0
Would love your thoughts, please comment.x
()
x
| Reply
We use cookies to ensure that we give you the best experience on our website. If you continue to use this site we will assume that you are happy with it.Ok