The concepts of exile and refuge are ancient ones existing across many civilizations and cultures. The Ottoman Empire and other Muslim states provided refuge for newly stateless Sephardic Jews expelled from the Iberian Peninsula by the Catholic kings. The Ottomans even sheltered Lutheran Christians from Habsburg persecution. The U.S., from its beginning, has served as a refuge for all sort of political and religious refugees fleeing persecution elsewhere. Communist revolutionary Karl Marx found refuge in Victorian London after having to flee Continental Europe. He found shelter in the very empire and political-economic system he wished to see overthrown.

For decades now, Western countries have served as places of refuge for many Muslims fleeing repression by fellow Muslims in their own countries. Most foreign-born Muslims are doubtless deeply grateful for this sanctuary. Some may be born or grow up in the West in first-generation immigrant families, but at some point acquire a deep hatred or revulsion for the very country that has mercifully taken them in, as seen, for example, with the Tsarnaev brothers who carried out the Boston Marathon bombing in 2013.

Radicalization of second-generation Muslim immigrants, first in Europe and now in the U.S., is now a distinct, ongoing phenomenon.[1] Salafi-jihadism, of course, already provides a readymade ideological construct and justification – that of Al-Wala wal-Bara (loyalty and disavowal), for radicalized Muslims living under non-Islamic rule to follow.[2]

This important and pernicious principle provides an extremely detailed object lesson in alienation, and a blueprint for potential treason. An English-language website set up by “students” of the influential Arab-American Islamist preacher Ahmed Musa Jibril explains that Al-Wala (loyalty) is to be only to God and believers while disavowal (al-Bara) means hatred for the infidels, not imitating them in any way, not living in the lands of the infidels, not helping them, or being compassionate towards them.[3] The material seems to be taken verbatim from prominent Saudi cleric Salih Al-Fawzan, in an English translation made available online by the Salafi community in Calgary, Canada years ago.[4]

But while alienated children of migrant families are a real concern, perhaps more problematic, and certainly more notorious, are foreign adult open supporters of Salafi-jihadism who use the West as a platform to poison the minds of young Muslims, to rage against the very countries that shelter them, and to express their loyalty to the very terrorist groups that are openly committed to the destruction of these Western societies where they are living. These are not children, identity-challenged teens, or local converts, but fully formed extremists battening like parasites on the “infidel” lands they despise while braying for the destruction of their hosts. Although native-born extremists like Anjem Choudary are very similar in their discourse, I am not focusing on people like him in this piece but on a very specific subset of the jihadosphere.[5]

Much of this extreme discourse is nested in the venue of the pulpit. Extremist clerics flee the region and take up where they left off, preaching poison in mosques to emigres and their children. Others are recruited. In Spain’s Catalonia region, at least a third of all mosques are controlled by Salafis, and their number has increased from 21 in 2001 to 79 in 2016. Support from Salafi institutions in Saudi Arabia and Kuwait is tangible. Catalonian police fear that the greatest result of this trend is not yet terrorism but self-imposed social isolation.[6] Examples of Islamist clerics in the West attacking Jews and Christians and preaching an open discourse of violent Islamist supremacy are numerous,[7] although some opt for a more muted way of talking.[8]

But other foreign-born Muslim clerics, in both Europe and the U.S., have called for tolerance, and even sought to creatively expand liberal and humanistic discourses within Islam. In Virginia, scholar Dr. Ahmed Subhi Mansour weds Muslim women to non-Muslim men, promoting a religiously grounded view rejected by many Muslim jurists worldwide – i.e. that Muslim women have the same rights as Muslim men to marry outside their faith.[9] In France, Imam Amine Najdi has noted that Muslims are French citizens in every sense of the word “who abide by and respect the laws of this country.”[10] Even some Salafis have been quite open in their criticism of their Salafi-jihadi rivals.[11]

Extremist religious discourse may be a concern, but religious freedom has been and should always be a cornerstone of Western democracies. Certainly democratic states have every right to provide oversight of foreign clerics, exercise due diligence, and take action against them, but protections for free expression and free exercise of religion are precious and need to be safeguarded. As a Christian, I would want that for Muslims just as I would fight for it for my own coreligionists.[12] But I would also think that Western governments could do more to ensure that foreign clerics allowed in to minister domestic flocks are not extremists.[13]

But while much Islamist discourse can and should be protected in Western democracies, surely some speech is beyond the pale. What about foreign extremists based in the West who openly swear allegiance to terrorist organizations – organizations which repeatedly call for attacks on the West? 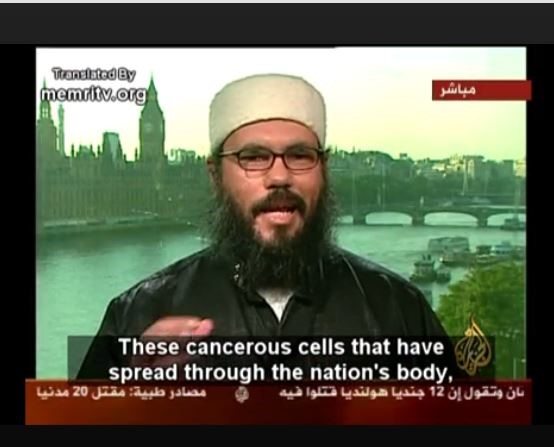 An early example of this sordid reality is Egyptian Islamist Hani Al-Sibai, who came to the United Kingdom in 1994 and claimed refugee status. Despite a high profile on pan-Arab media, multiple outrageous comments,[14] and various legal measures taken against him, he is still in London. Al-Sibai, who has several times clashed with MEMRI for calling him an extremist, lives in an expensive West London home subsidized by Her Majesty’s Government.[15]

Al-Sibai was accused in 2016 of playing a key role in the 2012 radicalization of two UK Muslims of Sudanese origin who joined the Islamic State.[16] He also influenced ISIS executioner Muhammad Emwazi (aka Jihadi John) and the gunman who killed vacationing British tourists in Tunisia.[17] It is not known if Al-Sibai has a sense of humor (he once noted that the English insulted Turks by calling an animal they eat a turkey),[18] but if he does, he has plenty to laugh about in doing such damage while being funded by the infidel taxpayer. 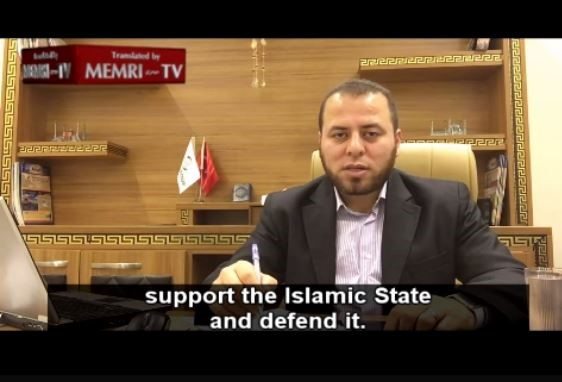 Hani Al-Sibai is a well-known figure in the jihadosphere, but many of the other extremist parasites, such as Malik Fndy in Germany, seem to have a much more reduced circle of influence. Fndy, a graduate student at the Technical University of Darmstadt, was briefly arrested after several videos he made and posted on Facebook came to light in February 2016. In them, he pledged his loyalty to ISIS, and justified the burning alive of Jordanian pilot Muath Al-Kasasbeh and stoning of women accused of adultery. After watching the video of the pilot’s burning, he rhapsodized, “I am filled with great pride of my support for this State, which raises the banner of my religion, whether the infidels and apostates like it or not, and defends my honor and blood of my folk from the aggressor pigs.”[19] 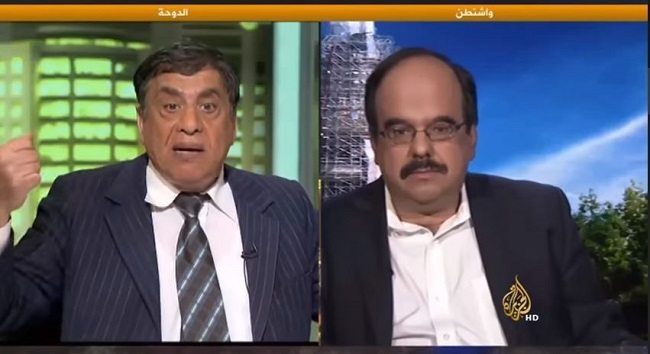 I appeared last year on one of Al-Jazeera’s best-known (or most notorious, take your pick) talk shows to debate, in Arabic, the Sweden-based Iraqi “researcher” Nuri Al-Muradi, yet another open, Europe-based ISIS supporter.[20] Even though a non-native speaker of Arabic is at an obvious disadvantage against someone speaking in his own language, I felt it important to try to challenge Al-Muradi, especially on the basic contradiction of an avowed ISIS supporter living in and paying taxes to the infidel Kingdom of Sweden. As often happens with these types, he refused to confront the basic contradiction of his position.

Al-Jazeera did give him a podium to brazenly claim that bloody Syrian dictator Bashar Al-Assad was a Zionist, Masonic, Western creation. I responded that Assad and his crimes were 100% a product of the political pathologies of the Arab world.

The issue is not a mere matter of divided loyalty. It is important to underscore that ISIS’s own ideology does not allow for gray areas when it comes to loyalty and enmity towards others (including non-ISIS supporting Muslims). For the Islamic State, a supporter is not just bound to dislike non-Muslims or un-Islamic practices; he must be actively hostile to them. Failure to oppose unbelief would then be itself akin to unbelief.[21]

So what is to be done with these vagabond radicalizers who seek to use the freedoms of liberal democracies to undermine them and to poison the minds of Muslim youth in the West? One of the commonly expressed fears about democracies confronting a terrorist threat is that of fighting fire with fire, of governments supposedly overreacting and using extreme methods to fight extremism. That has been part of the public debate on issues such as waterboarding or drone strikes.

In the case of these jihadi public amplifiers, the challenge is often seen as one of safeguarding free speech and free expression in democratic states that allow unpopular, minority, or hateful speech. That certainly has to be a concern, although the limits on speech in European democratic states are already more constrained than they are in the U.S.

Western governments also seem to be uneasy, or adrift, about the ideological (or political-religious) threat represented by Salafi-jihadi groups like ISIS and Al-Qaeda. Forgetting its own past, much of the West sees itself as comfortably post-modern, logical, and reasonable, and beyond the passions raised by political or religious ideologies. And yet it was only about 40 years ago that Marxist-Leninist armed factions radicalized young people on university campuses and carried out open acts of terrorism in Western Europe and the U.S.[22] 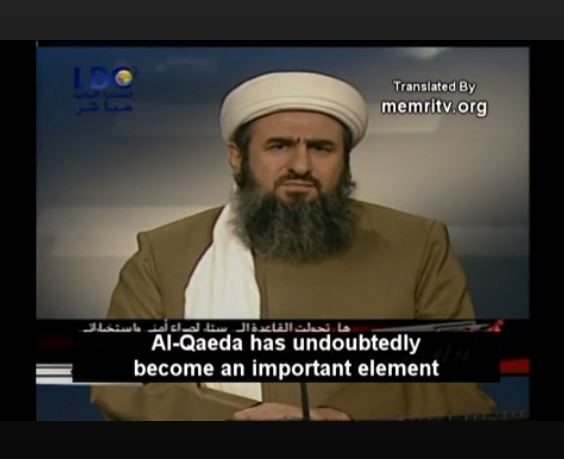 Obviously, such extremist voices need to be vigorously challenged in the public sphere, but that is not enough. Europe faces a particular problem in that the European Court of Human Rights has been repeatedly used by lawyers for avowed terrorist supporters to evade deportation. Iraqi Kurdish jihadi Mullah Krekar has now enjoyed a quarter century of European hospitality, while constantly plotting terrorist actions and threatening officials in Norway.[23] One of the organizations he helped set up was a precursor to the Islamic State.[24] The long legal and political road of Krekar has had many twists and turns, but it seems that he may be on the verge of extradition – to Italy, rather than to the Middle East.[25]

If talk about reforming some of the institutions of the European Union actually leads to something tangible, one would hope that loopholes allowing open supporters of terrorist groups to abuse European liberties would be eliminated.[26]

Such a step is important for two basic reasons. Two elements in the ongoing discourse of Salafi-jihadis such as the Islamic State is that the West is basically weak and that the West believes in nothing. Showing that illiberal, totalitarian speech has real-world consequences punctures the ISIS and jihadi “victory narrative” as surely as military defeat in the region. It also strengthens OUR own narrative that the Western liberal democratic order is something worth defending, that it is both welcoming and tolerant but also powerful and confident. A democratic state incapable of defending itself and of standing up for what it believes in is more to be pitied than feared by extremists – if they knew pity instead of cruelty.

The challenge for much of the West today is to be true to our ideals, to rediscover and cleave to the best of our history and traditions, while also generously demonstrating solidarity and compassion for others, for refugees and the dispossessed, worldwide. Pope Benedict XVI warned against “a peculiar Western self-hatred that is nothing short of pathological.”[27] We should also show that we are serious about protecting ourselves and what we claim to believe in. Open supporters of jihadism who take refuge in the West and seek to subvert us should know that there are real consequences to their actions. To do less is not to show tolerance or understanding, but to show suicidal weakness.

[21] Carnegieendowment.org, “The Sectarianism of the Islamic State: Ideological Roots and Political Context,” June 13, 2016.