Trending
You are at:Home»Categories»Commentary»“Pantomime of Outrage:” Obama and Syria
By Elliott Abrams on 26 August 2015 Commentary
I’ve called attention to the writings on Syria of Amb. Fred Hof in several blog posts (here’s one). Hof, after a career in the U.S. Army, became the State Department’s resident expert on Syria and the Obama administration’s “Special Adviser” on Syria policy. He left the administration and joined the Atlantic Council, where he continues to write about  Syria.
His most recent piece makes three important points: first, that the Obama administration talks all the time about how terrible it feels about events in Syria, but does precious little to stop the horror; second, that the administration knows Iran is behind the mass murder but thought it more important to get the nuclear deal than stop the killing; and third, that it will be impossible to defeat ISIS while the Assad regime is slaughtering Sunnis.

Here’s some of what Hof had to say in “America’s Self-Inflicted Wound in Syria,” published several days ago by Foreign Policy.

On Aug. 16, Syrian regime aircraft bombed a vegetable market in the rebel-held Damascus suburb of Douma, slaughtering over 100 Syrian civilians and wounding some 300 more. Many of the victims were children; it was one of the deadliest airstrikes of a brutal war. This is far from the first regime-committed atrocity in a Damascus suburb: Exactly two years ago today, Bashar al-Assad’s forces launched a chemical weapons attack in Ghouta, which killed hundreds. In the case of the Douma attack, President Barack Obama’s administration reacted with its usual pantomime of outrage: strong verbal condemnation, condolences for the families of victims, and a plea that the international community “do more to enable a genuine political transition in Syria….”

Every barrel bomb dropped on defenseless civilians by regime helicopters is a recruiting gift to Baghdadi, the head of a vicious criminal enterprise that combines the worst aspects of al Qaeda and Saddam Hussein’s Baathism. Every Syrian child killed by barrel bombs or starved to death by regime sieges convinces others that if the “international community” can muster nothing but words, perhaps the self-styled caliph can offer protection. Eager to help rid its Syrian client of credible, nationalistic opponents, Iran consciously supports a program of mass murder that only gives Baghdadi power in Syria and in the Sunni Muslim world at large.

For Obama, who has said that his goal is to “degrade and ultimately destroy” an organization known variously as the Islamic State, ISIL, ISIS, and Daesh, Assad’s atrocities ought to provoke a reaction that extends beyond the same tired rhetoric. They do not. This is because Iran — the object of the administration’s courtship — is fully enabling the mass homicide strategy of its Syrian client.

In its single-minded pursuit of a nuclear agreement with Iran, the Obama administration adopted a Syria policy rich in rhetoric and empty of substantive action.

Getting a legacy-boosting nuclear deal with Iran was everything for the Obama administration. Nothing should be done in Syria that would offend Iran’s supreme leader, Ayatollah Ali Khamenei, or the Islamic Revolutionary Guard Corps’ support for Assad’s mass murder strategy….

[B]y committing the United States to a war against the Islamic State, the administration found its task complicated by the fact that Assad’s atrocities and his lack of legitimacy had created the very vacuum in eastern Syria filled by Baghdadi and his followers. From the beginning of the uprising, Assad had proclaimed himself a bulwark against terrorists: Yet even as his forces gunned down peaceful demonstrators, he ejected extremists from regime prisons, seeking to inject them directly into the bloodstream of the revolution. The Islamic State became the Assad regime’s enemy of choice; an adversary that would supplement regime attacks on nationalist rebels, only engaging regime forces in combat when they sat atop something they wanted, such as an oil field, a military base replete with weapons stockpiles, or a town filled with priceless antiquities….

In a diplomatic tactic designed to advance the nuclear talks, the Obama administration pretended that Washington and Tehran were essentially on the same page with respect to the Islamic State. But they were not, and they are not.

Iranian policies in Syria and Iraq have made vast swaths of both countries safe for jihadis. This is an awkward fact for the Obama administration: It now seeks, as part of its strategy to move forward with the nuclear deal it struck with Tehran, to convince Congress that it is not in fact blind to Iranian depredations in Syria and elsewhere in the region. Thus far, the convincing has been all talk, and that is why it is falling short….

Secretary of State John Kerry should ask Iran to order a halt to barrel bombings and starvation sieges. If Tehran declines to pressure the Assad regime to do so, the Pentagon knows how to throw sand into the gears of Assad’s mass homicide machine without dropping the 82nd Airborne Division into Damascus. The Defense Department’s own wariness about lifting a finger against Assad ought to be overcome, or at least mitigated, by its obligation to defeat the Islamic State….

Syrians who mourn for the dead and dying of Douma cry out to the civilized world for protection. To ignore their pleas risks consigning them to the “caliph.” Western leaders may be shamefully unmoved by the moral case to protect Syrian civilians, but they should at least be motivated by the fact that winning the war against the Islamic State requires making it harder for Assad and Iran to aid and comfort the enemy.

Powerful stuff, especially for someone who worked on the inside for a long time trying to get the Obama administration to adopt a sensible, and decent, policy toward Syria. The phrase “pantomime of outrage” will ring loudly for a long time, and the events in Syria will have a lasting impact on the reputation of Mr. Obama and the administration he leads.

This is the administration that created an Atrocities Prevention Board, thumping its chest at its own virtue. Perhaps they might invite Fred Hof in for a chat.

“Pantomime of Outrage:” Obama and Syria 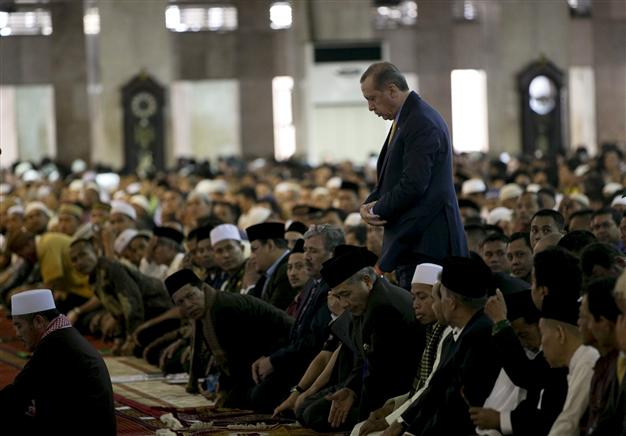 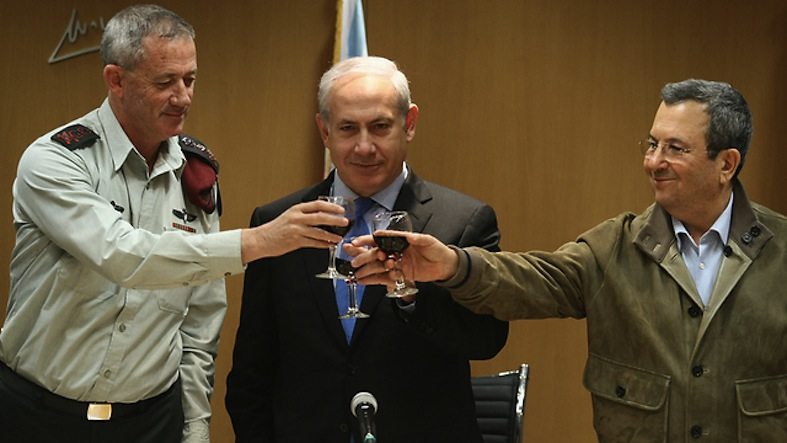 Features Barak: Possibility of attack against Iran raised t…
0
wpDiscuz
0
0
Would love your thoughts, please comment.x
()
x
| Reply
We use cookies to ensure that we give you the best experience on our website. If you continue to use this site we will assume that you are happy with it.Ok