Pakistan is emerging as an important military player in the Gulf as its struggles to balance complex relations with regional rivals Saudi Arabia and Iran and diverging approaches by different branches of its government.

Pakistan’s military engagement with the Gulf goes far beyond increased involvement in a Saudi-led, 41-nation military alliance that officially was established to counter terrorism, but is widely suspected to also be a bid to garner support for the kingdom’s troubled intervention in Yemen and create an anti-Iranian Sunni Muslim grouping.

As it discusses the deployment of troops to the Saudi-Yemeni border and a senior, recently retired Pakistani military commander appears poised to take command of the Riyadh-based alliance, Pakistan alongside Turkey and China is also emerging as a more cost-effective supplier of military hardware to a region that is home to the world’s largest arms importers.

“You can’t afford having these very expensive contracts with western companies and contractors, so what (the Gulf) will do is go toward cheaper contractors, so that’s why they are looking towards China, towards Pakistan, towards Turkey – it’s just the natural move.,” Andreas Krieg, a professor at the Defence Academy of the United Kingdom’s Joint Command and Staff College, told The National.

Pakistani engagement in terms of troops may be most advanced with Saudi Arabia, while Qatar appears focused on cooperation in development and production of hardware. “Over the last two years the Qataris have really turned their backs towards the West and looked toward the East, as all the Gulf countries are doing right now,” Mr. Krieg said.

Qatar is discussing with Turkey and Pakistan joint production of new defence systems, including Turkey’s T-129 attack and reconnaissance helicopter. Qatar has also expressed interest in the fifth generation JF-17 fighter jet which Pakistan developed with China. Pakistani pilots of the JF-17 last year demonstrated their skills in a display in Qatar. The Pakistan Ordnance Factory, moreover, recently opened a marketing and sales office in Dubai.

Qatar is further discussing the possibility of Pakistani forces providing security during the 2022 World Cup.

Pakistani engagement in the Middle East has a long and storied history. It dispatched pilots in 1969 to fly Saudi air force Lightning jets that repulsed a South Yemeni incursion into the kingdom’s southern border. In the preceding years, Pakistan had helped the kingdom attempt to build its first war warplanes and trained Saudi pilots. Pakistani pilots again flew missions during the 1973 Middle East War in defense of Saudi Arabia’s borders.

Pakistan bolstered its position over the following years with military missions in 22 countries, training facilities for the region and by becoming the world’s largest exporter of military personnel. Pakistanis currently provide training to armed forces in various Gulf countries and thousands serve in Gulf uniforms in many of the region’s militaries, including entire battalions of Pakistanis in the Saudi military.

Historically, Pakistan’s largest contingent of 20,000 soldier was initially based in the 1970s in the triangle where the borders of Saudi Arabia, Jordan and Israel bump up against each other. Pakistani combat troops were also dispatched to the kingdom after a group of religious Saudi militants attacked the Grand Mosque in Mecca in 1979.

By the mid-1980s, most Pakistani units had shifted to the predominantly Shiite Eastern Province, home to the kingdom’s oil fields. Pakistani Air Force units were stationed on the northern Gulf coast to shield the fields from a fallout from the Iran-Iraq war.

More Pakistani troops were dispatched in 1990 to ostensibly protect the Muslim holy cities in the kingdom as part of the Pakistani military’s circumvention of Prime Minister Nawaz Sharif’s inclination to include a Pakistani contingent in the US-led coalition assembled to roll back the Iraqi occupation of Kuwait.

Ironically it is Mr. Sharif who 25 years later appears to be circumventing. This time it would be to circumvent a refusal by parliament in 2015 to contribute troops to the Saudi war in Yemen despite Pakistan being the world’s foremost beneficiary of Saudi largesse and its dependency on remittances from Pakistani workers in the kingdom.

Ironically, Mr. Sharif’s willingness in 2015 to comply with the Saudi request was opposed by Pakistani corps commanders, including Lieutenant General Qamar Javed Bajwa. That was before General Bajwa succeeded General Raheel Sharif (no relative of the prime minister) as commander-in-chief. In contrast to General Bajwa, General Sharif is believed to have favoured deploying troops in support of Saudi Arabia.

“Yemen was hotly debated within the military. Ultimately the military feared that there would be a sectarian backlash within the military itself if it got involved in the Saudi-Iranian proxy war in Yemen,” said Abdullah Gul, the son of former Islamist ISI chief, Hamid Gul, who maintains close ties to the command of Pakistan’s armed forces.

Those concerns appear to have been abandoned with the likelihood of a Pakistani combat brigade being sent to areas of the Saudi-Yemeni border vulnerable to attack by the anti-Saudi Houthis as well as jihadi groups. The deployment would not violate the Pakistani parliament resolution as long as Pakistani troops remain on the Saudi side of the border.

General Sharif may be rewarded for his support of the Saudis by taking over the command of the Riyadh-based military alliance, dubbed the Islamic Military Alliance to Fight Terrorism.

General Raheel’s appointment would give the alliance credibility it needs: a non-Arab commander from one of the world’s most populous Muslim countries who commanded not only one of the Muslim world’s largest militaries, but also one that possesses nuclear weapons.

Yet, accepting the command risks putting Pakistan more firmly than ever in the camp of Saudi-led confrontation with Iran that Saudi political and religious leaders as well as their militant Pakistani allies often frame not only in geopolitical but also sectarian terms.

Pakistani Shiite leaders as well as some Sunni politicians have warned that General Raheel’s appointment would put an end to Pakistan’s ability to walk a fine line between Saudi Arabia and Iran. Pakistan borders on Iran and is home to the world’s largest Shiite minority.

General Raheel has reportedly told his Saudi counterparts that he would seek to involve Iran in the alliance. Similarly, General Bajwa appeared to be hedging his bets by declaring that “enhanced Pakistan-Iran military-to-military cooperation will have a positive impact on regional peace and stability.”

Saudi conditions for a reconciliation with Iran appear to all but rule out any effort by General Raheel and complicate General Bajwa’s balancing act.

Saudi Foreign Minister Adel Al-Jubeir, in a speech last month’s Munich Security Conference, charged that “Iran remains the biggest state sponsor of terrorism in the world. Iran has as part of its constitution the principle of exporting the revolution. Iran does not believe in the principle of citizenship. It believes that the Shiite, the ‘dispossessed’, as Iran calls them, all belong to Iran and not to their countries of origin. And this is unacceptable for us in the kingdom, for our allies in the Gulf and for any country in the world.”

Mr. Al-Jubeir stipulated that “until and unless Iran changes its behaviour, and changes its outlook, and changes the principles upon which the Iranian state is based, it will be very difficult to deal with a country like this.”

The possible deployment of troops and General Raheel’s appointment comes as the Pakistani parliament is forging closer relations with its Iranian counterpart in an effort to nurture economic and political cooperation.

It also comes in the wake of the deportation by Saudi Arabia of 39,000 Pakistanis as part of a crackdown on militants and the arrest and alleged torture of Pakistani transgenders in the kingdom.

Transgenders may not garner significant public empathy in conservative Pakistan but workers’ rights do, particularly at a time of reduced remittances. “The government and the military are walking a tightrope that is dangerously balanced both in terms of domestic as well as in terms of geopolitics,” said one Pakistani political analyst.

Dr. James M. Dorsey is a senior fellow at the S. Rajaratnam School of International Studies, co-director of the University of Würzburg’s Institute for Fan Culture, and the author of The Turbulent World of Middle East Soccer blog, a book with the same title, Comparative Political Transitions between Southeast Asia and the Middle East and North Africa, co-authored with Dr. Teresita Cruz-Del Rosario and two forthcoming books, Shifting Sands, Essays on Sports and Politics in the Middle East and North Africa as well as Creating Frankenstein: The Saudi Export of Ultra-conservatism. 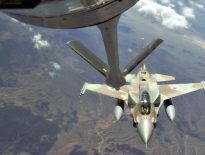 Headlines I will even miss my enemies, says retired general …
Headlines Egypt trip gives Francis a chance to stand with su…
0
wpDiscuz
0
0
Would love your thoughts, please comment.x
()
x
| Reply
We use cookies to ensure that we give you the best experience on our website. If you continue to use this site we will assume that you are happy with it.Ok