I recently saw a small but noisy demonstration in a Spanish city. The young demonstrators, pierced, tattooed, and well dressed, were Communists with hammer and sickle flags, and they called for “an end to borders and to walls.” But they were not demonstrating against Donald Trump – rather, against the seemingly sieve-like borders and barriers of the European Union. Spain’s unemployment rate is 20% and its youth unemployment rate is 44%.

Today it seems that there are those that want only walls and those that want to tear them all down, and uneasy populations in between. The January 27, 2017 White House Executive Order “Protecting the Nation from Foreign Terrorist Entry into the United States” has generated tremendous controversy and comment, most of it negative, with heartbreaking accounts of cases of real individual hardship and also partisan spin. Polling suggests more Americans approve of the E.O. than disapprove.[1]

One of the more specious lines of argument has been that the new Executive Order is a “boon for ISIS recruitment” – the idea being that somehow Muslims will now be more easily swayed by the ISIS narrative. As if Muslims were children or ticking time bombs so ready to become terrorists if the world is mean to them or Trump excludes them. The overwhelming majority of Muslims oppose ISIS for their own reasons, not because of us or our policies or because of who is U.S. president. Yes, we can do all sorts of things to hurt our own efforts in the anti-ISIS fight, but denying Muslims their own complexity and agency, and their own motivation, would seem to be not just bigotry but shallow.

And it is hard to see how much a (seemingly mostly temporary) visa ban would help an ISIS narrative that makes much of ancient events like the Crusades and the Reconquista and threatens to “conquer Rome, break your crosses, and enslave your women.” The ISIS narrative uses and will use everything, but it has been mostly driven in past years by the idealized creation of a supposedly perfect Islamic Caliphate based on “the Prophetic Methodology” and on the sectarian carnage in the Middle East, especially in Syria.

One ISIS supporter demonstrated such a broad-brush approach when he commented on January 29: “People are all pissed off Trump slammed the doors on migrants from Muslim lands, and I too am angry, but do you realize that Obama has deported more people than all the 20th century presidents before him COMBINED? This just goes to show it’s not just Trump or Obama, it’s everyone in this poisoned, corrupt, redneck kuffar [infidel]country. The problem is not just the elected official, it’s the kuffar who put them there too. They are all evil all of them, especially the Jews!”[2]

And while much ink has been spilled on the emotions of the moment and on criticizing the new American administration, less has been said on how will the seven governments on the temporary visa ban list seek to come to terms with it.

It is entirely possible that the administration will decide, after a comprehensive review, that safeguards are mostly in place and that most visa operations can resume. But in my view, five of the listed countries – Libya, Somalia, Yemen, Syria, and Iran – could be hard-pressed to meet any advanced visa threshold. These are all countries in chaos, often lacking resident U.S. Embassies or with a very anti-American regime in power (Iran).

It is quite probable that plausible and logical reasons will be found for Iraq, given its centrality in the fight against the Islamic State, to be removed from this blacklist.[3] The one country most likely to be able to take steps on its own to satisfy the Americans, and that is quite motivated to do so is, ironically, the Islamist government of Sudan.

A serial human rights violator and long-time international pariah, the NCP-ruled Sudan is, in terms of its own survival, the most successful Sudanese state in history, in power now for almost 28 years (1989-2017). The independent Mahdiyya state in Sudan only last 14 years before it was destroyed by the British. Despite continued domestic unrest, demonstrations, vibrant civil society activism, and a range of sometimes bloody, low-grade brush wars on its periphery – Darfur, Abyei, South Kordofan, Blue Nile – the regime of Omar Al-Bashir has endured, if not flourished.

Conflict in all of those places has not disappeared, of course, especially in South Kordofan and Blue Nile where the SPLM-N has forces. But the level of violence has been intermittent and low-key enough to avoid the negative international headlines Sudan garnered at the height of the Save Darfur Movement more than a decade ago. Or it may be that the sort of violence seen in Sudan now seems rather distant and old-fashioned compared to the crushing of cities seen in Syria today. 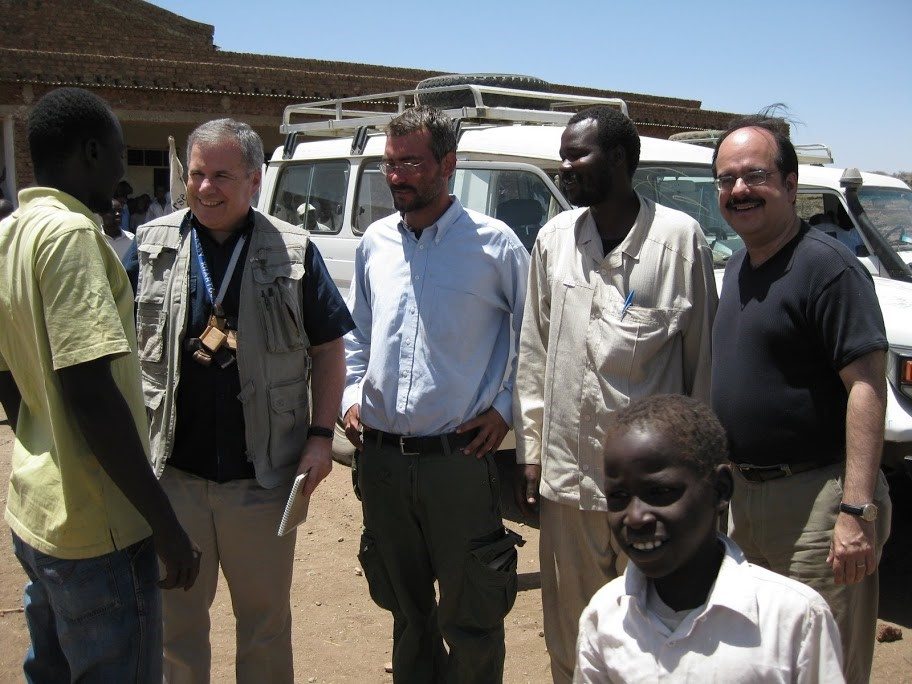 The Sudanese regime has constantly reinvented itself through the years, from a promoter of regional Islamic terrorism and safe-haven for Bin Laden to peacemaker with the SPLM and valuable cooperator on counterterrorism with the U.S. More recently, it shifted from a cozy relationship with the Islamic Republic of Iran to a cementing of improved relations with Saudi Arabia. Sudan even supplied troops for the Saudi-led effort in Yemen.[4]

A recent, much publicized State Department Dissent Channel message warned that the new travel ban “can only be lifted under conditions which will be difficult or impossible for countries to meet.”[5] Sudan, with its well-organized if fearsome national security apparatus, the NISS, and with a full functioning U.S. Embassy, and with the added incentive of the lifting of sanctions and removal from the State Sponsors of Terrorism list, seems the best bet to meet these “difficult or impossible conditions.”

The Obama administration’s January 13, 2017 announcement of the removal of a trade embargo and sanctions was supposedly done with the approval of the incoming Trump administration but kicks in 180 days after that announcement. Unlike Iran, Sudan is not a major regional menace, and an improvement of relations with the United States could be an early diplomatic win for the Trump Administration and possibly could improve life for ordinary Sudanese.[6] Certainly many fierce Sudanese critics of the current regime are in favor of an early improvement of relations with the United States.[7]

Sudan is also benefiting from an improvement of relations with a European Union concerned about rampant unmanaged migration flows from Africa to Europe, and is indirectly receiving money to help stem that flow and to improve life in the country’s marginalized peripheries.[8]

The situation in Sudan is not that stable. There is considerable unrest and growing unhappiness about economic conditions and continued repression. The succession to an aging President Al-Bashir is murky. But Sudan has been a “turbulent state” for decades now, and almost seems a model of some sort of workable governance compared to the anarchy of Libya or Yemen.[9] This is a regime that loves to negotiate and revels in the minutiae of political and security agreements. Certainly the parts of the Sudanese leadership needed to reach a deal with the Americans – the ruling political elite and the security forces – are capable enough to see it through.