Trending
You are at:Home»Categories»Headlines»On Roman posters, papal blowback, and parallels with Trump
By John L. Allen Jr. on 6 February 2017 Headlines

An anti-Pope Francis poster in central Rome, Saturday, Feb. 4, 2017. On Saturday, posters appeared around Rome featuring a stern-looking Francis and questioning “Where’s your mercy?” It referenced the “decapitation” of the Knights of Malta, Cardinal Raymond Burke’s marginalization and other actions Francis has taken against conservative, tradition-minded groups. (Credit: Beatrice Larco/AP.)

Q&A on the anti-Francis posters that appeared around Rome on Saturday, including whether it’s unprecedented (not really), whether opposition to Francis is greater than that of other recent popes (not so much), and if there’s any parallel in reaction to Francis and to Trump (maybe.)

On Saturday morning, Rome woke up to discover its walls and sidewalks festooned with anti-Pope Francis posters asking, “Where’s your mercy?” Under a dour shot of the pontiff, the poster cited crackdowns on groups and individuals perceived as conservative-to-traditionalist.

A few hours later, I got a phone call from a veteran Italian Vatican writer I’ve known for a long time.

“My editors wanted me to get a bishop to answer a few questions about the posters, but I couldn’t,” he said. “Then they wanted a theologian, and I couldn’t find one of those either. Finally, they said, ‘Get anybody with a name, and it’d be better if they’re outside of Rome’,” presumably so they wouldn’t show up in a competitor paper.

I replied: “Do you always start an interview by telling your subject they’re your tenth choice?”

We shared the kind of laugh that only people who’ve walked a long time in one another’s shoes can, and then got down to business.

The points he wanted to cover may be questions many people are asking, so I’ll summarize our conversation here.

Q: What do you make of these posters?

I don’t think we should be shocked. We already knew that Pope Francis is a polarizing figure, with lots of people who love him and some who feel strongly he’s a disaster, and in an increasingly acrimonious climate, it was probably only a matter of time before something like this happened.

Equally, we shouldn’t exaggerate the dimensions of the opposition. Yes, it’s loud, yes, it has sympathy in some high places, including corners of the Catholic hierarchy, and yes, it often expresses concerns a not insignificant number of Catholics are feeling.

However, a St. Leo University Polling Institute survey in December found Francis has an 85.8 percent approval rating among American Catholics, up slightly from the 84.2 support he had in September 2016. Similar numbers pop up wherever in the world these sorts of polls are taken, confirming a basic truth – no matter what, most Catholics will like the pope, whoever he is.

Q: Can you think of anything like this that’s happened before?

If you mean putting up posters on the streets of Rome openly critical of a sitting pope, no. (I can remember posters, like these anonymous but unlike the Francis case possibly a spoof, which cropped up before the 2013 conclave trying to get Cardinal Peter Turkson of Ghana elected pope, but that’s not really on-point.)

On the other hand, there certainly are parallels.

I recall during the John Paul years being given handbills from Catholic traditionalists denouncing the pontiff as a heretic for his ecumenical and interfaith outreach. I also remember what amounted to a series of “attackumentaries” on Italian TV criticizing Pope Benedict XVI’s record on the clerical sexual abuse scandals.

More remote in time, terrible things were said about Pope Paul VI, and we could keep peeling back the onion all the way to its core. The bottom line is that Francis is the 266th pontiff of the Roman Catholic Church, and he’s also the 266th pope to face blow-back from elements of his own flock, sometimes including his own bishops.

Q: Do you think the opposition to Francis is more widespread or intense than other popes?

I remember sitting with bishops both in the United States and in Rome during the John Paul years, listening to them complain about various aspects of his papacy. I also know what was being written and said by liberal Catholic theologians, especially in North America and Western Europe, and much of it wasn’t pretty.

As for Benedict, he drew withering criticism on multiple fronts. Things got so out of hand during a row involving the rehabilitation of a Holocaust-denying traditionalist bishop in 2009 that Benedict actually wrote to the world’s bishops to apologize for mishandling the situation, the first time a pontiff had ever done so.

However, there are two differences with Francis.

First, unlike John Paul II or Benedict, the loudest criticism of Francis comes from the right. The “maverick pope takes on conservative old guard” narrative is almost irresistible from a media point of view.

Second, in a social media-dominated world, criticism of a prominent person by anyone, at any time, can go viral. The fact that a given complaint gets a lot of retweets, however, doesn’t make it any more serious than in the past, nor does it mean it has more traction either at the grassroots of the Church or the top.

(My colleague, who’s been covering the Vatican even longer than I have, said at this stage, “For those of us who’ve been doing this work for a while, that seems obvious and I share it completely, but maybe it’s not so obvious to everybody else.”)

Q: Is there any comparison between how the right has reacted to Pope Francis, and the way the left, in America especially, is reacting to Donald Trump?

I do think there’s an interesting parallel between reactions to Francis and Trump, aside from the fact that they’re the two most riveting personalities on the global stage right now. Both are essentially populists, in the sense that they appeal directly to the people against an elite status quo. What each man means by “the people” is vastly different, but the instinct is the same.

It’s the nature of populists to be divisive, because they upset systems and challenge business as usual. In fact, Francis’s political role model, Argentina’s Juan Peron, spent much of his life in exile for exactly that reason.

Of course the parallel is inexact, beginning with the fact that Trump is a politician and a celebrity while Francis is fundamentally a pastor. Further, Francis rarely personalizes his rhetoric, while for Trump that’s almost a stock in trade.

Nevertheless, having these two figures on the job at the same time may help explain why the present moment seems so especially turbulent for the Church in the United States – as Catholics we’ve been governed by one strong-willed populist for three and a half years, and now we’ve got another one as Americans.

Precisely because they have such different agendas, we may be in for a nasty case of whiplash!

On Roman posters, papal blowback, and parallels with Trump 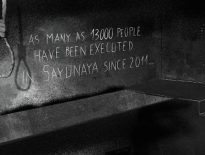 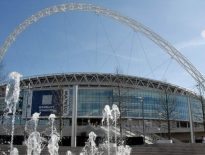 International Sports Football Association: Parliament to have ‘no…
0
wpDiscuz
We use cookies to ensure that we give you the best experience on our website. If you continue to use this site we will assume that you are happy with it.Ok