He will replace compatriot Temirhan Dosmuhambetov, the same figure he also succeeded as President of the National Olympic Committee of the Republic of Kazakhstan last year.

Kulibayev, the son in law of Kazakhstan’s longstanding President Nursultan Nazarbayev, is becoming increasingly significant in the sports world, and is tipped to become a member of the International Olympic Committee at some stage.

The 49-year-old oligarch is founder and head of the Combat and Strength Sports Confederation, the Kazakh entity which unites the five Olympic sports of boxing, wrestling, judo, taekwondo and weightlifting.

He is also member of the International Relations Commission of the Association of National Olympic Committees.

“Mr Kulibayev has a high level of expertise and extensive management practices in the field of sports,” a statement said in which Kulibayev also outlined the importance of Asia to world sport.

He added: “Today the Central Asian region is of a particular interest in terms of its potential in hosting international sports events and development of the Olympic movement.

“It is a great honour for me to represent Kazakhstan at the OCA.

“I am also seeing it as an expression of trust and recognition of the country within the international sports society.

“This for sure will allow to partner with and strengthen further cooperation between members all of the OCA.”

It comes at an important time for Central Asia as Ashgabat in Turkmenistan is hosting next year’s Asian Indoor and Martial Arts Games. 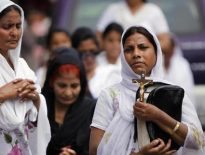 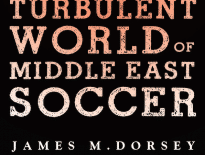 International Sports The Turbulent World of Middle East Soccer
0
wpDiscuz
0
0
Would love your thoughts, please comment.x
()
x
| Reply
We use cookies to ensure that we give you the best experience on our website. If you continue to use this site we will assume that you are happy with it.Ok