Trending
You are at:Home»Categories»Headlines»New President for Lebanon
By David Schenker on 1 November 2016 Headlines

Although filling the long-vacant office could help pull the country out of its political stagnation, Hezbollah and Iran will continue undermining Lebanese state institutions unless the situation next door in Syria changes significantly.

After more than two years without a president in Lebanon, the parliament convened on October 31 and elected Maronite Christian figure Michel Aoun. The previous president, former Lebanese Armed Forces (LAF) chief of staff Michel Suleiman, finished his six-year term in May 2014, but the legislature was unable to reach consensus on his successor due to sectarian divisions (mostly between Sunnis, Shiites, and Christians) and competing foreign alignments (whether with Sunni Saudi Arabia or Shiite Iran).

Aoun has long been a controversial figure in Lebanon. Once the country’s most anti-Syrian political figure, since 2005 he has been aligned with the Assad regime and its principal ally in Lebanon, the Iranian-backed Shiite militia Hezbollah. Today’s decision represents a significant victory for the ambitious octogenarian general, but it also suggests new pragmatism among his political opponents — the so-called March 14 coalition, which had opposed his candidacy for a decade. While many welcome the potential end of political stagnation produced by the presidential vacuum, the key question is whether the agreement to elect Aoun also implies increased Iranian control.

As LAF chief of staff at the end of Lebanon’s civil war, General Aoun militarily opposed both Syrian hegemony and the Taif Accord, which ended the conflict but diminished Christian political power. In 1990, as the Syrians occupied Lebanon, Aoun sought refuge in France; he later returned home in 2005 when the Syrians withdrew, aspiring to be president. Yet his hopes were dashed when the Sunni, Christian, and Druze leaders who made up the pro-West/anti-Syrian March 14 coalition opposed his candidacy.

With his path to office blocked, Aoun’s party — the Free Patriotic Movement (FPM) — signed a memorandum of understanding with Hezbollah in February 2006 establishing a political counterweight to March 14. The resultant coalition between Aoun’s Christian constituents and Hezbollah is called the March 8 alliance; the general has been reliably aligned with the Shiite group and its Iranian patron ever since.

Once the FPM claimed the most seats among Christian parties in the 2005 and 2009 parliamentary elections, it consistently backed Tehran’s agenda in Lebanon, supported the Assad regime, and became widely viewed as a sectarian actor hostile toward Lebanon’s Sunni community, which comprises approximately 35 percent of the population. Yet after two years without a president, the Sunni leader of March 14, Saad Hariri, faced an unpalatable choice between pro-Syrian parliamentarian Sleiman Frangieh and Aoun. Hariri initially chose Frangieh, but that decision was blocked by his coalition partner Samir Geagea of the Christian party Lebanese Forces, who surprisingly backed his own Christian political rival, Aoun. Given Geagea’s move and the fallout from the May municipal elections, in which former coalition partner Ashraf Rifi won an insurgent local campaign against his erstwhile allies, Hariri convinced most of his bloc to accept Aoun in a bid to keep March 14 from falling apart.

While Hezbollah ostensibly backed its political partner Aoun for the post, its behavior toward his candidacy has suggested ambivalence. Indeed, the militia initially balked at supporting him, and it did not change its mind until weeks after Aoun became a viable candidate.

This indecision was not surprising because Hezbollah benefitted greatly from the political vacuum, which weakened March 14 and gave the militia a freer hand in its military deployments to Syria. Moreover, now that he has won office, Aoun — who is known for his stubbornness and his maverick, even megalomaniac tendencies — could be hard for Hezbollah to control. The organization had a bad experience with former president Suleiman, whose candidacy it backed in 2008. At first, Suleiman proved a reliably pro-Hezbollah president, but he tilted against the militia in his last two years in office.

Hezbollah’s smaller Shiite rival, Amal, has been more openly opposed to Aoun. The party’s leader, Speaker of the Parliament Nabih Berri, has made his distaste clear — last week he told Aoun, “I am against you and will vote against you,” and he ordered his thirteen-member bloc not to choose the general in today’s balloting. Perhaps reflecting differences in Shiite opinion, Amal engaged in violent clashes with Hezbollah in recent weeks as Aoun’s candidacy gained steam.

To become the president and — in theory at least — national symbol of Lebanon, Aoun had to resign his membership in and leadership of the FPM. That position has since been awarded to his son-in-law, Gebran Bassil, another controversial figure long mired in corruption scandals and allegations of sectarian incitement. In the lead-up to the presidential election, Bassil extended an olive branch of sorts, improbably tweeting of his newfound admiration for Lebanon’s “moderate Sunnis.” Yet Lebanon’s political realities and electoral map remain the same, and Aoun’s election in no way implies dissolution of the FPM’s political alliance with Hezbollah.

For his part, Hariri’s task of convincing his political allies to accept an Aoun presidency was not easy. Six members of his 33-seat Future Movement bloc in Lebanon’s 128-seat parliament did not support the deal. More complicated, however, will be the negotiations that lie ahead to determine the composition of the new government. Hariri consented to Aoun as the least bad among terrible options; in exchange, he anticipates serving as prime minister, and his coalition supports this goal.

Assuming this scenario comes to pass, Hariri will face other challenges as premier. It will be quite difficult, for example, to accommodate all the competing demands for ministries to be chosen by various players, including Aoun (who will likely insist on naming about a third of the approximately thirty-member cabinet), Hezbollah, the FPM, and Hariri’s own ten-party bloc. And even if he becomes prime minister, there is no guarantee Hariri will serve for long; last time he won the post, he was ousted by March 8 after just two years.

More consequential than the politics, however, will be the new dynamics created by an Aoun presidency. As mentioned previously, he has been a remarkably divisive figure over the past decade. After waiting nearly three decades to be president, will he become a unifying national actor, or will he remain a partisan, sectarian nationalist who is sympathetic to Iran’s increasingly influential position in Lebanon? Precedent suggests little reason for optimism, though there are some within the March 14 camp who believe that Aoun’s advanced age will lead him to avoid fights with his former rivals and instead focus on securing his legacy. In their view, this could mean helping to solve some of Lebanon’s more vexing economic and environmental problems, particularly the crisis caused by Syrian refugees, who now comprise nearly one-third of the population.

Thus far, Washington has publicly applauded Aoun’s election and called on the new government to “uphold” its obligations, “including those contained in UN Security Council Resolutions 1559 and 1701,” which emphasize Lebanon’s sovereignty and the need to disarm Hezbollah. But these admonishments are likely to fall on deaf ears. Given current realities, Hezbollah will continue to possess a massive arsenal of weapons outside the government’s authority for the foreseeable future. It will also continue deploying into Syria at will to fight on the Assad regime’s behalf, with or without Beirut’s consent. To wit, even if Hariri becomes premier, the ministerial statement issued by his government will likely legitimize Hezbollah’s weapons.

For these and other reasons, many in the United States and the region are declaring Aoun’s election a victory for Hezbollah and Iran. Yet Hariri and his coalition had few alternatives, and it is difficult to imagine an Aoun presidency being worse for March 14 — and U.S. interests — than the ongoing vacuum. Aoun may even surpass the extremely low expectations for his presidency. Likewise, a Hariri government, if adeptly managed, could revitalize the moribund March 14 coalition, making it a more potent and popular political force. In any event, Aoun’s departure from the FPM will all but certainly exacerbate the party’s internal divisions and dilute its popular support — a development that over time will benefit March 14. Most important, the agreement to elect him apparently received Saudi Arabia’s blessing, perhaps spurring Riyadh to reengage in Lebanese politics as a useful counterbalance to Iran.

Finally, while today’s decision may have ended Lebanon’s prolonged political impasse, significant national challenges remain. The presidency has limited powers, so filling the office is no panacea. And with or without Aoun, Hezbollah and Iran remain the country’s dominant political actors. Absent an effective U.S. policy that deals Tehran and its proxies a setback in Syria, Lebanon will remain on the precipice of crisis. 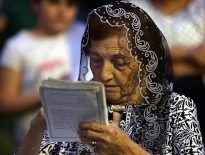 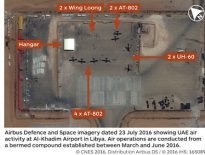 Features UAE’s forward operating base in Libya reveal…
0
wpDiscuz
0
0
Would love your thoughts, please comment.x
()
x
| Reply
We use cookies to ensure that we give you the best experience on our website. If you continue to use this site we will assume that you are happy with it.Ok