(SFC) The International Olympic Committee likes to embrace its constituents as The Olympic Family but after more spiteful blood-letting this week it is more akin to the Addams Family, dysfunctional, discordant and with its Fester working for his own ends.

Last year it was Sport Accord and its president Marius Vizer who was cast into the wilderness for upsetting the IOC’s powers-that-be. In Doha this week, at the Association of National Olympic Committees’ general assembly, Sir Craig Reedie was the boy in the playground to be bullied.

This man remember was a president of an international federation who saw his sport into the Olympic Games, the chairman of an NOC who launched his capital city’s successful bid to host an Olympic Games, a recent member of the IOC’s executive and president of the World Anti-Doping Agency. So no lightweight who has not done his bit for sport.

Yet the Family turned on him because he happens to lead a body that made IOC and its cohorts look in the mirror and see itself warts and all as a weak, ineffectual organisation dedicated to the pursuit of money over everything.

He appointed Richard Pound to head a group that revealed corruption in athletics, and then Richard McLaren who revealed as much and more in Russia.  A triumph in a single year you would have thought but it suited nobody in sport to have their crimes and those of their ilk exposed. Hence, Sir Craig’s verbal mauling in questions after his speech.

Ignore the hypocrisy of Spain’s NOC president Alejandro Blanco. A man from a country that is the home of the notorious  doctor Fuentes where judges and the government covered-up doping and refused to pass legislation that would have made it compliant with WADA rules has an obvious axe to grind.

His concern, he said, was to ensure that “we are not affected by opinions which reflect a bad image of us in sport.” In other words, do nothing that might put sport in a bad light even if it means cheats and the corrupt prosper.

But the Fester of this Family is Sheikh Ahmad, the Kuwaiti IOC member. You might think he should be busying himself sorting the mess of his own suspended NOC and the interference of his government. Yet, spotting an opportunity to big himself up further in the eyes of those he seeks to influence, he tore into Reedie.

WADA has made PR gaffe’s this year. Meldonium’s imposition could have been better handled. The announcement of the Doha laboratory suspension should not have been allowed to coincide with ANOC’s general assembly. But the Pound and McLaren inquiries were of great service to sport, or at least to those with its best interests at heart.

Reedie did much apologising in Doha. He should not have been so emollient. Instead he should use the occasion of WADA’s Foundation Board and Executive Committee meeting in Glasgow this weekend to announce that he will not stand for his second three-year term. He has given long and honourable service to sport and at 75 he is deserving of retirement.

But by calling the Sheikh’s bluff and putting IOC president Thomas Bach on the spot, he might force the IOC to give WADA the independence necessary to do its job of rooting out sport’s bad apples. No amount of PR, spin and desert dust storms can disguise the great need for that at present.

** NEIL WILSON reported his first Olympic Games in Munich in 1972. He has since covered another nine summer and nine winter Olympics for various newspapers, including The Independent and the Daily Mail with whom he has worked for the last 19 years as Athletics and Olympic correspondent. He was Britain’s Sports Journalist of the Year in 1984 and is the author of seven books. 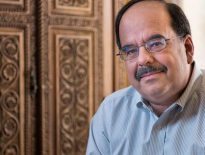 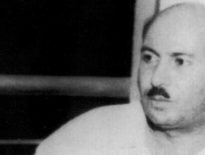 Headlines The KGB’s Middle East Files: Palestinians in…
0
wpDiscuz
0
0
Would love your thoughts, please comment.x
()
x
| Reply
We use cookies to ensure that we give you the best experience on our website. If you continue to use this site we will assume that you are happy with it.Ok