‏KUWAIT, Nov 4 (KUNA) — A number of lawmakers on Wednesday called for opening an urgent investigation into the International Olympic Committee (IOC) and the Federation Internationale de Football Association (FIFA) resolutions to suspend all Kuwait’s sports activities.

MPs, during a supplementary session held today, demanded referring the file to the Parliament’s youth and sports committee so as to conduct a thorough investigation into the case and identify those who stood behind the IOC’s decision.  They urged the parliamentary committee to finish and present a detailed report within three months, calling on it to provide possible proposals on strategies and policies required to ameliorate sports in Kuwait that have been deteriorating over the last period.

They also asked the committee to recommend a number of measures to address the causes that led to the suspension. The committee has all powers that help it achieve its mission in accordance with the article 114 of the constitution and the article 146 of the National Assembly’s regulations, they stated.

Based on its relations with international governments and organizations, the lawmakers also urged Foreign Ministry to immediately coordinate and contact friendly and brotherly countries so as to stand against this “irresponsible decision” that runs counter to all agreements and laws organizing relations between member states and the IOC, FIFA and other sports organizations and federations.

The lawmakers also tasked the parliamentary division to expose the IOC and FIFA’s violation of the values and principles that control its powers. They also asked the parliamentary division to contact their counterparts all over the world to rally support to Kuwait’s undeniable right to defend itself against the unjustifiable actions of the international sports organizations and curb its erroneous moves that are meant to achieve irresponsible personal interests regardless of its impacts.

The MPs demanded the Ministry of State for Youth Affairs and other relevant state bodies to immediately take legal actions against anyone who is involved directly or indirectly — through contacting international and regional organizations and providing them with misleading and inaccurate information about the situation of the sports in Kuwait — in the suspension decision.

They underlined that the suspension of Kuwait sports activities have jeopardized the state interests despite that the fact that Kuwait sports laws are compatible with the charters and regulations of the International Olympic Committee and the FIFA and other international sports organizations. They also recommended filing lawsuits to ask the judicial bodies to investigate the issue as per article No. 15 of penal code No. 16 of 1960. At the conclusion, the National Assembly Speaker Marzouq Al-Ghanim ended the session and set November 17th a date for voting on the recommendations. 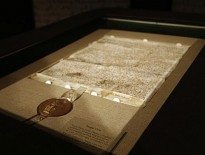 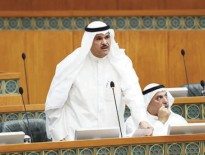 International Sports Sheikh Salman vows corrective sports package
0
wpDiscuz
We use cookies to ensure that we give you the best experience on our website. If you continue to use this site we will assume that you are happy with it.Ok