Trending
You are at:Home»Categories»Commentary»More Than Half The Battle: On Broadcasting And Ideology
By Alberto M. Fernandez on 6 July 2017 Commentary

While Al-Qaeda leader Ayman Al-Zawahiri’s statement that “we are in a battle, and that more than half of this battle is taking place in the battlefield of the media” is little known, it is often forgotten that it was part of a letter to Al-Qaeda in Iraq leader Abu Mus’ab Al-Zarqawi, who studiously ignored the advice to downplay images of slaughter and in fact set the stage for the innovative Islamic State (ISIS) propaganda juggernaut to come.

Intensely ideological and revolutionary movements depend on media, and the development of the global jihadi movement cannot be divorced from the rise of globalized media; in fact, the two are intimately linked. Given my deep interest in ideology, in media and politics and religion, I have been truly fortunate to have worked for the Middle East Media Research Institute for the past two years after my retirement from the U.S. Department of State. At MEMRI I had great freedom to write and speak about the issues of interest to me in a stimulating environment blessedly free from political cant. MEMRI’s focus on both the discourse of extremists, whether of the Islamist or jihadi kind, and on the discourse of reformers and liberals, closely matches my own areas of study.  As successful as MEMRI has been for almost 20 years, it can’t and doesn’t cover everything, but it covers some of the most important developments in the region, in the original words and voices of its people.

As I move on in the near future to take on the task of U.S.-funded Arabic-language broadcast media, as President of Middle East Broadcasting Networks (MBN), this is a good time to reflect on the challenge of media and ideology in the region, not just for MBN or for the United States, but for the region itself.

It would be a cliché to merely say that the region is in flux. The convulsions unleashed by the Arab Spring continue, even if it would seem that authoritarian regimes have won this round. Authoritarian regimes are almost everywhere victorious, but they also seem weaker than ever. Islamists and jihadis have also lost some of their luster, and yet still remain the default ideology and default political alternatives to the authoritarians in power. Both regimes and their loudest critics are mostly deeply illiberal and authoritarian in their convictions, and the social pathologies that led to the development of both tendencies are largely intact. Liberals, reformers, secularists and heterodox voices of every sort exist, but are very much a distant third to these two contending blocs, and often drowned out or ignored when not physically crushed.

As far as regional media is concerned, it is almost entirely in the hands of the same crowd, of often thuggish regimes and of the thuggish ideologues seeking to replace them. Islamist voices abound, often funded by regimes claiming to be friends of the West. One of the ironies of the current Qatar crisis is that both Qatar and the governments arrayed against it supported, and still support, directly or indirectly, bigoted voices trafficking in sectarian poison and political fantasies. It is true that there are shadings and nuances, of course. One is more likely to encounter a liberal voice on Al-Arabiyya or Sky News Arabia than on Al-Jazeera, although Islamists, regime apologists, and biased news abound everywhere.

The Arab Spring and the Gulf crisis have, however, deepened the challenge of credibility of Middle East broadcast media leaders as never before. As political and sectarian polarization deepen without reaching an end-state, there is a yawning media and political gap opening that could be filled by other voices.

Al-Hurra Television is not, today, that alternative voice, although it could grow into such a role. It has done some nice recent work on anti-ISIS programming, but the problems of the region go beyond even that group, and have not been fully addressed by any media outlet.

Some might say that a U.S.-funded station can never have any credibility in the region. I disagree. I would say that it depends on what that station is actually doing. In my experience in the region, there is an abiding interest in a deeper understanding of the U.S., even while many misunderstand it or hate it. The challenge of U.S.-funded broadcast media is, in my opinion, not that it is American but that it is not American enough.

Some recent Supreme Court decisions are a case in point. Decisions involving religious freedom  and freedom of speech  were tailor-made opportunities to expose Middle East audiences to American notions of freedom, which are very different from those found in Western Europe, let alone the region.

The electoral coalition that brought President Trump to victory and issues such as the opioid crisis are other, pertinent ways to discuss some of the reasons that arrogant elites are increasingly disconnected from the masses. The brave, no-holds-barred reporting of someone like a Chris Arnade or Salena Zito is something that could be of great interest to restless audiences in the region.  The same is true of voices like veteran Arab-American journalists like Hisham Melhem, who can talk with equal insight and verve on the problems of the region and on American society and culture.

And if an American broadcaster should double down on American content, there are also so many under-reported or unreported stories in the region that deserve to see the light of day.  The embedded bigotry and intolerance existing in the region that is not named ISIS or Al-Qaeda or the minions of the Iranian regime is one such story.  Civil rights stories related to discrimination based on race, gender, ethnicity, or religion is another. So is the struggle of the poor, whether indigenous or guest workers from South Asia or the Philippines mistreated in the Gulf or Lebanon. So is the issue of endemic corruption in the region, everywhere, with our friends and with our adversaries.

An American broadcaster also has a duty to highlight those voices that are marginalized or silenced in a media environment dominated by regimes and by Islamists. If an American broadcaster would not be the preferential place of refuge for the region’s striving and hard-pressed liberals, reformers, secularists, and free thinkers, who would? I see that such space would also include the best of freedom-loving and humanistic Western political thought, from the spirit of the Federalist Papers to Thoreau and Dorothy Day to Hayek and Kirk.

None of these ideas are particularly radical. They are, indeed, embedded in the original legislation from 1994 on U.S. broadcasting.  “Reliable and authoritative news” should be robustly accompanied by extensive reporting on U.S. government policy, on the diversity (including political diversity) and richness of American life, and on “a variety of opinions and voices from within particular nations and regions prevented by censorship or repression from speaking to their fellow countrymen.”

Such an unabashedly pro-American identity that is bold and passionate about upholding universal values can still have real power.  It is needed now more than ever as aggressive authoritarians from Iran, Russia and China join the chorus from the Arab World.

And such an approach becomes even more important as the jihadi threat morphs and endures in the region. The ideological challenge is much more than ISIS or even of a durable and protean Al-Qaeda, and requires a multi-faceted approach. The thought of thinkers like Islam Behery or Sayyid Al-Qimni or a political comedian like Bassem Youssef would become even more powerful in an Arabic-language broadcast media space where they are truly unshackled.

The narrative of Muslim reformers and liberals – the real ones – will become even more important in the years ahead, as some in the region wake up from long and deep authoritarian or jihadi nightmares and desperately look for options. Publicizing those escaping from ISIS today is only a first step in a long struggle. The struggle on the battlefield is only the first skirmish in a twilight conflict involving the minds, wills, and souls of both our adversaries and ourselves. Unpacking and subverting the ideological discourse of jihad is a sadly still nascent task that will require the same type of commitment and continuity that decades of extremists brought to nurturing it in the first place.

More Than Half The Battle: On Broadcasting And Ideology 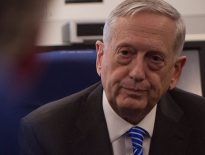 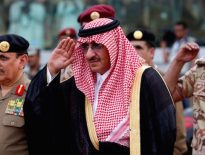 Headlines Deposed Saudi Prince Is Said to Be Confined to Pal…
0
wpDiscuz
0
0
Would love your thoughts, please comment.x
()
x
| Reply
We use cookies to ensure that we give you the best experience on our website. If you continue to use this site we will assume that you are happy with it.Ok