Gibran Bassil peaks with lawmaker Ziad Asswad, center, a member of his parliament bloc, at the presidential palace, in Baabda east of Beirut, Lebanon. (File/AP)

NEW YORK: Gebran Bassil may be the first Lebanese politician to be subjected to sanctions under the Magnitsky Act — designed to punish corruption and human rights violations — but he certainly won’t be the only one.

According to a US official source — who asked to remain anonymous — 23 other Lebanese politicians and individuals have also been blacklisted.

Two months ago, the State Department contacted those designated — in addition to Bassil — and set an ultimatum for them to alter behavior or face isolation through sanctions.

The official told Arab News that, while four managed to get off the list, the other 19 had tried to get around the requirements “by going around, offering to strike deals, hoping to outsmart the US administration.”

Some with close ties to Bassil did not relent in “backstabbing Bassil, thinking that would get them off the hook. It didn’t work out.”

However, the official warned that “no Lebanese politician should be feeling happy. Some of the individuals blacklisted are close to Saad Hariri (the Lebanese Prime Minister), as well. So, no one feels happy about Bassil’s misfortune. Many more Lebanese politicians and their allies will follow. All corruption will be met with sanctions.”

He added that the State Department contacted Bassil again ten days ago and asked him to publicly distance himself from Hezbollah.

Bassil, the head of the Free Patriotic Movement, who is at the center of government formation effort, tried to reason with the Americans: His alliance with Hezbollah could yield benefits that are otherwise impossible to achieve, arguing about the important role he played in facilitating the maritime borders talks between Israel and Lebanon.

But the Americans would have none of it. That was the last Bassil heard from them before sanctions were enacted.

On Friday, Bassil said on Twitter that he was not “scared” of the sanctions and had not been “tempted” by promises.

In September, the US blacklisted two ex-Lebanese government ministers, Hassan Khalil and Youssef Fenianos for providing material support for Hezbollah and engaging in government corruption. 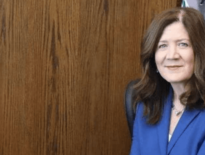 Headlines (video) US Envoy: Lebanon’s Bassil Was Open to B… 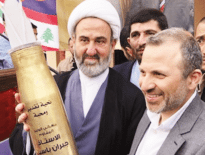 Headlines Thank you America: Treasury OFAC sanctioned Hezbo…
0
wpDiscuz
0
0
Would love your thoughts, please comment.x
()
x
| Reply
We use cookies to ensure that we give you the best experience on our website. If you continue to use this site we will assume that you are happy with it.Ok