Trending
You are at:Home»Categories»Commentary»Missiles and the Nuclear Negotiations with Iran
By Michael Eisenstadt on 7 July 2015 Commentary, Politics

Although Iran’s missile arsenal is conventionally armed, credible reports of links with its nuclear program underscore the need for limits on missile R&D work as part of a nuclear accord.

According to the latest reports stemming from the P5+1 talks, Iran is now insisting that UN sanctions on its ballistic missile program be lifted as part of a long-term nuclear accord. In addition to further complicating already fraught negotiations, this development highlights the importance Tehran attaches to its missile arsenal, as well as the need to answer unresolved questions about possible links between its missile and nuclear programs.

Early in the P5+1 negotiations, U.S. officials stated that “every issue,” including the missile program, would be on the table. In February 2014, however, Undersecretary of State for Political Affairs Wendy Sherman stated, “If we are successful in assuring ourselves and the world community that Iran cannot obtain a nuclear weapon,” then that “makes delivery systems…almost irrelevant.” Yet many observers remain concerned that personnel and facilities tied to Iran’s missile program were, and may still be, engaged in work related to possible military dimensions (PMD) of the nuclear program. These concerns underscore the need to effectively address the missile issue as part of the UN Security Council resolution that will backstop the long-term nuclear accord now being negotiated, if it will not be dealt with in the accord itself.

The Iran-Iraq War convinced Tehran that a strong missile force is critical to the country’s security, and it has given the highest priority to procuring and developing various types of missiles and rockets. Missiles played an important role throughout that war and a decisive role in its denouement. During the February-April 1988 “War of the Cities,” Iraq was able to hit Tehran with extended-range missiles for the first time. Iranian morale was devastated: more than a quarter of Tehran’s population fled the city, contributing to the leadership’s decision to end the war.

Since then, missiles have been central to Iran’s “way of war,” which emphasizes the need to avoid or deter conventional conflict while advancing its anti-status quo agenda via proxy operations and propaganda activities. Iran’s deterrence triad rests on its ability to (1) threaten navigation through the Strait of Hormuz, (2) undertake terrorist attacks on multiple continents, and (3) conduct long-range strikes, primarily by missiles (or with rockets owned by proxies such as Hezbollah). Yet the first two options carry limitations: closing the strait would be a last resort because nearly all of Iran’s oil exports go through it, and Tehran’s ability to wage terror has atrophied in recent years (as demonstrated by a series of bungled attacks on Israeli targets in February 2012). Therefore, its missile force is the backbone of its strategic deterrent.

Missiles enable Iran to mass fires against civilian population centers and undermine enemy morale. If their accuracy increases in the future, they could further stress enemy defenses (as every incoming missile would have to be intercepted) and enable Iran to target military facilities and critical infrastructure. Although terrorist attacks afford a degree of standoff and deniability, missiles permit a quicker, more flexible response in a rapidly moving crisis — for example, after an initial series of preplanned terrorist attacks, Tehran or its proxies might need weeks to organize follow-on operations. Missile salvos can also generate greater cumulative effects in a shorter period than terrorist attacks.

Indeed, missiles are ideally suited to Iran’s “resistance doctrine,” which states that achieving victory entails demoralizing one’s enemies by bleeding their civilian population and denying them success on the battlefield. In this context, rockets are as important as missiles, since they yield the same psychological effect on the targeted population. The manner in which Hezbollah and Hamas used rockets in their recent wars with Israel provides a useful template for understanding the role of conventionally armed missiles in Iran’s warfighting doctrine.

Missiles are also Iran’s most potent psychological weapon. They are a central fixture of just about every regime military parade, frequently dressed with banners calling for “death to America” and declaring that “Israel should be wiped off the map.” They are used as symbols of Iran’s growing military power and reach. And as the delivery system of choice for nuclear weapons states, they are a key element of Iran’s nascent doctrine of nuclear ambiguity and its attempts at “nuclear intimidation without the bomb.”

Finally, while most nuclear weapons states created their missile forces years after joining the “nuclear club” (due to the significant R&D challenges involved), Iran will already have a sophisticated missile force and infrastructure in place if or when it opts to go that route. This ensures that a nuclear breakout would produce a dramatic and rapid transformation in Iran’s military stature and capabilities.

Iran has a large, capable missile force, with a likely inventory of more than 800 short- and medium-range ballistic missiles. These include single-stage liquid-fuel missiles such as the Shahab-1 (300 km range), Shahab-2 (500 km), Qiam (500-750 km), Shahab-3 (1,000-1,300 km), and Qadr (1,500-2,000 km). Nearly all of them can reach U.S. military targets in the Persian Gulf, and the latter two can reach Israel. These missiles, which include several subvariants, are believed to be conventionally armed with unitary high-explosive or submunition (cluster) warheads.

Additionally, Iran has tested a two-stage solid-fuel missile, the Sejjil-2, whose range of over 2,000 km would allow it to target southeastern Europe — though it is apparently still not operational. In a June 28, 2011, press statement, Tehran claimed that it was capping the range of its missiles at 2,000 km (sufficient to reach Israel but not Western Europe), implicitly eschewing the development of intercontinental ballistic missiles in a presumed bid to deflect U.S. and European concerns. Yet its Safir launch vehicle, which has put four satellites into orbit since 2009, could provide the experience and knowhow needed to build an ICBM. (According to a May 2010 report by the International Institute for Strategic Studies, the Safir struggled to put a very small satellite into low-earth orbit and has probably reached the outer limits of its performance envelope, so it could not serve as an ICBM itself.) In 2010, Iran displayed a mockup of a larger two-stage satellite launch vehicle, the Simorgh, which it has not yet flown.

Tehran has also claimed an antiship ballistic missile capability that it probably intends for potential use against U.S. aircraft carriers: the Khalij-e Fars and its derivatives, the Hormuz-1/2, each with a claimed range of 300 km. Yet it is not clear that these systems are sufficiently accurate or effective to pose a credible threat to U.S. surface elements in the Gulf.

In addition, Iran recently unveiled the Soumar land-attack cruise missile, which is reportedly a reverse-engineered version of the Russian Raduga Kh-55. It has a claimed range of 2,500-3,000 km, though it may not be operational yet. The Kh-55 was the Soviet air force’s primary nuclear delivery system.

Iran also fields a very large number of rockets, including the Noor 122 mm (with a range of 20 km), the Fajr-3 and -5 (45 and 75 km), and the Zelzal-1, -2, and -3 (with claimed ranges of 125 to 400 km). During the Iran-Iraq War, rockets played a major role in bombarding Iraqi cities along the border, and they are central to the “way of war” of Iranian proxies and allies such as Hezbollah and Hamas.

Tehran has built this massive inventory so that it can saturate and thereby overwhelm enemy missile defenses in any conflict. It would likely use such tactics whether its missile force remains conventional or becomes nuclear armed, since conventional missiles could serve as decoys that enable nuclear missiles to penetrate defenses. Numbers would also enable Iran to achieve cumulative strategic effects on enemy morale and staying power by conventional means.

Finally, many of Iran’s missiles are mounted on mobile launchers, and a growing number are based in silo fields located mainly in the northwest and toward the frontier with Iraq. This mix of launch options is likely intended to impede preemptive enemy targeting of its missile force. The resources invested in this effort are unprecedented for a conventionally armed force, which indicates that at least some of these missiles would likely be nuclear armed if Iran eventually goes that route.

In the annex of a November 8, 2011, report regarding the nuclear program’s possible military dimensions, the International Atomic Energy Agency said it possessed credible information and documents connecting Iran’s missile and nuclear programs. These indicated that, prior to the end of 2003, Iran had:

Moreover, in 2004, Iran began deploying triconic (or “stepped”) RVs — a design almost exclusively associated with nuclear missiles — on its Shahab variants. Some experts (including Uzi Rubin and Michael Elleman) believe that Iran may have deployed the triconic RV to enhance the stability and thus the accuracy of its conventional warheads, and perhaps to achieve higher terminal velocities that could reduce reaction time for missile defenses. But if Iran were able to build a miniaturized nuclear device, its experience in designing, testing, and operating missiles with triconic RVs could expedite deployment of this weapon. Indeed, David Albright claimed in his 2013 book Peddling Peril that members of the A. Q. Khan nuclear smuggling network possessed plans for smaller, more advanced nuclear weapon designs that might have found their way to Iran, though most experts doubt the regime’s ability to build such a compact device at this time.

These reports underscore why Washington and its partners must insist that Tehran respond to the IAEA’s questions about past engineering studies, design work, tests, and other elements of the PMD file prior to the lifting of sanctions. They also highlight the need for a UN Security Council resolution (as called for in the Lausanne parameters) that would impose limitations on Iran’s missile R&D work and threaten real consequences for those who assist Iran’s missile program. Failure to do so would signal tacit acceptance of activities that could enable Iran to deploy its first nuclear weapon atop a medium-range missile — an achievement that took most nuclear weapons states, including the United States and Soviet Union, about a decade to accomplish. This development would in turn magnify the destabilizing impact of an Iranian breakout, while incentivizing other regional states to either take preventive action or move toward nuclear capabilities of their own before Iran crosses that threshold.

Michael Eisenstadt is the Kahn Fellow and director of the Military and Security Studies Program at The Washington Institute.

Missiles and the Nuclear Negotiations with Iran 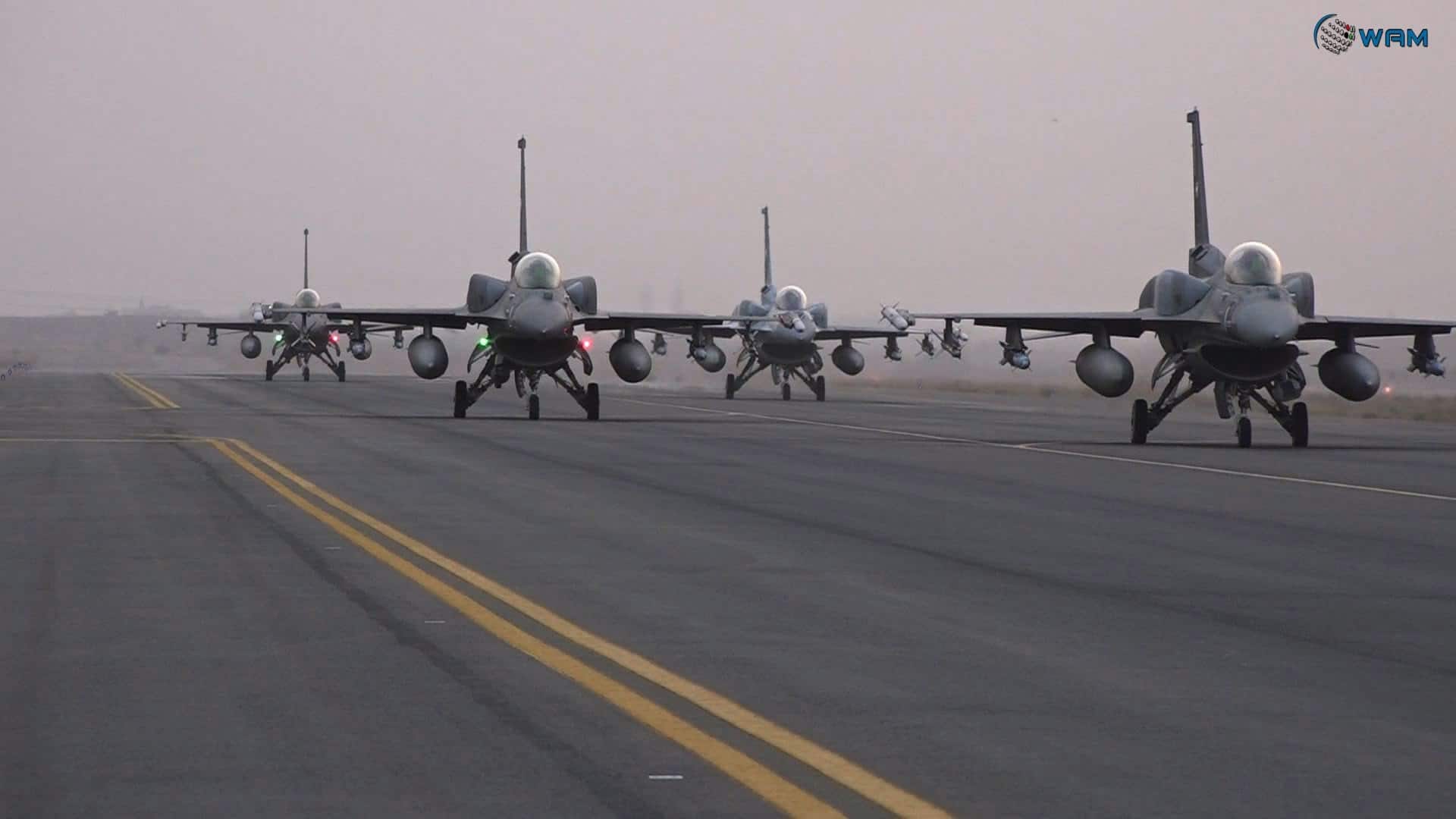 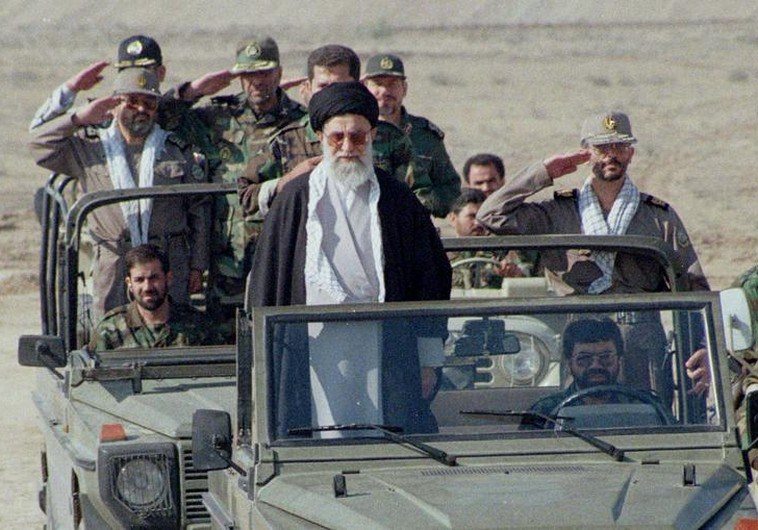 Features Iranian nuclear deal set to make hardline Revoluti…
0
wpDiscuz
0
0
Would love your thoughts, please comment.x
()
x
| Reply
We use cookies to ensure that we give you the best experience on our website. If you continue to use this site we will assume that you are happy with it.Ok