As a series of Block 4 upgrades are set to elevate the Lockheed Martin F-35’s profile for the counter air-defense mission, a top program official shared an operational anecdote highlighting the aircraft’s latent capability against surface-to-air missile (SAM) systems.

Although ISIS forces posed little threat to the F-35A, the deployment provided opportunities for the stealthy fighter to demonstrate capabilities against a more sophisticated opponent.

Abba described an operational scenario that involved a mobile SAM system. The U.S. intelligence community normally tracks the locations of such systems as closely as possible, but in this case the mobile SAM had not been seen “in a while,” he said.

Meanwhile, two F-35As were en route to perform an unrelated mission when an indication of the missing, mobile SAM appeared on their cockpit displays, Abba said. The inference was that the F-35’s onboard sensors, such as the BAE Systems ASQ-239 electronic-warfare suite, detected and identified the threat. The pilots used the data to cue the radar-mapping mode of the F-35’s Northrop Grumman APG-81 active electronically scanned array radar to establish “targetable” coordinates for the SAM.

“We didn’t end up employing ordnance against that [threat], but it was fed back into the [command-and-control] structures in the intelligence community,” Abba explained.

Although the F-35 is not primarily an intelligence, surveillance and reconnaissance (ISR) aircraft, Abba described this latent F-35 capability as “drive-by ISR.”

But the anecdote highlights the F-35’s evolving role within the U.S. military for the suppression or destruction of enemy air defenses (SEAD/DEAD) mission.

“Make no bones about it, this aircraft is the preeminent SEAD/DEAD platform,” Abba said, “and that’s what we need to optimize it for.”

The description of the F-35 as the “preeminent” platform for the SEAD/DEAD mission is striking. Only four years ago, the Air Force’s written testimony to Congress described the F-35A as possessing only a “limited” SEAD/DEAD role. The aircraft also lacks certain features such as a stand-off jamming system and an anti-radiation missile, which are the tools of the trade for other aircraft performing the SEAD/DEAD mission, such as the Boeing EA-18G.

But the F-35’s potential as a counter air-defense system is growing. The Air Force last year launched development of the Stand-In Attack Weapon to give the F-35 a long-range anti-radiation missile, which is adapted from the Navy’s Advanced Anti-Radiation Guided Missile-Extended Range. The Block 4 modernization program also would add the MBDA Spear missile, which includes an electronic-warfare capability.

More recently, the F-35 also has demonstrated an ability to act as a stand-in sensor for long-range, surface-to-surface and surface-to-air missiles. 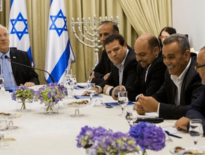 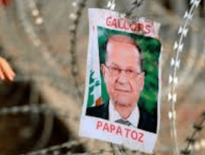 Headlines Un État schizophrène
0
wpDiscuz
0
0
Would love your thoughts, please comment.x
()
x
| Reply
We use cookies to ensure that we give you the best experience on our website. If you continue to use this site we will assume that you are happy with it.Ok