Trending
You are at:Home»Categories»Headlines»Memo to Trump: Iraq Is Too Big to Fail
By Michael Knights on 15 February 2017 Headlines

The first few weeks of Donald Trump’s presidency have been a political roller coaster for Iraq. On Jan. 21, the newly minted commander in chief raised his oft-repeated mantra that the United States might have offset the costs of the Iraq War by somehow seizing Iraqi oil. Six days later, he signed an executive order banning Iraqi nationals from entering the United States for 90 days and Iraqi refugees from entering for 120 days. The banned persons initially included thousands of translators and other Iraqis who risked their lives by serving alongside U.S. troops in Iraq.

Though Iraq’s parliament issued a nonbinding call to retaliate by banning American visitors, Prime Minister Haider al-Abadi chose to take the high road. Refusing to bow to domestic political pressure, he ruled out a reciprocal travel ban in a speech on Jan. 31.

The day before Abadi rejected a travel ban on Americans, the Iraqi parliament ratified the appointment of Qassem al-Araji as the new interior minister. Araji is a staunchly anti-American Shiite militant who spent 26 months in coalition custody under charges of supporting Iranian-backed insurgents — and now he is in charge of Iraq’s largest ministry, complete with its own special forces, intelligence service, miniature army (the Federal Police), and hundreds of police stations all over the country.

Araji’s party, the Badr Organization, has held the ministry since 2014, but the government resisted his appointment to the ministership for six months, in favor of a Badr officeholder less hostile toward the United States, Kurds, and Sunnis. That resistance crumbled in the face of the U.S. travel ban. It was a case study in how misplaced words or hasty acts in Washington can have dire consequences in places like Iraq, where America is most vulnerable.

Abadi’s statesmanlike restraint — which may yet come at a cost to his political future in the 2018 elections — is also a reminder of the significant interests that the United States and Iraq share, particularly as the two countries fight shoulder to shoulder in Mosul. Whether you care about Iraq’s fate or not — and I do, emphatically — the country is simply too important to broader U.S. interests to risk its failure.

Iraq is the fourth-most populous state in the Middle East. If you are sickened by the suffering of Syria’s 23 million people or worried by the refugee outflow and the terrorist safe haven inside the country, try to imagine how much worse the situation would be with an added 36 million Iraqis thrown into the mix.

This nearly happened when the Islamic State seized a third of Iraq in 2014 but was prevented in large part due to the Iraqi counterattack enabled by the U.S.-led international coalition. Iraq will come apart again, and a new Islamic State-type threat will emerge, unless Washington stays engaged.

The new U.S. administration has placed Iran “on notice” for its destabilizing support of proxy forces and the expansion of its influence across the Middle East. And nowhere is this struggle more urgent than in Iraq. Since the U.S. withdrawal from Iraq in December 2011, Iranian influence has swelled. The Iraqi Shiite militias supported by Iran have been executing their own foreign policy, acting as an Iranian foreign legion in Syria. Some of these actors — Kataib Hezbollah and Asaib Ahl al-Haq — have recast themselves as the Popular Mobilization Units, volunteers in the fight against the Islamic State, but their real intent is to fight on beyond the liberation of Mosul and form a permanent Iraqi arm of Iran’s Islamic Revolutionary Guard Corps (IRGC). Other Iranian-backed actors, like Interior Minister Araji, now run key security organs.

If moderates like Prime Minister Abadi are undermined by these Iranian proxies, Iraq will slowly slide back into a Syria-like civil war. The Islamic State or a successor will fill this vacuum. All the gains of the last two years will be lost, and the United States will be driven out of Iraq by Iranian proxies — thus losing the ability to directly prevent the re-emergence of a new terrorist safe haven in the heart of the Middle East.

The good news is that the United States is not swimming against the tide of Iraqi politics. On the contrary, it has aligned itself with the political and religious mainstream. Most Iraqis don’t want their country to be controlled by outsiders. They want sovereignty, choices, and leverage.

This is not what Iran offers. Iraqi nationalists — whether they are Shiite moderates like Abadi, U.S.-trained special forces soldiers, Sunni Arabs, or even homegrown Shiite radicals like Moqtada al-Sadr — know that it would be curtains for them as soon as the Iranian-backed factions took over Baghdad. Meanwhile, the Shiite religious leadership in Najaf is looking down the barrel of an Iranian gun. When the country’s preeminent Shiite religious authority, the 86-year-old Grand Ayatollah Ali al-Sistani, passes away, there will be a fierce scramble for spiritual leadership of Iraqi Shiites, and Iran will play hardball for this ultimate prize.

The semiautonomous Iraqi Kurds, America’s oldest allies in Iraq, can also look forward to a new confrontation with the Iraqi government if Tehran’s proxies take over Baghdad. Just as the theocracy in Tehran constantly vents its special hatred for Iran’s Kurds, so too will the IRGC try to place Iraqi Kurds under the hammer of an oppressive state.

The United States has a much less prescriptive vision that’s far more attractive to Iraqis: Brett McGurk, the U.S. special envoy for the anti-Islamic State coalition, has called for “functioning federalism,” power sharing between ethnosectarian blocs, and a negotiated settlement over the future status of Iraqi Kurdistan between Baghdad and the Kurds. At heart, Washington wants a strong and sovereign Iraq so that the United States can reduce its presence without ceding the country to Iran.

GETTING RETURN ON INVESTMENT IN IRAQ

There is no recouping the young American lives lost in Iraq or clawing back the billions of dollars spent there. But the United States can save itself future costs in blood and treasure by keeping up a modest program of assistance to Iraqi moderates like Abadi and our allies in the Iraqi military and special forces.

Trump should understand that the U.S.-Iraqi partnership is, put simply, a great deal. If he is looking for a partner that supports U.S. objectives but carries most of the costs itself, he should look no further than Iraq over the last two years.

Take U.S. economic assistance to Iraq, for example. Washington played a lead role in pulling together $16 billion worth of economic aid to pay for Iraq’s war against the Islamic State. But how much money did America directly put up? The main U.S. contribution was $2.7 billion in foreign military financing credit — in effect, a loan to buy U.S. military equipment, which helps American industry as well as Iraq’s military.

A strong Iraq led by moderates will become a powerful economy where American firms can compete on a level playing field. U.S. engineering giant General Electric recently announced a $1.4 billion deal to upgrade Iraq’s electricity sector, one of a number of megadeals favoring the United States in sectors such as defense and energy.

Iraq is an even stronger partner in the security sphere. From 2014 to 2016, U.S. military commanders assessed that the Islamic State had suffered 45,000 fatalities in Iraq and Syria, with the larger share likely in Iraq. In the same period, four U.S. personnel were killed in action in Iraq. That number is so low only because the Iraqi security forces have taken on the vast majority of the fighting with air support from the U.S.-led coalition, the embodiment of the burden sharing expected from major allies by the new U.S. administration.

The Trump administration needs to act now to keep this formula going. The first thing it can do is extend the Combined Joint Task Force — Operation Inherent Resolve mission by at least two years. This coalition of more than 60 nations not only locks in substantive contributions from countries like Australia, New Zealand, Italy, Germany, and France; it also ensures that Iranian-backed militants will have a harder time targeting and criticizing a coalition that includes many of the nations that Iran is counting upon as investors and supporters of sanctions relief.

The United States also needs to extend a new Iraq Train and Equip Fund (ITEF) to support the Iraqi military beyond the end of 2017. The previous ITEF cost $1.6 billion and shattered the Islamic State’s dream of carving out a lasting caliphate across large swaths of Iraq. This kind of investment should be replicated with another three-year plan that supports the U.S.-built Iraqi Counterterrorism Service and the Iraqi Army, which represent the last, best hopes of resisting the growth of Iranian-backed militias.

This month’s close run with a ban on American visitors to Iraq was a warning shot: The U.S.-Iraqi relationship is not too big to fail. If the travel ban had happened after Mosul was liberated — when Iranian-backed elements could argue the U.S. military was no longer needed — then Abadi might not have been able to withstand the pressure. With Iraqi provincial elections due in September 2017 and national parliamentary elections in spring 2018, there will be growing pressure on Iraqi leaders to take populist measures.

When the next crisis hits, the United States needs to be an integral part of Iraq’s programs to train and equip its military and bolster its economy. If the Trump administration continues to gravely offend Iraqis across the country, it cannot expect moderates like Prime Minister Abadi to continue standing up to Iranian pressure. And in that case, historians will one day look back and ask how the Trump administration lost Iraq.

Michael Knights is a Lafer Fellow with The Washington Institute and author of its report “How to Secure Mosul.” He has worked in all of Iraq’s provinces and spent time embedded with the country’s security forces.

Memo to Trump: Iraq Is Too Big to Fail 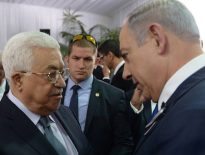 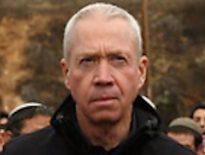 Features Galant works to block Golan becoming another front…
0
wpDiscuz
We use cookies to ensure that we give you the best experience on our website. If you continue to use this site we will assume that you are happy with it.Ok