When Miguel Torres, scion of an iconic Spanish winemaking dynasty, described the impact of the Catalan quest for independence on his more than a century-old business in a letter to wine writer Andrew Jefford, little did he realize that he had put his finger on one of the current world’s most fundamental battles: nationalism and populism vs. inclusive multi-culturalism.  It is a struggle that is tearing countries apart and rewriting the international order.

Mr. Torres worried that in the unlikely case of secessionists succeeding in taking Catalonia out of Spain, his business would grapple with the same problem UK-based companies are struggling to come to grips with as Britain prepares to leave the European Union. The winemaker’s letter made Mr. Jefford realize that the culture of wine embraced the very principles that were being challenged by US President Donald J. Trump’s America First principle and his opposition to multi-trade agreements, Britain’s Brexit, and nationalism and populism’s agitation against the other.

Mr. Jefford’s concept of Wineism that celebrates the existence of multiple identities, difference, trans-nationalism and the breaking down of trade barriers is as applicable to non-Muslim nations where alcohol is not religiously questioned as it is to the Islamic world that despite the faith’s ban boasts numerous winemakers. 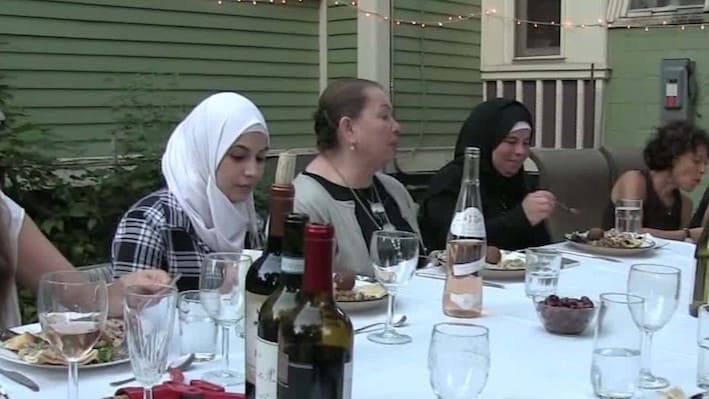 At the core of the mayhem of death, destruction and brutal repression that has engulfed multiple Middle Eastern and North African nations is the failure of decades of autocratic rule that not only failed to deliver public goods and services, but also to build inclusive societies that took account of religious, ethnic and regional differences and ensured that all segments of society had a stake.

In contrast to Mr. Torres’ business that has yet to feel what the rise of Catalan nationalism and Spanish nationalism would have on its business, many wine and alcohol producers in the Middle East and North Africa that include Lebanon, Iraq, Syria, Turkey, Egypt, Morocco and Algeria, have succeeded to stay in business despite war, upheaval and militant religious opposition.

In doing so, they wittingly or unwittingly testify to the very principles that are at stake in their region’s volatile transition and ultimately will need to constitute the basis for sustainable economic, social and political development.

In contrast to Spain whose territorial integrity is questioned but not seriously threatened by Catalonian nationalism, several Middle Eastern and North African countries, including Syria, Iraq, Libya, and Yemen, could emerge from crisis having given birth to multiple new statelets. Yet, even without a redrawing of the region’s political map, international trade and inclusive domestic policies will be key determinants of its success. And irrespective of religious attitudes, wine culture may be one guide for the way forward.

Winemakers in Lebanon like Elie Maamari of Chateau Ksara and the daughters of General Joseph G. Bitar, who translated his passion for Italian wine culture into a business after returning from his post as Lebanon’s military attaché in Rome and Lebanese-born Syrian producers Karim and Sandro Saade, producers of what has been dubbed ‘the world’s most dangerous wine,’ can tell Mr. Torres what it is like to keep their business going under circumstances far worse than his worst nightmare. So can Iraqi beer and arak producers who after decades of war saw parliament ban their wares in 2016.

Nonetheless, in Mr. Jefford’s reading wine says it all. Contemplating a bottle of one of France’s premier wines, Chambolle-Musigny les Amoureuses, he asks: “What is its identity? An Amoureuses?  A Chambolle?  A Côtes de Nuits?  A red burgundy?  A French wine?  A European wine? A red wine?  The answer, of course, is all of these. What is true for wines is still more true for human beings.  When I begin to enumerate my own identities, I soon lose count.”

Nowhere is this truer than in the Middle East and North Africa where the attempt by political and religious groups as well as opportunistic autocrats to impose a singular identity has brought the region to the brink. Iraq aided by Turkey and Iran may have halted Kurdish secession in its tracks but has done little to squash Kurdish aspirations in any of the three countries.

The same is true for the quest of Palestinians, another regional wine producer, for an independent state despite US-backed Israeli policies and Palestinian divisions that threaten to defeat a two-state solution as an option for solving the Israeli-Palestinian conflict. Similarly, the jury is still out on Shiite majority Iraq’s ability to convince Sunni Muslims that they have an equitable place in the country.

Mr. Jefford’s notion of wine’s multiple identities goes to the core of another reality that autocrats in militants in the Middle East and North Africa conveniently brush aside.

“If you like wine, you love difference; difference should therefore be accepted as an absolute good.  If you drink branded vodka, whisky or beer, you replicate the same experience each time. If you drink wine, you dive into a world of multiple differences – of vintage, of origin, of variety, of wine-making techniques, of ageing practices, of level of maturity.  Wine teaches us the valuable lesson that nothing is ever truly the same twice, either in place or time, and that differences merit respect,” Mr. Jefford says.

Finally, the history of wine is the history of a world that was open to international trade and open borders. French wine historian Philippe Roudie noted that medieval Europe’s largest trade sector was wine. Today’s wines are its legacy. “Its sensual intricacy and refinement, and the prosperity of those involved in farming, creating and trading it, would collapse without international trade,” Mr. Jefford said.

Commenting on Mr. Jefford’s theory of Wineism, journalist Laura Lakeway noted that the traits he describes are valid among wine lovers irrespective of their politics. “I know people in the wine trade who are politically conservative. Yet while they might not lean to the left as Jefford does, they invariably share the generous spirit that unites wine lovers,” Ms. Lakeway said.

Dr. James M. Dorsey is a senior fellow at the S. Rajaratnam School of International Studies, co-director of the University of Würzburg’s Institute for Fan Culture, and co-host of the New Books in Middle Eastern Studies podcast. James is the author of The Turbulent World of Middle East Soccer blog, a book with the same title as well as Comparative Political Transitions between Southeast Asia and the Middle East and North Africa, co-authored with Dr. Teresita Cruz-Del Rosario,