The incoming Minister of Defense has been championing the idea of a comprehensive arrangement between Israel and the Arab world for a long while. Now, with Egyptian President al-Sisi promoting just such a move, Lieberman’s commitment to his proclaimed vision will be put to the test.

It’s not too hard to guess what Avogdor Lieberman’s next campain slogan will be, this time with him gunning for the Prime Minister spot: Strong on defense, flexible on peace. There are strong hints that the Prime Minister and his new Minister of Defense agree that an Israeli-Palestinian peace agreement should include an overall agreement with the Arab world, led by Egypt.

True, the commitments made by PM Netanyahu to Egyptian President Abdel Fattah al-Sisi, which were meant to publically launch this move, were made with the Zionist Union still in mind, before the political switch to Lieberman, but the Yisrael Beytenu Chair seems to still be in line. Netanyahu can roll on, at least discussing a future agreement. 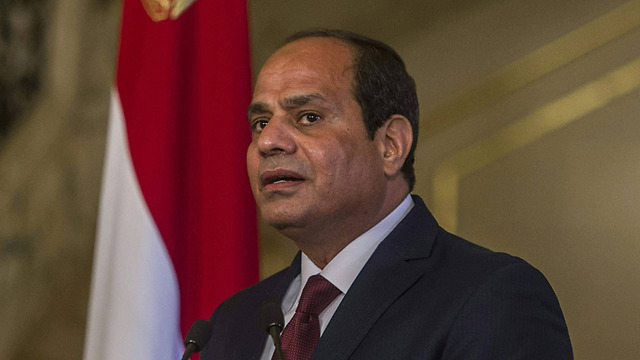 The Egyptians passed along their concerns about Lieberman’s appointment as Defense Minister shortly after it was announced. Netanyahu then gave al-Sisi a phone call intended on calming the Egyptian President down. The diplomatic initiative concocted by Tony Blair in the past few months – along with PM Netanyahu’s representative Yitzhak Molcho – is still on the agenda, he surely said.

According to Egyptian sources, during their conversation Netanyahu reiterated the Israeli commitments given to al-Sisi ahead of his public appearance on May 17, in which he called for Israel and the Palestinians to commence a peace conference. Netanyahu even committed to publically stating his support of al-Sisi’s move after the new ministers in his government are sworn in.

Egyptian officials who read the conversation’s transcripts got the impression that Netanyahu was speaking for his new Def. Min. as well. Perhaps this feeling should be cultivated, said Lieberman associate Moshe Leon while speaking on the radio, because Lieberman is committed to a regional solution. And the only regional initiative currently on the table is the one being championed by al-Sisi. By the way, earlier this week a delegation of senior Israeli Foreign Ministry officials visited Israel, but it was not a part of the developing diplomatic process. The Foreign Ministry’s clerk class is not yet partner to these proceedings, but is currently spending time developing an ongoing dialogue between the two sides – a nice achievement on its own.

The Egyptians’ worries aren’t just due to the change in the Israeli coalition government’s structure and the Zionist Union’s distancing from the government, but also due to the fear that the number of new votes Lieberman brings with him won’t be enough to prevent the Bayit Yehudi party from effectively vetoing the move in government votes.

Shortly before al-Sisi’s speech, Tony Blair communicated to him two of Netanyahu’s promises, which gave the Egyptian President the green light to start making moves involving the Saudis and UAE. The first was that Israel would accept the Saudi peace initiative, while acknowledging the fact that it has reservations about it which will be discussed as part of the dialogue with the Arab world’s representatives. The second was that Israel will publically repeat commitment to a two-state solution, and would privately perform certain acts that would give that public announcement some credence. This could bring the new Defense Minister face-to-face with his first big test in office. 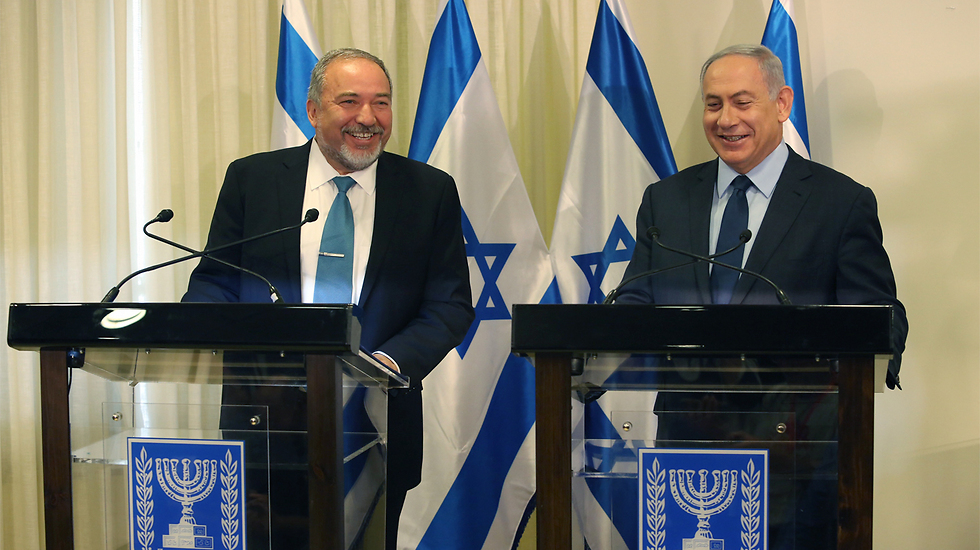 PM Netanyahu and his new Defence Minister. Will Lieberman be willing to pay the price for his vision? (Photo: Gil Yohanan)

In a meeting held with students at the Interdisciplinary Center (IDC) in Herzliya towards the end of his term as Foreign Minister, Lieberman said, “A comprehensive arrangement with the moderate Arab world is what will bring about a solution to the Palestinian question.” In the current age, he said, Israel has a great opportunity to reach a regional arrangement which would include diplomatic and trade relations. “Imagine being able to take a plane directly from Tel Aviv to Doha or Riyadh. That is a new, completely different, reality. Israel’s technological abilities and the moderate Arab world’s financial power will change the reality of the Middle East, and the world at large.”

According to Lieberman’s worldview, an arrangement with the Palestinians would be a byproduct of this process. “If we know how to reach this stage, we won’t need the Quartet,” he said. According to Lieberman, the Palestinian Authority is scared, and can’t reach an agreement with Israel on its own. Among other things, it fears hundreds of thousands of Palestinian refugees swarming into the West Bank, with the PA unable to provide them with work. Therefore, he claims, only a comprehensive arrangement will bring about a solution to the Palestinian question.

And here, Lieberman enters the government with an Egyptian plan for a comprehensive arrangement on the table. Now it’s in his hands as well. Now we’ll see how his statements on the subject will stand, considering the price Israel will have to pay the Arab world in order to jump-start the process. Lieberman will need to make fateful decisions from the start – ones that show flexibility, and may even include the need to give the Palestinians concessions at the expense of Israeli settlers.