Trending
You are at:Home»Categories»Headlines»Lebanese Writer: French Ambassador To Lebanon Serves Iran, Hizbullah – Undermining The Interests Of Lebanon, France
By Memri on 28 May 2020 Headlines

Writing in the Lebanese daily Al-Liwa under the headline “France’s Ambassador in Beirut – The Diplomat Marketing Iran’s Hegemony Over Lebanon,” political analyst Ahmad Fahed Al-Ayoubi attacked the outgoing French Ambassador to Lebanon, Bruno Foucher, and accused him of serving Iran and Hizbullah. Al-Ayoubi wrote that Foucher’s previous diplomatic post, as an advisor at the French embassy in Iran (2011-2016), apparently colored his perception of Hizbullah: while most of the countries in the world define Hizbullah as a terrorist organization, Foucher behaves as though he is “in charge of marketing the Hizbullah government” and “misses no opportunity to clear the name” of this organization, which seeks to turn Lebanon into a smaller replica of Iran.

Al-Ayoubi also warned that Foucher belongs to circles of the French elite that advocate a pro-Iran position, and that he seeks to cut Lebanon off from the Arab world and the West and push it towards the Iranian axis. Stressing that Foucher’s moves contravene France’s foreign policy, Al-Ayoubi urged France and its foreign ministry to end his “troubling” activity and recall him from Beirut.

The following are translated excerpts from his article:[1]

“It appears that the four years Bruno Foucher spent as second advisor at the French Embassy in Tehran continue to influence his diplomatic activity to this day, when he is about to complete his tour of duty as French ambassador to Lebanon. He has developed his unique ‘cooperative’ approach vis-à-vis Iran such that he is now serving as a ‘servant’ in charge of marketing the Hizbullah government headed by Hassan Diab.

“According to French diplomatic tradition, two advisors – first and second – in each embassy belong to French external security, which is the realm in which Iranians excel at setting traps to recruit those showing signs of bias towards joining the array of Iranian interests. Foucher absorbed the ideas of protecting the Iranian plan in the region, and during his service in Tehran acted to become one of the French elite advocating a pro-Iran position. As is well known, there is in the French decision-making echelon, especially in the French foreign ministry, a struggle over the approach to the [France-]Iran relationship. There are those who want to deepen [this relationship]so as to obtain privileges from the ayatollahs’ regime [in Iran], while another group wants ‘Paris [to]take its place alongside the capitals of the free world in order to come out against the Iranian destruction and terrorism in the region.’ This [latter]group completely understands Iran’s ability to manipulate facts and play the cards of the extremist organizations such as Al-Qaeda and ISIS that shocked Paris with their terror attacks.

“To this day, this struggle continues in full force, between the group calling on France to join Germany and designate Hizbullah a terror organization and [the group of]other diplomats with connections to the French  petroleum and natural gas companies that proposes maintaining relations with Iran in order to secure large financial deals…

“The ambassador, one of the leaders of the ‘Iranian group’ in the French administration, misses no opportunity to clear Hizbullah’s name. It was he who said, in a lecture a year ago at Saint Joseph University [in Lebanon], that ‘U.S. President Donald Trump fears Iran’ and stressed that France is continuing to talk with the Iranians. With regard to Hizbullah, he said that he thinks that ‘anyone opposing talks with this organization is mistaken, since [by doing so]they are refusing to talk with 30% of the parliamentary representatives of the Lebanese people.” Another position he expressed, following the [Lebanese] parliamentary elections, was that ‘the elections have yielded a new majority, and the government should be assembled on this basis.’ In response to the question of whether the nature of the majority that was established and its alliance with Iran would delay the assembly [of the government], Foucher said: ‘A  majority is a majority.’

“Sources familiar with the diplomatic atmosphere currently prevailing in Paris say that the officials in the French capital have expressed their outrage at the complete solidarity with Hizbullah shown by their ambassador in Beirut, Bruno Foucher – as if he were employed by the Iranian, not the French, [diplomatic]corps. This takes into account the background of his service in the Iranian capital and the relationships he developed with the various levels of security and political decisionmakers in Tehran, which exceeded the bounds of what is customary. These sources also said that the path taken by Ambassador Foucher and his supporters in the foreign ministry during his years in Lebanon has diverted the process of foreign policy to dark corners and is pushing Lebanon to join the Iranian axis and disconnecting it from its Arab environs and its international relations…

“Hizbullah wants to turn Lebanon into a smaller replica of Iran. Instead of a free economy, it wants a ‘resistance economy,’[2] as declared by [Lebanese] President Michel Aoun. This means, quite simply, that Lebanon would cut off relations with the Arab world, particularly with the Gulf countries, and with the U.S., and the EU member states, and that it would be pushed towards the Iranian axis [that is under]sanctions and siege [and]that is based on the delusions of alliance with Russia and China.

“Ambassador Foucher is in fact encouraging all-out political and cultural war against Lebanon’s history, identity, and stability. This damages Lebanese and French interests, since it is against the tendencies of French President Emmanuel Macron and of the French foreign ministry that have traditionally acted for Lebanon’s political stability and economic security. Accordingly, this arouses many doubts with regard to Ambassador Foucher’s interest in marketing Hizbullah’s plan while most of the countries in the world define it as a terrorist organization.

“[Here are some] questions for the outgoing ambassador:

“Ambassador Foucher has spoken of majority rule, but he ignores how this majority was reached and how it used weapons, staged a coup, paralyzed the constitutional institutions and forcibly imposed an election law – after preventing the majority rule of the March 14 [camp]despite its win in several areas. How has the French ambassador not noticed that some of this ‘majority,’ that was assisted by weapons, is accused of assassinating  [former]prime minister Rafiq Al-Hariri, a great friend of France, and of assassinating many Lebanese politicians and media members. How [can]Ambassador Foucher applaud the Hassan Diab government’s financial plan… that includes none of the reforms set as conditions by the International Monetary Fund…?

“The history of the ‘merciful mother’s’ [i.e. France’s, relationship with] Lebanon is of Charles de Gaulle and Francois Mitterrand and Jacques Chirac. Is it acceptable for an ambassador to toy with the reputation and fate of this relationship that does not end with Lebanon but branches out across the entire Arab world…?

“In short, an ‘Iranian Lebanon’ will never win support from the West and the Arabs. It is [a different kind of] Lebanon – [the country that is]a  symbol of coexistence, diversity and Arabism – that the Arab and international community will make efforts to save and to help. Does France want to be part of this axis – or part of the axis of isolation, siege, and terrorism?

This question is addressed to the French president and foreign ministry, as Ambassador Foucher attempts to involve his country in the complications and crimes of Iranian policy in Lebanon… Will he serve out [his term]in this important ‘position,’ or will France recall him [from Beirut]and put an end to the troubling activity between the Dahiya [Hizbullah’s stronghold in Beirut] and the Pine Residence [French ambassador’s residence in Beirut]?”

[2] A term used by Iranian Supreme Leader Ali Khamenei to describe an Iranian economy based on self-reliance and rejection of economic cooperation with the West, including foreign investment in Iran. For Khamenei’s explanation of “resistance economy,” see MEMRI Special Dispatch No.6088, Khamenei’s ‘Red Lines’ Speech, June 29, 2015.

by Memri time to read: 5 min 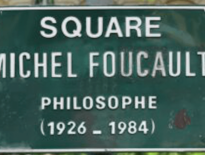 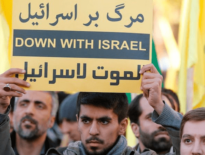 Headlines Al-Quds Day: What good did it do to Palestinians?…
0
wpDiscuz
0
0
Would love your thoughts, please comment.x
()
x
| Reply
We use cookies to ensure that we give you the best experience on our website. If you continue to use this site we will assume that you are happy with it.Ok