In an interview, Frederic Hof recalls how Bashar al-Assad undercut the party’s position on the Shebaa Farms.

Frederic Hof is a diplomat in residence at Bard College in New York. He is a former U.S. envoy to Syria, and served as ambassador and special adviser for transition in Syria under former president Barack Obama, with a distinguished career in the United States Army and the State Department. Hof also served as the director of the Rafik Hariri Center for the Middle East at the Atlantic Council. Recently, he wrote an article for Newlines magazine that received much attention in Lebanon, in which he described meeting with Syrian President Bashar al-Assad in February 2011 to discuss the possibility of a Syrian-Israeli settlement. Hof’s book on his mediation efforts is forthcoming. Diwan interviewed him to discuss what happened a decade ago. 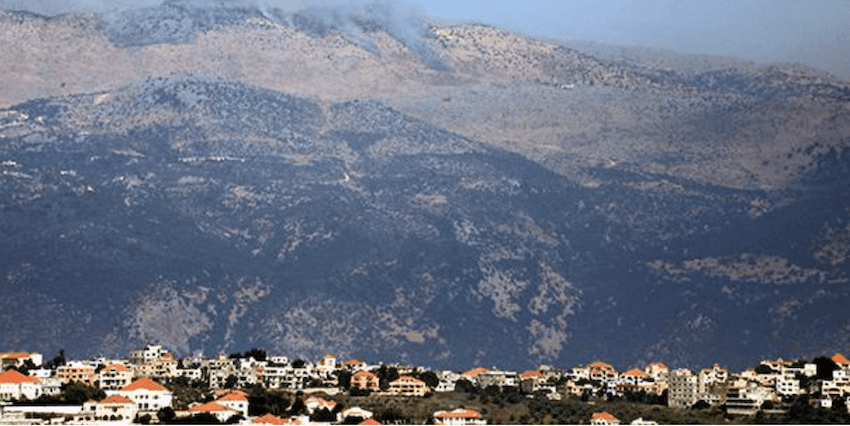 Michael Young: Can you tell us the context in which you met with Syrian President Bashar al-Assad in February 2011.

Frederic Hof: At the time I was trying to mediate peace between Syria and Israel, and there were many challenges I faced in doing so. Among them, Israeli Prime Minister Benjamin Netanyahu’s deep skepticism of Syrian President Bashar al-Assad’s willingness to make peace under any circumstances stood out. Whenever I would report to Netanyahu and his team some progress achieved in Damascus during discussions with then foreign minister Walid al-Muallem, the prime minister would respond skeptically or even dismissively, saying that anything Muallem said or committed to could later be qualified or contradicted by Assad. This was despite the fact that at a key meeting in Damascus in May 2010, Assad himself had told then senator John Kerry that he was personally committed to a full peace with Israel that would, among its provisions, guarantee the return to Syria of all Syrian land occupied by Israel during the June 1967 war.

For whatever reason, Netanyahu declined to accept Kerry’s testimony, which included an unsigned document agreed to by the Syrian side spelling out the prerequisites and components of peace. For whatever reason too, Netanyahu and the Syrians had some confidence in my role as mediator, so when I told the Israeli prime minister that I could seek a one-on-one meeting with Assad to try to draw him out on his personal commitment to meeting Israeli requirements for peace, he readily agreed. With the assistance of then secretary of state Hillary Clinton, I arranged a private meeting with the Syrian president for the last day of February 2011. The meeting took place as scheduled.

MY: You’ve written that Assad’s attitude with regard to an area along the Lebanese-Syrian border known as the Shebaa Farms and the Kfar Shouba hills surprised you. Can you explain what these places represent, and why you were surprised by Assad’s remarks?

FH: Lebanon’s claim to the Shebaa Farms and the Kfar Shouba Hills—the northernmost strip of the Golan Heights, occupied by Israel since June 1967—is the key to Hezbollah’s claim that the Israeli occupation of Lebanese land continues. By asserting ongoing occupation, Hezbollah justifies its armed status in terms of “resistance” to that occupation, therefore claiming it is not an illegal militia subject to disarmament.

Before the June 1967 Arab-Israeli war there were periodic discussions between Lebanon and Syria about the land in question, as the boundary between the two states established by France during the Mandate period was, in places, ambiguous. Lebanon (as evidenced by its own maps) acknowledged Syrian sovereignty, but sought boundary adjustments along the Golan Heights to accommodate the apparent ownership of land by Lebanese citizens in territory governed by Syria. But those talks did not produce agreement, and during the June 1967 war the area in question was occupied by Israel, along with nearly all the rest of the Golan Heights. For nearly 33 years after the war the Shebaa Farms and the Kfar Shouba Hills were considered by Lebanon and Syria to be Syrian territory and part of the occupied Golan.

This changed abruptly in 2000, when Hezbollah faced the threat of unilateral Israeli withdrawal from Lebanon. I say “threat” because the end of the Israeli occupation would mean an end to Hezbollah’s resistance, which would logically inspire demands for Hezbollah’s disarmament. Hezbollah, followed eventually by the Lebanese government, therefore claimed that the Shebaa Farms and Kfar Shouba Hills were Lebanese territory, claims quickly rejected by the United Nations. But Syria, eager to maintain an armed Hezbollah as a pressure point on Israel, verbally supported Lebanon’s claim.

When Assad told me that the Shebaa Farms and Kfar Shouba Hills were, after all, Syrian, I was not surprised by his statement of fact. What surprised me was his unhesitating readiness to undermine the rationale for Hezbollah’s arms and overrule the stated position of his own government.

MY: You’ve also revealed that Assad said he would be willing to make peace with Israel under certain conditions. What were these, and how seriously did the Israelis take such a commitment?

FH: In my meeting with Assad, he was careful to condition his willingness to break military ties with Iran and Hezbollah on terms of peace that would return to Syria all the land taken from it by Israel in June 1967. Syria’s position was unchanged from the 1990s: Everything to the line of June 4, 1967—the largely undemarcated “line” separating Syrian and Israeli forces in the Jordan Valley before the outbreak of war—must revert to Syria during the implementation of a treaty of peace with Israel.

After my meeting with Assad I discussed at great length his commitments and conditions, as articulated to me, with Netanyahu and his team. Although Netanyahu remained uncomfortable with Syria’s territorial price for peace—a price with which he was long familiar—he deemed the mediation serious and authorized his team to move forward. If his skepticism about Assad’s intentions was not entirely erased, it seemed to be significantly mitigated.

On the U.S. side, we envisioned bringing the Syrian and Israeli teams together in Eastern Europe, perhaps as early as April 2011. There they would work to complete a peace treaty outlined in an American draft that had been under discussion during my months of shuttling between Damascus and Jerusalem. Sadly, a mediation that seemed quite promising—including significant progress on territorial issues in addition to Assad’s security commitments—ended within weeks of the key meetings in Damascus and Jerusalem, when Assad opted for a policy of using deadly force on unarmed Syrian protestors.

MY: In light of the Syrian conflict since 2011, do you think that what you heard from Assad remains significant for the future, particularly as Israel’s annexation of the Golan Heights has since been recognized by the United States?

FH: I do not know if former president Donald Trump’s proclamation recognizing the Golan Heights as Israeli territory remains U.S. policy under President Joe Biden. But I suspect Assad’s decision to wage war on his own citizenry rather than pursue a promising peace mediation amounted, in a practical sense, to him deeding the Golan Heights to Israel in perpetuity.

Assad had told me in February 2011 that a Syrian-Israeli peace would be followed automatically by a Lebanese-Israel peace, and that threats to Israeli security from either country would not be consistent with peace. He assured me that Iran and Hezbollah would accede to Syrian and Lebanese peace treaty commitments and that Hezbollah would become a Lebanese political party. I doubted the validity of those assurances. They may have been sincere, but I could not imagine Iran and its Lebanese proxy passively agreeing to get out of the “resistance” business.

Does any of this have ongoing relevance? If Assad was correct in his assessment that Hezbollah Secretary General Hassan Nasrallah was a genuine Lebanese political actor and not a representative of Iran, there would be nothing to prevent Nasrallah now from urging the Lebanese government to propose peace talks with Israel.

Palestinian refugees in Lebanon, Blue Line adjustments, a maritime exclusive economic zone agreement, and even the Shebaa Farms-Kfar Shouba Hills—notwithstanding Assad’s assertion of Syrian sovereignty—could all be part of a Lebanese negotiating agenda.

Whether Assad’s claim to the Shebaa Farms and Kfar Shouba Hills remains significant—either in terms of the ongoing Israeli occupation or as the justification for Hezbollah’s arms—probably has less to do now with Syria than it does for Lebanon. But my purpose is not to recommend policy initiatives to anyone. Ten years after the fact I am interested in filling a gap in the history of U.S. efforts to bring about Arab-Israeli peace. I hope my forthcoming book will do exactly that.