In a press statement, PAS Deputy Director General Humoud Fulaiteh considered KOC the “major reason” for the suspension resolution. He cited “evidence” recorded in the last messages of, and meetings with the International Olympic Committee (IOC) in Lausanne, Switzerland.

Kuwaiti fans enjoy a high level of awareness and can differentiate between who embroiled the Kuwaiti sports and athletes for “purely personal interests” and who is seeking to uphold state sovereignty, and preserve its gains, as well as caring for the sports movement and youth, Fulaiteh noted.

The IOC messages have demonstrated that the current sports dilemma was not caused by alleged contravention of the Kuwaiti sports laws with the international charters and systems, he said.

According to an IOC letter dated October 22, 2015, the international body stated that its “intervention was prompted by a dispute between the Kuwaiti government and the Kuwaiti Olympic Movement,” Fulaiteh said.

Kuwaiti fans had full knowledge, substantiated by documents, about who sent all these complaints and laws to the IOC “unjustly and wrongly.” PAS filing a lawsuit against the KOC and other federations supporting it was motivated by a belief in the justice and integrity of the Kuwaiti judiciary which separates “right from wrong, and truth from lies,” he said.

He pointed to new legislations, published in the official Gazette, that provide for establishing a judicial circuit for sports, but do not prevent referring to an arbitration body, at home or overseas, with approval of the two involved parties. This was endorsed in a meeting between the Kuwaiti side and the international side in a Lausanne meeting on October 12, 2015.

In the meantime, Fulaiteh said that Kuwait is among the leading countries in combating doping, noting that the country had signed relevant agreements a decade ago. In addition, Kuwait has a committee recognized by the World Anti-Doping Agency. This was also confirmed in the last Lausanne meeting.

On October 27, 2015, PAS board of directors rejected a decision by the IOC suspending Kuwait’s Olympic activities, on allegations that the ” local laws contravene with the Olympic Charter.” 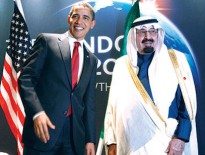 Commentary Facts and Fictions: A Defense of the U.S.-Saudi Re… 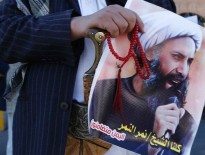 Features The Execution of Sheikh al-Nimr: A Saudi Need for…
0
wpDiscuz
0
0
Would love your thoughts, please comment.x
()
x
| Reply
We use cookies to ensure that we give you the best experience on our website. If you continue to use this site we will assume that you are happy with it.Ok