Trending
You are at:Home»Categories»Headlines»Kuwait files $1bn lawsuit against IOC over suspension
By BBC on 24 June 2016 Headlines

Kuwait has filed a lawsuit in a Swiss court seeking $1bn (£670m) in damages from the International Olympic Committee (IOC) over the suspension of its Olympic committee.

But Kuwait says the IOC ban was imposed without proper investigation.

It says it may not be allowed to take part in the Rio Olympics in August.

“It’s totally unacceptable that Kuwait is treated in this unfair way and barred from international sports activities without any appropriate probe being conducted,”Information Minister Sheikh Salman al-Humoud Al-Sabah was quoted by the official Kuna news agency as saying on Wednesday.

“From the very beginning Kuwait did it its utmost to prevent the IOC suspension and showed a sincere desire to co-operate, but all to no avail.

“We sent a UN-sponsored delegation to Geneva to explain to the sports body that the Kuwaiti government by no means intervenes in sports activities.”

The minister complained that Kuwait had been left in “an embarrassing position” in sports circles where it was viewed as an “outlaw”.

Sheikh Salman added that he hoped recent parliamentary amendments to the country’s sports laws would create “a common vision” .

But critics say the changes are more likely to prolong the IOC and Fifa bans because the government still has the power to dissolve sports clubs and federations, as well as Kuwait’s Olympic Committee.

Sixteen other international sporting federations have blacklisted Kuwait in addition to the IOC and Fifa, correspondents say. 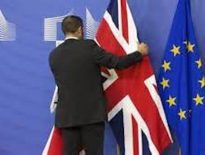 Features The 18,000 Reasons Why the UK Voted for Brexit 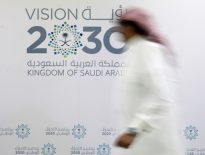 Headlines Vision or Mirage? Saudi Arabia’s Ambitious E…
0
wpDiscuz
We use cookies to ensure that we give you the best experience on our website. If you continue to use this site we will assume that you are happy with it.Ok