Two weeks ago, former IAAF president Lamine Diack confessed to a French judge that he had sought 1.5 million Euros from former All-Russia Athletic Federation (ARAF) president Valentin Balakhnichev in late 2011 to fund opposition to the Senegalese government during 2012 presidential elections! In the same vein, the International Shooting Sport Federation (ISSF) published a communiqué on December 15 in which it defends Sheikh Ahmad Al-Fahad in a case that is being viewed by a Kuwaiti court and which is not related to sports in any way!  Is this an « exchange of services » among members of a small clique of sports officials? Or a manipulation of sports organisations for political purposes?

KUWAIT: Kuwait Shooting Federation (KSF) Board of Directors reviewed the statement issued by the International Shooting Sport Federation (ISSF) on December 15, in which it defends Sheikh Ahmad Al-Fahad in a case that is in Kuwait courts and is not related to sports in any way, which is a strange and unprecedented step, and from the domain of the ISSF activities, as Sheikh Ahmad Al-Fahad is not a member of ISSF, and has no designation at the ISSF, except personal relations, and joint interests with the President of ISSF, Mexican , Olagario Vasquez Rana, especially that Sheikh Ahmad Al-Fahad inherited his post as president of ANOC from his brother Mario Rana.

The irresponsible statement by ISSF, and its flagrant interference in the internal affairs of a sovereign country, in a way that oversteps the sports role of ISSF and its statutes, which s a crime in the international and German laws where ISSF is located and where the statement was issued.

Kuwait Shooting Federation, while categorically denying the incorrect accusations mentioned in ISSF statement, emphasizes that the statement only represents ISSF President Rana and Secretary General Schriber, and does not represent ISSF members, as well as the International Shooting Community, which has good relations with KSF.

Kuwait Shooting Federation will take the necessary legal action to hold those involved in this suspicious statement accountable. We at KSF confirm that we adhere to the sports ethics, and remain distant from any actions and practices that have nothing to do with sports and far from fair play.

Those accusations by ISSF are part of a continued campaign against KSF for more than one year, which caused the cancellation of the qualifying quota places to Rio de Janeiro 2016 Olympics, during the Asian championship that was held in Kuwait in November, and the suspension of KSF, in a manner that contradicts the constitution of the ISSF. 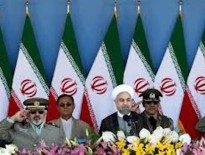 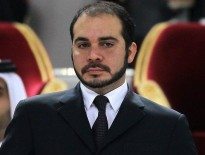 International Sports Prince Ali calls for immediate publication of Garc…
0
wpDiscuz
We use cookies to ensure that we give you the best experience on our website. If you continue to use this site we will assume that you are happy with it.Ok