Israel enjoys a special place in the national psyche of Pakistan.

It is considered to be a mysterious realm, possessing unmatched prowess and conspiratorial cunning coupled with eternal hostility not just towards the Palestinians but towards the entire Muslim ummah.

However, that obsessional status and skewed geopolitical narrative is not requited. Pakistan does not hold an important place in Israel’s national imagination, with many Israelis largely unaware and unconcerned about a nuclear-armed country of 220 million Muslims in South Asia.

Officially, despite the spike in chatter recently, both countries seem to deny any ice-breaking between them.

After returning from a recent trip to Dubai, the Foreign Minister of Pakistan, Shah Mahmood Qureshi categorically stated that Pakistan would not accept Israel until a “concrete and permanent solution to the Palestine issue is found.”

Similarly, Israel’s Regional Cooperation Minister Ofir Akunis hinted that a fifth Muslim country in Asia might establish diplomatic relations before President Donald Trump’s departure, however, he unequivocally denied that it would be Pakistan.

And yet, every other day, persistent rumors of Israeli jets landing in Islamabad and secret delegations hosted in Tel Aviv are splashed across both Pakistani and Israeli media.

A puritanical voice who once okayed the “gentle beating” of wives, Maulana Mohammad Khan Sherani made headlines last week when he openly called for diplomatic ties with Israel, saying: “I am in favor of accepting Israel, because accepting Israel isn’t a religious but a political and international issue,” quoting from the Quran to support his stance. He then went on to criticize his own party leader, Maulana Fazlur Rehman.

Maulana Fazlur Rehman, who has often accused Prime Minister Imran Khan of being a “Jewish agent,” (presumably due to his first marriage to Jemima Goldsmith) kicked Sherani out of the party which, once upon a time, had opened the doors of Pakistan’s national assembly and senate for him.

Another lesser-known Pakistani cleric, Maulana Ajmal Qadri, has proven to be the wild card in the present debacle facing both countries after he accepted, on Pakistani television, that he had actually visited Israel in 1998, on a quasi-official visit at the behest of then-Prime Minister, Mian Nawaz Sharif to “test the waters” for a possible breakthrough in Pakistan-Israel ties.

The exposure of that trip has made waves. A key official in the Punjab administration, the pro-Khan government Azhar Mashwani shared pictures on Twitter of that 1998 trip of Pakistanis in Israel during Sharif’s second term, including photos of trip participants to Jerusalem’s Dome of Rock.

This tweet must have helped deflect some pressure from Prime Minister Imran Khan who faced the brunt of criticism from the more conservative, deeply Israel-skeptic elements of his support base and the country at large.

Indeed, the prime minister’s own party has been eagerly tweeting photos and TV interviews about the Israel trip to pivot the “blame” for ties with Israel on his political enemies.

One tweet from his official party account crowing that those who “accused PM Khan to be ‘an agent of Zionist lobby‘ today stand exposed themselves,” with the hashtag #NawazIsraelNexus, i.e. that the nefarious talk about normalization began with former premier Nawaz Sharif.

On social media, pro-government supporters are flipping the same antisemitic slur serially used against Khan towards Sharif, pushing a hashtag that translates to “[Oh] who’s the Jewish agent now!“

Maulana Qadri followed up by posting photos of his own from the trip, adding a photo of him meeting with then-PLO leader Yasser Arafat. He admitted in a TV interview that during that same trip, he’d met with Israeli foreign ministry officials and cabinet members.

But what was also intriguing was what he reported back to the Pakistani PM: “I told the prime minister twice that Pakistan’s parliament should be consulted or a national dialogue be held to take a decision in this regard.”

Qadri was already signalling back then his backing for tentative, rudimentary attempts to establish people-to-people contact. But the relationship between Pakistan and Israel remains mired in secrecy and seems to be subject to the whims of the ruling elites of both countries.

And while that might have worked with the United Arab Emirates and Bahrain, both autocratic monarchies with severely constrained freedom of speech, it is less suitable for Pakistan, a fully functioning democracy with a vibrant media that is not afraid to analyse multiple facets of the Pakistani Israeli relationship – or challenge the premise of normalization itself, a stance that is effectively forbidden in the Gulf.

Perhaps that is why it is imperative that Pakistanis and Israelis begin the process of knowing each other and understanding each other’s stories, anxieties, and idiosyncrasies.

Establishing diplomatic relations takes merely a bold move from the leaderships of both countries but if this relationship is to be sustained, even flourish, in the long term, it is crucial that Pakistanis understand the Israeli story and Israelis understand the Pakistani story.

Even those voices hostile to, or skeptical of, relations with Israel understand that public opinion is not a static object, and can be influenced by contact with different viewpoints and public debate.

At a recent high-level event held by the Institute of Policy Studies in Islamabad, the “delicacy” of the Israel issue was highlighted – and the need to be responsive to popular opinion “and through parliamentary debates,” because a top-down imposition of normalization, the Gulf model, would “create chaos in the country.”

Presently, as far as people-to-people contact is concerned, Pakistan and Israel lag far behind. In effect, they are starting from scratch.

More than fancy embassies in global capitals, it is enduring friendships between common people which determines and reflects the true bond between two nations.

Ironically, it could be in the Gulf that the first real grassroots connections are built between Israelis and Pakistanis. Normalization has opened the floodgates, with over 50,000 Israelis visiting the UAE in the first month that travel was possible. And the UAE is home to over 1.5 million Pakistanis, who are active in many fields, from real estate to transportation.

The UAE could provide a fertile breeding ground for Israelis and Pakistanis to develop and nurture close personal and even business relationships, but how possible are difficult but constructive conversations deeply rooted in history, in an absolute monarchy which prohibits free speech?

In a recent opinion piece for Haaretz which reflected optimism towards Pakistan-Israel ties, Efraim Inbar, head of the Jerusalem Institute for Strategy and Security wrote: “Islamabad should know, however, that the relationship with India is extremely important and Israel will remain very sensitive to Indian concerns. India is a more important state than Pakistan.”

This shows that Pakistan’s story is not well represented in Israel and India has been dominating the narrative, possibly due to a vacuum created by Pakistan’s absence.

On the other side, whilst addressing a recent event held by the Turkey-based Parliamentarians for Al Quds, Senator Mushahid Hussain, who also serves as the Chairman of the Foreign Affairs Committee, argued that it was difficult for Pakistan to compromise on Palestinian rights because the support for their movement was part of the genesis of Pakistan, and a “testament of Muslim solidarity.”

Senator Hussain further explained how the issues of Kashmir and Palestine were “inextricably intertwined.”

If Israel and Pakistan move towards establishing diplomatic ties, Israel must understand Pakistan’s sensitivity towards Kashmir and India’s blatant desire to establish hegemony in the region on the strength of its arms, some of which Israel has sold to India.

Just as Israel has faced geographical anxiety from hostile neighbors, Pakistan too has failed to achieve peaceful co-existence with neighboring India, a country which has left no stone unturned to destabilize Pakistan using any means necessary whether it is conventional military aggression or global disinformation campaigns.

Pakistan should also understand Israel’s dynamic with another neighbor, Iran, a country which publicly displays belligerence towards Israel.

Perhaps Pakistan and Israel can find a modus operandi to forge cooperative ties while conscious of the role of its relationship in balancing the existential threats posed by India and Iran respectively.

If Saudi Arabia and the UAE can maintain not only cordial but warm and historic ties with both India and Pakistan, so can Israel, with appropriate diligence and tactful diplomacy.

Already, distinct voices from the Pakistani ulema and journalistic community have voiced support for Pakistan-Israel ties: they reflect the fact that there is a space for Israel within the religious and political narratives of Pakistan. But for that space to expand, it will take more than secret visits by elite officials and clerics or cooperation between journalists or diplomats. Regular Pakistanis and Israelis will have to play their part if their countries are to have a meaningful relationship in the long term.

It is necessary for there to be trust, respect and consideration in this relationship with Pakistanis feeling heard and understood whilst engaging with Israelis and Israelis feeling safe and comfortable in the company of Pakistanis.

There is a strong trust deficit between Pakistan and Israel. Fully functioning relations between them may still be a fanciful vision. But there will only be a will to find that way towards normalization if public opinion is onboard.

If the aim is a sustainable friendship, rather than dramatic but ephemeral announcements, a cold peace or peace by force, then there are no short-cuts or substitutes for the hard work of persuasion and engagement.

Hamza Azhar Salam is a Pakistani journalist based in London. He is the co-founder of The Pakistan Daily and Migrant News and has worked as a reporter for Pakistan’s The News International. 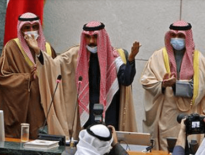 Features Favoring the Familiar
0
wpDiscuz
0
0
Would love your thoughts, please comment.x
()
x
| Reply
We use cookies to ensure that we give you the best experience on our website. If you continue to use this site we will assume that you are happy with it.Ok