Titled ‘Yemen: From Sheba to Jerusalem’, On display are numerous rare artifacts, some of which have never been seen by the public before, as well as manuscripts, jewelry, clothing and photographs

A new exhibition in Jerusalem traces the rich history and culture of the Jews of South Arabia, or modern-day Yemen, once home to a thriving community for thousands of years.

Titled “Yemen: From Sheba to Jerusalem,” the Bible Lands Museum exhibit is slated to open next week and features numerous rare ancient artifacts, some of which have never been seen by the public before.

The kingdoms of South Arabia – Sheba, Qataban, Hadhramaut and Ma’in – played an influential role in the Near East two millennia ago and regularly traded with the ancient Israelites, exporting exotic and valuable fragrances like myrrh and frankincense, which according to Jewish scripture were used in the biblical temples.

“I actually think this is the first exhibition of its kind that looks at the historical linkage between ancient Yemen and Yemenite culture today,” Amanda Weiss, director of the Bible Lands Museum, told The Media Line ahead of the exhibit’s opening.

Curated jointly by Dr. Yigal Bloch, Yehuda Kaplan and Oree Meiri, on display are numerous rare artifacts, some of which have never been seen by the public before, as well as manuscripts, jewelry, clothing and photographs. Many items are on loan from the Israel Antiquities Authority, Israeli museums and a number of private collectors.

“South Arabian civilizations and South Arabian art are very unique,” Yehuda Kaplan, one of the show’s curators, told The Media Line. “Some of them are like modern art sometimes.”

Kaplan explained that both the Assyrians and the Babylonians had commercial ties with Southern Arabia, as did the Romans, who were particularly interested in the aromatic oils and spices found there.

“[This exhibit] really brings to light civilizations that are unknown not only here in Israel but maybe in the entire world because Yemen is not an area that was properly excavated and researched like Mesopotamia and Egypt –the famous lands of the Bible,” Kaplan asserted. “There [were]very, very few expeditions mainly in the 50s and 60s because of the political situation in Yemen, which is [ongoing].

“There are still probably a lot of secrets hiding in the sands of Arabia,” he added.

Located some 1,500 miles from Israel, Yemen is the most remote land mentioned in the Bible. The famed Queen of Sheba is said to have journeyed to Jerusalem to meet with King Solomon, although no archaeological evidence of this encounter exists.

Numerous traditions surround the arrival of Jews to the area, among them accounts dating back as far as 1450 BCE and the First Temple period (1000-586 BCE). One legend recounts that King Solomon dispatched Jewish merchants to Yemen in order to find gold and silver for the temple in Jerusalem.

According to archaeological records, however, the “real evidence about the Jews in Yemen is much later, from the first century CE,” Kaplan said.

Interestingly, the arrival of Jews to Southern Arabia is also linked to the rise of the mysterious Himyarite Kingdom, whose rulers began following Jewish customs in the year 380.

“In order to unify the clans and other entities there, [Himyar] decided to actually adopt a monotheistic religion inspired by Judaism,” Kaplan pointed out. “During that time, the Jews were actually very prosperous there.”

One ancient inscription on display describes how the body of a wealthy Yemenite Jew was transported to the Holy Land for burial during this period.

The reign of the Jewish nobility in Himyar came to an end in 522 CE, when the Himyarite king Yusuf, also known as Dhu Nuwas, initiated a war against Christian Ethiopians from the kingdom of Axum living in his kingdom. In response, the Axumite army invaded Himyar and defeated its rulers, transforming the kingdom into a tributary state.

Following the rise of Islam in the region in the seventh century, Yemenite Jews were persecuted and forced to pay an annual tax to Muslim authorities.

Despite this, the Jewish community would come to develop unique traditions.

“The founders of the museum – and I as well because I’m part of the founding family – come from Yemen,” Amanda Weiss, the director of the museum, revealed to The Media Line. “My grandfather was born in Yemen and he came to Jerusalem as a small child. They left Yemen rather desperately in 1907 and they arrived here in 1909.”

Many Yemenite Jews became silversmiths, as it was one of the traditional crafts they were permitted to practice, including Weiss’ grandfather, whose rings are exhibited alongside ritual clothing and incense burners.

Also on display are striking images by photographer Naftali Hilger, an artist who traveled to Yemen several times up until the outbreak of the civil war in 2015 to document the small Jewish community living there. 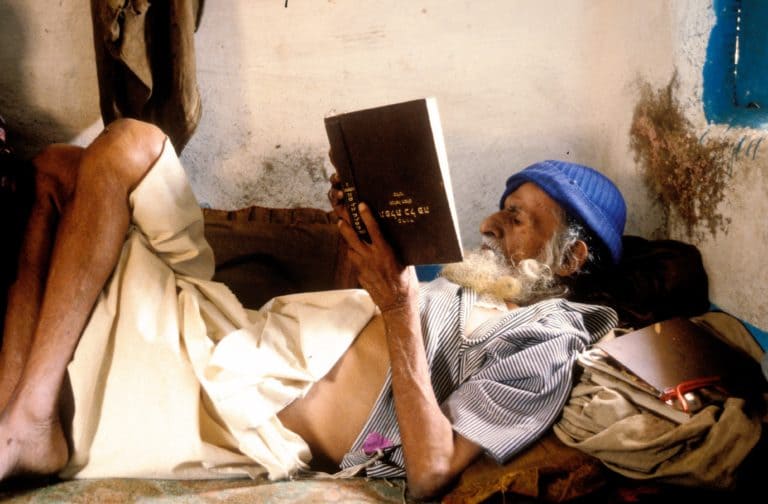 One particularly captivating photo shows an elderly Jewish man lying back as he casually reads a religious Hebrew book, but with a twist: The book is upside down.

“It’s not a posed photograph,” Weiss asserted. “That’s actually something that’s quite common – particularly among the elders even to this day in the Yemenite community – because in Yemen they learned around one copy of a book. There weren’t multiple copies of publications and holy books.”

Soon after the establishment of Israel in 1948, a secret mission known as Operation Magic Carpet was launched and over 50,000 Yemenite Jews were airlifted to the newfound Jewish state.

“They never forgot the land of Israel and some of the artifacts that we show here really show this and the longing for the Promised Land,” Kaplan emphasized.

Today, over 400,000 Jews of Yemenite ancestry live in Israel, while only a handful remains in Yemen. Nevertheless, although the Jewish presence in Yemen is minimal, the rich history has not been forgotten.

Article written by Maya Margit, Reprinted with permission from The Media Line