Former foreign minister Jean Ping will officially announce his candidacy for the presidential election of Gabon.

Sources said Mr. Ping informed his followers, and his supporters in Europe, that he would be standing in the coming elections to preserve the interests of the family!

Diplomats based in Gabon have are perplexed as to why President Ali Bongo seems pleased to have Jean Ping as main competitor. Answer in the coming weeks.

On the contrary, authorities in France and the United States are concerned about the candidacy of the former president of the African Union. His name is mentioned in several investigations concerning “commercial deals” between China and Africa.

Jean Ping is rumoured to have converted to Islam in the 80s, only to reject that religion later! 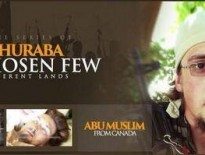 Commentary ‘Acedia’ And An ISIS-Centered Life Ful…
Features The Shah of Iran, the Islamic Revolution and the M…
0
wpDiscuz
0
0
Would love your thoughts, please comment.x
()
x
| Reply
We use cookies to ensure that we give you the best experience on our website. If you continue to use this site we will assume that you are happy with it.Ok