KUWAIT: As preparations at Jaber Stadium continue in full swing ahead of its opening on Dec 18, Minister of State for Cabinet Affairs Sheikh Mohammad Al-Abdullah Al-Sabah and Minister of Information and Youth and Sports Sheikh Salman Sabah Al-Salem Al-Sabah held a press conference and a tour of the stadium for the media yesterday.

“Everyone is working to prepare for the opening celebrations that match the status of this stadium and the dear name it carries – of late Amir Sheikh Jaber Al-Ahmad Al-Jaber Al-Sabah, may God rest his soul. I hail the efforts of the organizing committee and the institutions of the whole country for their unlimited cooperation with the private sector and national companies for providing support and assistance, as this is considered a national celebration. It is the new start for sport in Kuwait,” Sheikh Salman said.

Sheikh Mohammed then took the attendees on a tour around the stadium, giving a detailed explanation of security, regulatory and media preparations. He said trials were held with the help of more than a 1,000 people experimenting with access to avoid problems that may result from overcrowding. He added families and people with disabilities will be kept separate.

Sheikh Mohammed, who is heading the organizing committee for the celebrations, said the opening will be broadcast on several TV channels, and will consist of three parts – a national operetta, a fireworks display and a friendly match between the Kuwait national team and a group of international players. 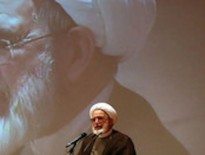 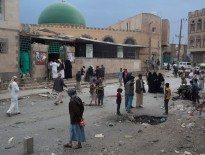 Magazine Emirates Secretly Sends Colombian Mercenaries to Y…
0
wpDiscuz
0
0
Would love your thoughts, please comment.x
()
x
| Reply
We use cookies to ensure that we give you the best experience on our website. If you continue to use this site we will assume that you are happy with it.Ok