Trending
You are at:Home»Categories»Features»Israeli cycling team set to complete in the 2020 UAE Tour
By Jerusalem Post on 23 February 2020 Features

As a World Tour competitor, Israel Start-Up Nation got an automatic bid to participate in the 2020 UAE Tour.

Regardless of the team’s upcoming performance, a rare achievement was accomplished before the riders even took their marks: the Israeli invitation to compete in the Middle East’s premier cycling race. The UAE does not recognize the State of Israel.

“For us being in an Arab country, competing as an Israeli team with our Israel Start-Up Nation and with the word ‘Israel’ emblazoned on the front and back of the jersey in big letters, with Israel as our identity – for us this is a really important race on the calendar,” Adams told The Jerusalem Post, adding that this race holds a lot of weight not just competitively but also geopolitically.

“This is why Sport 5 will be covering it in its entirety this whole week when they weren’t while we were in Australia, Colombia or Argentina where we were racing last month. We are creating normalization of Israel and there is a diplomatic element to our participation. We are building these bridges on a people-to-people basis, from the ground up.”

The team, however, was greeted by a warm reception at the airport and given increased security throughout their participation in the week-long tour.

“Competing in the UAE in the team uniform is an inspiring moment. Until recently, it would have seemed like an unrealistic dream,” said Goldstein. “In all honesty, I am still finding it hard to digest, but once I am on the start line, I will be fully focused on just one thing – helping the team win.”

“For me,” added Goldstein. “This is the victory of sports, and being here is proof of that.”

The UAE tour, which begins on Sunday, is the Middle East’s largest professional cycling event, being the only one that takes place in the region as a part of the World Tour. Israel Start-Up Nation will be one of 19 professional teams competing in this year’s competition – alongside top teams such as Team Sky, Team Ineos and Bora–Hansgrohe.

As a World Tour competitor, Israel Start-Up Nation got an automatic bid to participate in the 2020 UAE Tour.

Considering the lack of mountainous terrain in this part of the world, the sprinters are expected to thrive throughout this competition. The two main climbs take place first in stage three, where the competitors will race to the top of Jebel Hafeet mountain. Each rider will then return for a rematch two days later.

“The UAE is truly something to behold. Everybody is very pleased to be here, of course. They race all over the world these guys. Maybe for some of them its just another race on the calendar.

“However, the top guys in the world have to be here this week. The best sprinters in the world, all the tough guys, the best climbers in the world, so we have a real challenge to go for a podium [in the general classification]which is our goal,” Adams said. Their second goal is to win also win a stage along the Middle East Tour.

The tour begins on the man-made island of Abu Dhabi, which will career the riders throughout a 148-km course across the emirate, ending at Silicon Oasis. The latter stages include a more scenic route, traversing the deserts and streets of each of the seven emirates, eventually finishing back in central Abu Dhabi by Saturday night.

A few Israel Start-Up Nation members who are expected to be stars during the tour include the aforementioned Goldstein, former world speed record holders Matthias Brändle from Austria and British rider Alex Dowsett, in addition to Rick Zabel of Germany, Spanish rider Danny Navarro and Rudy Barbier from France. Barbier earned Israel Start-Up Nation one of their first wins of the season in Argentina, and many of the riders think he has what it takes to have a repeat performance on the Middle East leg of the World Tour.

“Our goal is to help Rudy win,” said Goldstein, “I believe that we have a realistic chance, even though this is a race at the very highest level, and we will be facing some of the top sprinters in the world.”

“We are making history by racing here and it shows you that sports can break every barrier,” said Barbier, explaining that competing in the UAE under the Israeli flag was an added motivation for the Frenchman.

Israel Start-Up Nation made its way through the general classifications of cycling teams in just five years – from continental, to pro-continental in 2017, to a world tour class team in 2019 – which earned it the ability to ride in races such as the UAE Tour and the upcoming the 2020 Tour de France.

“We’ve already won a couple races this year. We won a race in Argentina and we won a race in Turkey. The team is carrying the [Israeli] flag very proudly and doing very well. I think that we have exemplary team chemistry on this particular team. They all came to Israel for our training camp, really fell in love with the place and understand this project and that each of them is an ambassador [for Israel]and the sport,” Adams concluded.

“I think we are coming together nicely. We are going to make some noise this year and get some results.

Israeli cycling team set to complete in the 2020 UAE Tour 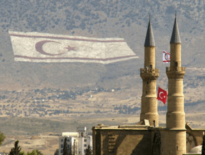 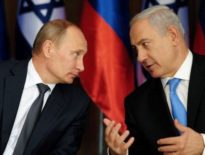 Headlines There could be trouble brewing for Israel in Syria…
0
wpDiscuz
0
0
Would love your thoughts, please comment.x
()
x
| Reply
We use cookies to ensure that we give you the best experience on our website. If you continue to use this site we will assume that you are happy with it.Ok