The airstrikes attributed to Israel deep inside Syria, aimed at weapons shipments to Hezbollah or at Iranian bases and missile stocks, and the launching of an Iranian drone into Israel have been nothing but war games, with their boundaries set in advance. This is a cat-and-mouse game played by Iran and Israel.

It’s hard to imagine a scenario in which total war erupts between Iran and Israel. Such a war, if it broke out, would sow devastation and exact an intolerable toll in human lives.

It doesn’t seem likely that the ayatollahs in Tehran and their counterparts in Jerusalem are unaware of these destructive implications. Such a war could draw in other countries in the region and require the intervention of the big powers to stop the destruction. Therefore, the scuffle between Iran and Israel must be viewed as war games that serve the purposes of both sides. Israel and Iran need each other because each fulfills the other’s goals.

Iran needs Israel in order to expand its sphere of influence across the Arab countries in the region, because as long as Israel maintains its occupation in Palestine, Iran can keep feeding the Arab world declarations about the Little Satan and the Zionist entity that must be annihilated. It well knows the intensity of anti-Israel sentiment in the Arab world.

Thus Tehran, without much effort, can show people in these countries that their leaders are incompetent. Iran continues to gain; it can send out its long tentacles and further entrench its influence in the Arab world.

Iran isn’t doing anything new. It learned these games from Arab leaders who have used the Palestinian issue to block any demand for freedom by their citizens. The Palestinian problem has helped perpetuate the rule of Arab tyrants.

Portraying Iran as the Great Satan fits the way some Arab leaders perceive the danger of the ayatollahs trying to undermine their regimes. This has also led to the prevailing view on the Israeli right that seeks a regional peace agreement that includes “moderate Sunni states” as defined by Israel. The big Iranian devil serves the interests of Israel’s right, letting it push aside dealing with the Palestinian problem, portraying it as less pressing. Israel can claim that the conflict with the Palestinians isn’t the main issue needing resolution on the road to establishing a new order in the Middle East.

Thus there’s some mutual back-scratching in these war games. Iran can continue to entrench its influence in the Arab world and Israel can continue to occupy Palestine unhampered and without international pressure to end the occupation. This in a nutshell is all there is to the game of conflict theory guiding Iran and Israel. The problem is that sometimes war games get out of control. 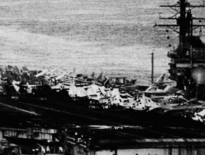 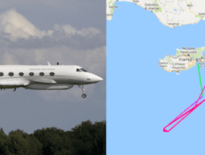 Features Why Is A Swedish ELINT Aircraft Operating Off Leba…
0
wpDiscuz
0
0
Would love your thoughts, please comment.x
()
x
| Reply
We use cookies to ensure that we give you the best experience on our website. If you continue to use this site we will assume that you are happy with it.Ok