Trending
You are at:Home»Categories»Headlines»Is Putin a C.I.A. Agent?
By Thomas L. Friedman on 6 April 2018 Headlines

President Trump’s steadfast reluctance to say anything negative about Russia is so striking that a former director of national intelligence, James Clapper, once observed that Vladimir Putin manages Trump as if he we were a Russian intelligence “asset.” He may be. But if I were a Russian citizen, I’d be asking this question: Is Putin a U.S. agent?

Why? Because Putin has undertaken so many actions in recent years that contributed to the weakening of Russia’s economy and human capital base that you have to wonder whether he’s secretly on the C.I.A.’s payroll.

Beginning around 2007 or 2008, Putin appears to have decided that rebuilding Russia by nurturing its tremendous human talent and strengthening the rule of law was just too hard — it would have required sharing power, holding real, competitive elections and building a truly diverse, innovation-based economy.

Instead, Putin decided to look for dignity for Russia in all the wrong places: by tapping his oil and gas wells, not his people; by strengthening the Russian military, instead of the rule of law; and by enriching himself and his circle of oligarchs while wrapping himself in a cloak of Russian Orthodoxy and Russian nationalism that appealed to his base.

Les Echos, France’s top business daily, recently quoted a Russian techy as pointing out that “Microsoft alone registers more patents than the whole of Russia!” The Russian technology market is not only weak, the story added, but “corruption in the judicial system … makes it difficult to defend your case in court when a predator takes over a successful startup.”

For all his shirtless bravado, and despite all the recent talk about how Putin is proving to be a successful authoritarian, I have one question: Then why is Putin so insecure about his real popularity in Russia that even after nearly 20 years at Russia’s helm, he was afraid to allow a single credible independent candidate to run against him in the latest presidential election?

Here’s the real truth: Putin consistently acts like a farmer who sells his most valuable beef in return for cubes of sugar. That is, he looks for short-term sugar highs to boost his popularity with his Russian nationalist base because he is insecure, and pays for it by giving up real beef, leaving Russia weaker in the long term.

Beef for sugar — not a good trade.

For instance, in 2014 Putin seized Crimea and invaded Eastern Ukraine with disguised Russian troops — to get a short-term sugar boost with the Russian electorate — and in return, he has had to live with long-term economic banking sanctions imposed by the West that help to slow Russia’s growth.

In 2015, to prove that Russia was still a superpower — another short-term sugar high for his base — Putin sent advisers, Russian Air Force jets, special operations teams and surface-to-air missile batteries to Syria to prevent the toppling of Russia’s Cold War ally, Syrian President Bashar al-Assad. Putin’s support, along with the help of Iran, has just barely kept Assad upright, but for now Putin is stuck in the middle of Syria and can’t get out, lest Assad falls and Putin looks foolish.

Here is how a veteran Russian foreign policy expert, Vladimir Frolov, described Putin’s Syria fix in a March 5, 2018, essay in The Moscow Times:

In Syria, Russia is discovering that winning the war might be easier than winning the peace. Each time President Putin declares victory or announces a drawdown of Russian forces, like he did in December, the fighting flares up with a new intensity and Moscow is required to fly in reinforcements … Moscow is now struggling to parlay its military gains into an internationally legitimate political settlement that would help Russia recoup its investments in the conflict. For now, Syria remains ungovernable and splintered into fiefdoms run by regional players with their own interests.

Putin’s latest beef-for-sugar trade was his apparent ordering of the use of a military-grade nerve agent, produced only in Russia, to poison the former Russian spy Sergei V. Skripal and his daughter, Yulia, in the English city of Salisbury. The Western response has been what British Prime Minister Theresa May described as the biggest collective expulsion of alleged Russian intelligence officers ever — over 100 from more than 20 countries.

Whether timed or coincidental, the poisoning attack and the Western backlash helped Putin run up his vote totals in his latest phony presidential re-election — another sugar high. But the morning after, Putin’s Russia is more isolated than ever. Also, Putin’s cronies and other Russian oligarchs — whose game is to make tons of dirty money in Russia and then take it to London, where it can be laundered for safekeeping — are now getting more scrutinized than ever by British authorities.

And then there is Putin’s long-range strategy — to bet against Mother Nature, human nature and Moore’s Law, all at once. He’s betting against Mother Nature — that the world will indefinitely remain addicted to his oil and gas in an age of disruptive climate change. He’s betting against human nature — that his young people won’t want to be free to realize their full potential, not just live off sugar-high memories of historical greatness. And he’s betting against Moore’s Law — that the steady growth of technology won’t empower Russia’s youth to connect and collaborate, and see through his charade.

Putin’s troubles are nothing I celebrate. I was against NATO expansion; I wanted Russia integrated into the family of European democracies. A weak, isolated and humiliated Russia is a dangerous animal. But to thrive in the long term, Russia needs a “reset,” and it can come only from within, but Putin won’t press the button.

“Without reform, there is little reason to be optimistic about Russia’s long-run growth trend, given its poor demographic profile, weak institutions and abject failure to diversify its economy, despite having an enormously talented and creative population,” Kenneth Rogoff, the Harvard University economist, wrote in The Guardian last year. “If the world continues to move toward a low-carbon future, Russia will confront an inevitable choice: launch economic and political reforms or face continuing marginalization, with or without Western sanctions.”

It’s all beef for sugar — and that’s Putin’s legacy. 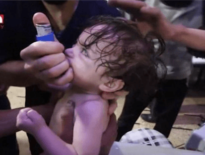 Commentary The Massacre of Arab Nationalism 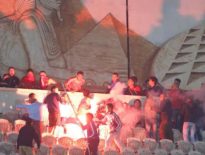 International Sports Egyptian ultras: Down but not out
0
wpDiscuz
We use cookies to ensure that we give you the best experience on our website. If you continue to use this site we will assume that you are happy with it.Ok