Trending
You are at:Home»Categories»Headlines»Iraq’s Shiites Test Iran
By Alex Vatanka on 15 August 2017 Headlines

Over the last few months, Iraq’s Shiite political groups have intensified their fight for influence in Baghdad in preparation for the parliamentary elections next year. Much to the displeasure of Iran, which has supported a number of these groups, some Iraqi Shiites have been publicly distancing themselves from their patron because posturing as independent forces, free from the tutelage of foreign powers, will win them points with Iraqi voters.

Tehran is particularly concerned that after the Islamic State (ISIS) is finally driven out of Iraq, the political dialogue that will ensue among the country’s various political factions, as well as between Iraq’s ethnic and sectarian groups, about power-sharing will shut Iran out, and in turn jeopardize its long-term interests for regional control. There is now a debate in Tehran over whether the trend in Baghdad is simply a tempest in a teapot or whether Tehran will have to learn to live with a resurgent Iraqi Shiite nationalism.

The outcome of this intra-Shiite struggle could have an impact on Iranian interests well outside of Iraq’s borders. Iran’s wariness was apparent when the Iraqi Shiite firebrand cleric Muqtada al-Sadr showed up on July 30 in Jeddah, the Red Sea port city in Saudi Arabia, Iran’s principal rival. At the minimum, looser sway over Iraq’s Shiites will slow Tehran’s plans to expand its ideological influence in the region.

Tehran has closely watched every twist and turn in Iraqi Shiite politics, and with good reason: Tehran’s leverage over Iraqi Shiite political groups is perhaps its biggest foreign policy achievement since the establishment of Hezbollah, the Lebanese militant group, in 1982.

That is why there was plenty of surprise in Tehran when Sadr appeared in Saudi Arabia. Sadr is known as an Iraqi Shiite nationalist who has very frequently butted heads with Iran-aligned Shiite groups. That he is a maverick is hardly unknown in Tehran.

Still, Sadr’s homage to Saudi Arabia, the spearhead of the anti-Iran front—and his reception by Crown Prince Mohammed bin Salman, a man perceived by the Iranians to be on an anti-Iran crusade—led to much speculation in Tehran about the motivations and the significance of the visit.

Sadr last visited Saudi Arabia in 2006. He then spent three years in exile in Iran as the U.S. military looked to arrest him for his role in the anti-U.S. insurgency in Iraq. On the one hand, he has long been publicly against too much Iranian influence in Iraq; on the other, he has found a safe haven in Iran whenever he needed a place to hide. To this day, however, not much is known among Iraq watchers about the extent of Iran’s ability to influence him, in the past or in the present. On his return to Iraq in 2011, Sadr maintained his anti-U.S. posture. Meanwhile, he threw his support behind Nouri al-Maliki, the country’s Tehran-backed prime minister. At that time, Sadr was certainly no friend of Riyadh’s. Between 2011 and 2016, he regularly attacked Saudi policies in Bahrain and Yemen.

Fast forward to today. The Iranians evidently see Sadr aspiring to reinvent himself as someone who stands out from the rest of the Shiite political crowd so that he can remain relevant on the Iraqi political scene. The trip to Jeddah is an extension of those efforts. He wants to be seen as an alternative to other Shiite parties, and taking a different approach to Saudi Arabia is one way of doing so, even though it remains to be seen if he can pull it off in the longer term. Like any other leader, he is subject to public sentiment. He has traditionally received support from poor Shiites, among whom Saudi Arabia is a sensitive issue. This could make it hard for Sadr to get too close to Riyadh, but it depends on the outcome of Saudi intervention in Bahrain and Yemen. The wars there are unpopular among Iraq’s Shiites. Tehran believes that Sadr is hoping the Saudis can help him secure support from Saudi-backed Iraqi Sunni groups or Shiites in Baghdad who are critical of Tehran, such as former Prime Minister Ayad Allawi.

Iran’s bewilderment over Sadr’s plans was clear. At first, Tehran reactedby suggesting that Sadr was not double-crossing Iran by visiting Riyadh but had, in fact, closely coordinated the trip with Tehran. According to this account, Sadr was acting as a mediator between the Saudis and the Iranians.

It was an improbable explanation, and it fell apart as soon as Sadr returned to Iraq. Once home, Sadr reiterated his demand that the Iraqi government disband the Shiite militias, known collectively as the Popular Mobilization Forces (PMF). This is a sore point for Tehran, which has been instrumental in organizing, arming, and deploying the PMF not only across Iraq but also to the battlefields of Syria in defense of the regime of Syrian President Bashar al-Assad.

Tehran is predictably loath to see the PMF disbanded. The Iranians see Sadr’s call as motivated by his rivalries with the Shiite political groups that have been on the PMF’s side, such as Prime Minister Haider al-Abadi, who on August 5 rejected Sadr’s demand, saying, “The Popular Mobilization is under the command of the clergy and the state. It belongs to Iraqis and it shall not be disbanded.” (Even before Sadr’s visit to Riyadh, Abadi not only defended the PMF’s but vowed that the PMF would “continue for years, despite some people’s attempt to oppose them,” an unmistakable jab at Sadr.)

To counter Sadr, Iran has issued an official narrative arguing that the armed forces loyal to Sadr have been irrelevant in the fight against ISIS. This reality alone, Tehran insists, should disqualify Sadr’s movement from having any say about the future of the PMF, which were at the forefront of that fight against ISIS. Depending on how Sadr chooses to proceed, Iran is likely to continue to look for ways to marginalize the Sadrists in the national dialogue that will follow ISIS’ defeat. Should Sadr up the ante and go out on a full assault against Iran’s presence in Iraq, Tehran will not remain idle. In the past, the question of Iranian influence has been a contentious issue and has led to divisions within the Sadrist movement. Thus, Tehran will likely still have the capacity to undermine Sadr’s faction from within.

To be sure, Sadr’s call for the Iraqi authorities to “seize the arsenal of all armed groups,” which delighted both his Saudi hosts and U.S. officials, is in direct defiance of Tehran’s position, which sees its sway over the PMF as a way to remain a principal power broker in Baghdad and within the region, since for Tehran the utility of the PMF model also stems from the fact that it has helped keep Assad in power through the quick recruitment and deployment of much-needed fighters to Syria. The quick mobilization of the PMF in 2014 against ISIS in Iraq was such a success that some of the same PMF brigades later began to dispatch fighters who were under Iranian control to Syria to fight alongside pro-Assad forces.

More important, the PMF model is in many ways a mirror image of Iran’s own Islamic Revolutionary Guard Corps (IRGC), given that it is the brainchild of both the IRGC and General Qassem Soleimani, the head of the IRGC’s main expeditionary wing, the Quds Force. In Iran, the IRGC is a state within the state, a parallel government that is driven by its own narrow organizational political and economic interests. It wields such significant power in Iran that it can even threaten to remove an elected president, as it did with Mohammad Khatami, who was in power from 1997 to 2005, or send repeated warnings, as has been the case with President Hassan Rouhani on a number of occasions.

Not only is the leadership in the Iraqi PMF closely aligned with its counterparts in the Iranian IRGC, the disbandment of the PMF model in Iraq, as Sadr is urging, would represent a clear setback for the IRGC’s preferred modus operandi in expanding its influence in the region, meaning through the PMF rather than through a central government, be it in Baghdad or Damascus. If Iraq were to disband the PMF, it could undercut the IRGC’s image of invincibility, which it peddles at home to garner support from the Iranian people.

Sadr surely knows that his attack on the PMF is an explicit challenge to the IRGC that will not be left unanswered. The reasons behind his decision to go down this path will no doubt remain a cause for speculation, given his labyrinthine relationship with the Iranian state. One thing seems sure, though: Tehran is taken aback by Sadr’s latest maneuver.

Of course, the process of decoupling Tehran from Shiite Iraqi groups will be difficult given the ties between the two, which stretch back decades. Should any unraveling begin, it will take a long time before it produces significant consequences. Still, the worry for Tehran remains: if Sadr can make an about-face, so can other Shiite groups in Baghdad. 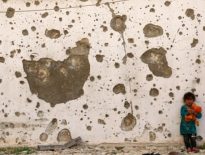 Headlines Syria in Crisis: The Triumph of Politicide 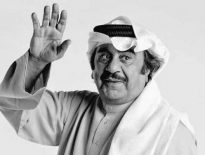 Features State-Run KUNA: Kuwaiti Actor Abdulredha Dies at …
0
wpDiscuz
0
0
Would love your thoughts, please comment.x
()
x
| Reply
We use cookies to ensure that we give you the best experience on our website. If you continue to use this site we will assume that you are happy with it.Ok