The latest statistics show more than 110,000 additional COVID-19 deaths in Iran over the past six months

While many Iranians remain defenseless against COVID-19, top officials appear to have cashed in on unfulfilled promises.

“Thanks to our vaccination campaign, 70% of Iran’s population will soon be immune to the coronavirus,” said President Ebrahim Raisi during a speech marking the beginning of the country’s new school year last Saturday. It’s anyone’s guess, however, what he means by “soon.” According to official figures, 16% of Iranians are now fully vaccinated against Covid-19, and 18% have had at least one shot.

Vaccine shortages meant a late start for Iran’s national vaccination campaign. This was mainly due to hardliners who supported the new president and systematically sabotaged efforts to import vaccines from abroad. One such person was the country’s current health minister, ophthalmologist Bahram Eynollahi. He sent an open letter to President Rohani back in February that was signed by 2,500 doctors, warning him against importing vaccines from the United States and Great Britain. He even insinuated that the two countries were only interested in finding human “guinea pigs.”

The letter also criticized the UN’s COVAX initiative — which aims to provide a fair distribution of vaccines worldwide — saying the UN couldn’t be trusted. Iran received 4.2 million doses of AstraZeneca’s vaccine through COVAX back in February. At the same time, the health minister and other hardliners demanded that only home-grown Iranian vaccines be administered. They even went so far as to call the coronavirus an American biological weapon. In addition, the country’s religious leader, Ayatollah Khamenei, explicitly banned the import of vaccines from the United States and Britain.

That’s why it was that much more surprising last week when Health Minister Eynollahi announced that Teheran had ordered 2.4 million doses of mRNA vaccine from Pfizer and five million doses from Johnson & Johnson. Pregnant women will be getting the vaccinations, along with medical personnel as booster shots, the minister said. Why the hardliners had sabotaged vaccine imports by spreading conspiracy theories prior to the elections was something the minister was never asked.

Anyone’s guess on the number of Corona deaths

Many Iranians are disappointed and angry. Although the fifth wave of the pandemic is currently leveling off, new infections and coronavirus deaths are still high. According to official figures, the nationwide seven-day incidence rate currently stands at 127.8, with 300 people dying of COVID-19 each and every day. Officially, almost 120,000 people who contracted COVID-19 have since died. But with so little testing going on, even the authorities are doubting those numbers.

The latest statistics show more than 110,000 additional deaths in Iran over the past six months alone, with government inaction and poor decision-making exacerbating an already bad situation. The pandemic was first denied and later downplayed, for instance, and necessary hygiene and quarantine measures were initiated far too late.

Tehran even refused to participate in stage 3 clinical testing of Chinese vaccines, unlike Turkey and the United Arab Emirates, which cooperated with China and had access to jabs much earlier.

Iran’s hardliners demanded the development of  home-grown vaccines through a subsidiary of one of the country’s most powerful conglomerates, the Barakat Institute. The Persian name of the organization, “Setad Ejraiye Farmane Hazrate Emam,” or Setad for short, means the “Headquarters for Enforcing the Orders of the Imam,” which in this case means Imam Khamenei. Through this group, the religious leader’s office essentially controls large parts of the Iranian economy. 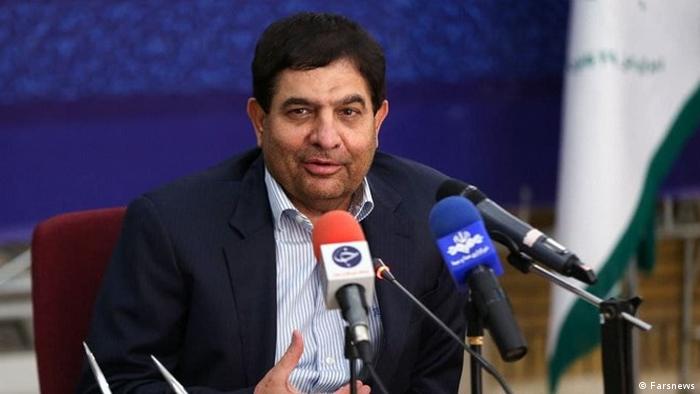 One billion dollars (€1.17 billion) was said to have been paid to the Barakat Institute to supply a total of 120 million doses of the Coviran Barakat vaccine. Fifty million of those doses were expected by the end of the summer but so far only 14 million doses have been delivered. That’s according to the former reformist MP Ali Tajernia, in an interview with the Shargh newspaper. The former head of the institute and the country’s current vice-president, Mohammad Mokhber, blamed the delay on the current economic sanctions against his country.