Trending
You are at:Home»Categories»Headlines»Iran’s Anti-Western ‘Blueprint’ for the Next Fifty Years
By Mehdi Khalaji on 25 October 2018 Headlines
Khamenei’s latest guidelines for Iranian culture and governance focus on resisting any efforts to reform the regime’s decisionmaking tendencies.

On October 14, Supreme Leader Ali Khamenei released a draft of the “Islamic-Iranian Blueprint for Progress,” a document that outlines his vision for the next half century. The final version of this blueprint is not expected to be released for months, so publicizing a draft now may be an attempt to address some of Tehran’s current difficulties, including increased U.S. pressure, consecutive economic shocks, and mounting public suspicion about the regime’s durability and legitimacy.

At their core, the document’s prescriptions reveal Khamenei’s two-pronged vision for achieving regional, even global, supremacy: first, total Islamization of all facets of life, which means continuing to resist Western notions of international order, politics, and culture; second, the use of advanced scientific achievements to become technologically self-reliant. In short, the regime seems to be placing its bets on an even deeper marriage of fundamentalist ideology and modern technology.

A WARNING TO THE WEST

In addition to asking Iran’s academic and clerical establishment for feedback on the blueprint, Khamenei has ordered government branches and regime decisionmaking bodies to turn the document’s goals into workable operational plans. Once the final version is released, it will become the official set of guidelines for all government decisions beginning the first year of the fifteenth century on the Islamic calendar, or 2020.

As currently written, the blueprint’s key conclusions center on “preventing threats against the Islamic Republic of Iran, expanding the Basij militia, and enhancing the country’s defensive and deterrent capability.” They also call for “promoting Islamic ecumenism” and “consolidating Muslims’ unity,” namely by “emphasizing their common creeds,…promoting jihadism in the Muslim world, supporting Islamic liberation movements, and vindicating Palestinians’ rights.”

In total, the final section lays out fifty-six recommendations covering all aspects of Iran’s domestic and foreign affairs. In Khamenei’s view, implementing these policies under the “continual leadership” of a “competent, brave, and just” Supreme Leader will carry the nation to new heights by 2065: “Iran will be a pioneer country in producing Islamic humanities [and]one of world’s top five countries in science and technology.” At that point, he argues, Iran’s “Islam-based policies, rules, and structures” will constitute the world’s “main pillar of Islamic unity and brotherhood, regional stability, and global justice and peace.” Iran will also become “one of the world’s top seven countries” in its “level of justice and progress.”

As mentioned above, the decision to publicize these dreamy prescriptions now rather than next year likely stems from the regime’s desire to project self-confidence about its sustainability—particularly at a time when Iranian elites are concerned about persistent protests and a U.S. pressure policy they believe is aimed at regime change. The move can also be seen as Khamenei’s warning to Europe, the United States, and its regional allies that Tehran intends to continue using defiance, pan-Islamism, and expansionism as essential components of its regional diplomacy.

The blueprint outlines Khamenei’s vision for Iran not only as a nation-state, but as the leader of a “new civilization,” in keeping with the manner in which state media traditionally refer to him as the “guardian of the Muslim world.” When he assumed power in 1989, he asserted himself as more than just a political leader or military commander-in-chief—he also sought to cement his role as the country’s supreme ideologue, with absolute authority over the cultural and religious arenas. Despite his lack of religious credentials, he claimed the right to publish fatwas, teach high-level courses in sharia, and establish a monopoly over cultural and educational institutions.

The most salient result of this mindset was massive transformation of Iran’s central institutions, from revolutionizing the country’s network of religious and civil organizations to remaking the Islamic Revolutionary Guard Corps into a giant multidimensional body and regional force. He also tasked the entire government with creating an ideological apparatus capable of implementing his totalitarian policies and resisting the West’s supposed “cultural invasion” of the Muslim world, which he depicted as a “new colonialism.”

Of course, the Islamization of Iranian life has largely failed in practice, partly due to the lack of viable Islamist systems in crucial sectors such as banking, but also because of civil society’s remarkable resilience against regime attempts to enforce sharia codes (e.g., wearing the hijab). Although repressive mechanisms and security measures have proven efficient at maintaining political control, the regime has been unable to make citizens submit to its cultural demands despite its bevy of coercive levers and its monopoly over cyberspace and the media.

Nevertheless, Khamenei’s blueprint for the next fifty years emphasizes cultural and ideological policies that have repeatedly failed in the past forty years. In his view, the duty of the soldiers who will fight this “soft war” is twofold: protecting society from contamination by the enemy’s cultural viruses, and producing authentic ideological content to differentiate the Muslim community’s identity.

Khamenei’s call for a “new Islamic-Iranian civilization” is in keeping with the five-phase process he has described in past speeches. The first three phases are “Islamic revolution,” “Islamic regime,” and “Islamic state.” Once state institutions are solidly Islamized, the duty of citizens and government agents alike is to foster the creation of an “Islamic country,” which will then serve as a template for a wider “Islamic civilization.”

In Khamenei’s view, the “Islamic civilization” begun by the Prophet Muhammad was interrupted by two major military offenses: the Crusades and the Mongol invasions, each of which left the Muslim world vulnerable to colonialism and Westernization. This worldview helps explain why Khamenei repeatedly rejects the Western model of development. As he put it in a May 2009 speech, “Progress should not mean development in its Western sense…By ‘developed,’ the West means a Western country with all its features, culture, customs, and political tendencies. ‘Developing country’ refers to a Westernizing country, and ‘undeveloped country’ means one that is neither Westernized nor in the process of Westernization.”

In contrast, Khamenei champions his brand of “Islamic civilization” as an authentic revival of the Prophet Muhammad’s experience and example, one devoid of sheer materialist elements and aspirations to modernity. His predecessor, Ayatollah Ruhollah Khomeini, similarly rejected non-revolutionary versions of Islam, casting this confrontational dichotomy as a battle between “Muhammadan pure Islam” and “American Islam.” To give his rhetoric on the subject a measure of doctrinal authority, Khamenei freely borrows the vocabulary of late Islamist ideologues such as Sayyid Qutb and Ali Shariati, along with post-colonialist intellectuals like Edward Said. For example, more than half of the new blueprint spells out the features of a utopia that closely resembles what has been expressed by numerous other Islamists in the past hundred years.

Taken together, the guidelines in Khamenei’s manifesto promise nothing more than relentlessly maintaining the Islamic Republic’s revolutionary character. This includes resisting any domestic efforts to reform the regime’s ideological aspirations or, more important, its decisionmaking tendencies.

Iran’s Anti-Western ‘Blueprint’ for the Next Fifty Years 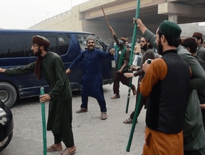 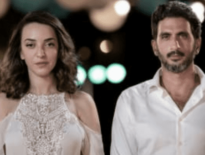 Headlines No-shows at the Wedding
0
wpDiscuz
We use cookies to ensure that we give you the best experience on our website. If you continue to use this site we will assume that you are happy with it.Ok