Trending
You are at:Home»Categories»Features»Iran Locks Itself Out of the International Financial System While Blaming Washington
By Patrick Clawson on 6 April 2016 Features

On March 22, Supreme Leader Ali Khamenei declared that “the Americans have not acted on their promises and only removed the sanctions on paper,” echoing the complaints of other Iranian officials. Although they are correct about Iran’s ongoing difficulties with accessing the international financial system, they misdiagnose the cause. The real problem is that Iranian banks are out of step with international banking regulations established over the past two decades.

The changing standards on which Iranian banks have fallen behind start with the strict anti-money laundering and counter-terrorist financing (AML/CFT) rules adopted across the world, and also include regulations tightened after the 2007-2008 global financial crisis, namely the “Basel III” standards covering risk management, corporate governance, bankruptcy laws, and other bank safety requirements. In a January 20 Financial Times article, Valiollah Seif, governor of Iran’s central bank (Bank Markazi Iran, or BMI), was quoted describing the country’s system as “outdated” and saying its banks must be brought in line with Basel III requirements. The same article quoted Morteza Bina, a senior risk manager at Iran’s privately owned Middle East Bank, stating, “If we had observed international standards, our banking crisis would have been much less severe.” The bank’s chief executive, Parviz Aghili, added, “Foreign banks are not obliged to risk their reputation by working with those Iranian banks which lack efficient compliance departments.” And an anonymous senior Tehran banker noted, “Our banking system, like our economy, has been isolated and has no idea of what has happened in the world over the past decades.”

Meanwhile, Iranian banks have become so badly run and heavily politicized that a recent study from London-based consultancy Darien Analytics warned about the risk of “a major banking crisis three or four years from now.” It cited “unsophisticated management controls and IT systems, accounting and auditing practices that are inconsistent and lax at recognizing [non-performing loans].” Finance Minister Ali Tayyebnia has warned that the government needs to repay banks despite the cash crunch caused by the oil price collapse. The BMI estimates that the government owes banks $33 billion, but Tayyebnia has implied the amount is much higher. The December 2015 IMF report on Iran’s economy noted that President Hassan Rouhani’s team had yet to finalize its data on these debts almost two years after taking office.

Indeed, the Iranian business scene is characterized by lack of transparency on many matters. Deceptive financial activities are deeply ingrained in banking practice, partly in response to sanctions and partly as a reflection of the Islamic Republic’s rampant corruption. Consider the recent death sentence against Babak Zanjani, who was accused of money laundering, forgery, and fraud while amassing a fortune estimated at $14 billion, which he used to flaunt his flamboyant lifestyle. Iran’s Oil Ministry has stated that Zanjani owes it $2.5 billion, which he claims he was unable to hand over because sanctions froze the money in foreign banks. In a similar case, Mahmoud Reza Khavari, the managing director of Bank Melli, Iran’s largest commercial bank, fled to Canada after being accused of embezzling more than $2 billion; in 2014, he was arrested in a Gulf country and handed over to Iran.

Last month, the Majlis passed and the Guardian Council approved a new AML/CFT law, which is a modest step forward. Yet even if Iran goes further to enact legislation that measures up to international standards, the main test is practice, not words on paper. On March 9, BMI Vice Governor Hamid Tehranfar noted that “regulations and guidelines need to be prepared for complete implementation of the new law,” but then added, “We have asked the International Monetary Fund to review our regulations so other countries’ banks feel reassured. The IMF will announce its assessment in 2018.” That is two years off.

U.S. POLICY AND IRAN’S RETURN TO THE WORLD BANKING SYSTEM

To be sure, the U.S. government has issued public warnings about dealing with Iranian banks. Last week, Chris Backemeyer, the State Department’s principal deputy coordinator for sanctions policy, insisted that the United States does not block Iran’s access to normal banking, but simultaneously noted that banks would be subject to stiff penalties unless they ensure they are not doing business with sanctioned entities such as firms linked to the Islamic Revolutionary Guard Corps — no easy task given the IRGC’s history of disguised business ties. That follows a similar December 2015 warning from Acting Treasury Undersecretary for Terrorism and Financial Intelligence Adam Szubin: “Companies going into Iran need to take care. They need to conduct the due diligence necessary to ensure that their Iranian counterparts are not affiliated with designated individuals or organizations, such as the…IRGC or its network of companies.”

But U.S. warnings are only one element among many holding back banks. Warnings from international bodies, especially the Financial Action Task Force (FATF), play a key role as well. At the organization’s latest meeting in February, the thirty-seven member governments — including Russia and China — gave consensus approval for a statement warning about the risks of doing business with Iran and North Korea. As one passage noted, “The FATF remains particularly and exceptionally concerned about Iran’s failure to address the risk of terrorist financing and the serious threat this poses to the integrity of the international financial system. The FATF reaffirms its call on members and urges all jurisdictions to advise their financial institutions to give special attention to business relationships and transactions with Iran, including Iranian companies and financial institutions. In addition to enhanced scrutiny, the FATF reaffirms its 25 February 2009 call on its members and urges all jurisdictions to apply effective counter-measures to protect their financial sectors from money laundering and financing of terrorism risks emanating from Iran” (see PolicyWatch 2575, “Iran’s Long Road to Reintegrating With the World Financial System”).

Past penalties have also made many banks cautious about how much risk to take with countries like Iran. Having been subject to more than $15 billion in U.S. fines for poor enforcement of sanctions and AML/CFT regulations, and tens of billions more for other deceptive practices, major banks have adopted a “derisking” strategy predicated on leaving markets where they judge the risk of violating rules — inadvertently or not — is too high to be worth the limited returns. Banks are also placing much more importance on AML/CFT and sanctions enforcement; Bank of America reportedly spends $15 billion a year on compliance issues, while J.P. Morgan spends at least $8 billion.

If Washington wants to counter Tehran’s complaints about continued access constraints, it should publicly offer to help the Iranians improve their AML/CFT practices, not just their laws. After all, U.S. interests would be well served if Iran actually implemented these good practices. That scenario is extremely unlikely, of course, but Washington could at least gain the diplomatic high ground: in refusing U.S. offers of assistance, Tehran would prove that the barriers it faces are of its own making, not because of U.S. foot-dragging.

Much has been made about whether the Obama administration will allow access to the U.S. dollar in foreign bank transactions with Iran. Such transactions were probably permitted under the previous ambiguous rules, but no major bank would take a chance, which is why various actors are pressuring the Treasury Department to clarify the rules. But even if this new authority is clearly granted, banks are very unlikely to make use of it right away because they remain cautious about dealing with Iranian customers and banks. As Seyed Arash Shahr Aeini, deputy head of the Export Guarantee Fund of Iran, complained last week, “Big foreign banks that were active in Iran projects before the sanctions were imposed [are]still reluctant to start doing business in Iran.” (See PolicyWatch 2601 for more on dollar access and sanctions issues.)

It is also worth remembering that Iran was never completely cut off from the international banking system; trade financing for items such as agricultural and medical products was always available for companies that stood up to vetting. In a 2014 statement, Belgium’s largest bank, KBC, explained that it had “decided to support its well-established customers in its home markets…in their genuine trade with Iran, respecting all EU and U.S. sanctions” — though KBC apparently had difficulty persuading other banks to work with it in such trade financing.

The political problem facing Washington is that many in Iran and around the world may accept Tehran’s propaganda blaming the United States for these financial barriers. Speaking at Chatham House on February 4, Foreign Minister Mohammad Javad Zarif insisted, “Rebuilding the confidence of the banks that the United States will not re-intervene in their relations with Iran may require some further assurance from the United States.” This is entirely backwards, however: what banks need is further assurance from Tehran that reforms are on the way. By offering to help Iran update its banking regulations and enforcement measures, Washington can show who is truly blocking progress — and in the very unlikely event that Tehran accepts that assistance, it could serve U.S. interests by impeding money laundering and terrorist financing.

Patrick Clawson is the Morningstar Senior Fellow and director of research at The Washington Institute. 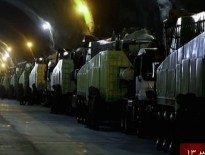 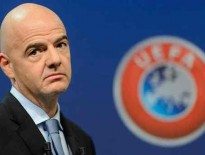 International Sports Fifa president Gianni Infantino pulled into corrup…
0
wpDiscuz
0
0
Would love your thoughts, please comment.x
()
x
| Reply
We use cookies to ensure that we give you the best experience on our website. If you continue to use this site we will assume that you are happy with it.Ok