Competition will be held at the Dr Karni Singh shooting ranges in Tughlakabad from January 24 to February 4 next year, the Times of India has written, citing unnamed sources from the International Shooting Sport Federation (ISSF).

The Indian capital has reportedly been chosen over rival bids from Kazakhstan and the United Arab Emirates, partly due to its offer to hold all three disciplines of rifle, pistol and shotgun.

A total of 35 quota places are set to be offered across the three disciplines, all of which were originally on offer at the Asian Championships in the Kuwaiti capital.

But the Asian Shooting Confederation (ASC) appears yet to support these plans, and remains keen for quota places to be retrospectively awarded for performances achieved in the Gulf nation.

In a website post published this week, the body’s General Assembly “unanimously” claims the IOC allegations of discrimination were “not made on solid and legal basis”, alleging that the Organizing Committee was not “granted the right to provide its opinion nor to be heard prior to filing any complaint to IOC or deciding about an act of discrimination”.

This was despite them undertaking “huge efforts and incurring substantial costs to organise this Championship”, it was claimed.

IOC recognition was withdrawn shortly beforehand after the designated ISSF technical delegate, Yair Davidovich of Israel, was reportedly denied a visa by the Kuwaiti Immigration Department.

This was a direct violation of the non-discrimination principle of the Olympic Charter which must apply for all Olympic qualification competitions, they said.

But the decision also came just days after Kuwait’s suspension from the IOC after the passing of a deadline for changes to be made to a Government law which supposedly threatened the independence of sporting institutions.

It appeared more than a coincidence that Kuwaiti Minister of State for Youth Affairs Sheikh Salman Sabah Al-Salem Al-Homud Al-Sabah, the official responsible for the controversial Kuwaiti law, was also President of the Asian Shooting Confederation.

Sheikh Salman relinquished his post on November 10 “for the benefit of shooting sport in Asia and participating athletes”.

New Delhi’s expected hosting is yet to be officially confirmed by either the ISSF or the National Rifle Association of India, but a formal announcement is expected next week.

There has been no reaction to the report from the ASC.

Share. Twitter Facebook Google+ Pinterest LinkedIn Tumblr Email
Previous ArticleMexican Olympic Committee accused of “blackmailing” Government by claiming they could be banned from Olympics
Next Article Football associations publish little or no information on millions of dollars received from FIFA 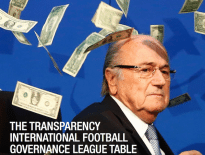 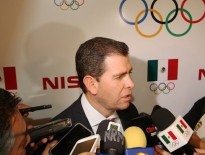 International Sports Mexican Olympic Committee accused of “blackm…
0
wpDiscuz
We use cookies to ensure that we give you the best experience on our website. If you continue to use this site we will assume that you are happy with it.Ok