Trending
You are at:Home»Categories»Headlines»Lebanon-Borders of Blood: Interview with Israeli Filmmaker Duki Dror
By Shaffaf Exclusive on 15 November 2020 Headlines

Kan in co-production with WDR and ARTE

Today, the very existence of Lebanon is in question. With rampant political corruption, hostility between sects and communities, the dominant presence of militias and warlords, and now, a global pandemic on top of an economic meltdown, Lebanon is in a fragile state. The ever resilient Lebanese continue to rise up, to stop yet another cycle that could quickly turn it into a failed state. For the past 15 years, Iran and its proxy Hezbollah, have been the controlling power in Lebanon. But Iran is not the first power that tried to rule the country. Lebanon‘s history is a sequence of regional players attempting to rule over it, leaving it in a state of destruction and a sea of blood. To understand Lebanon is to understand the Middle East; a boiling pot that erupts and engulfs the region and extends far beyond.

The story of Lebanon is one of ongoing tragedy. A march of follies orchestrated by heads of state, sects and militias. The Palestinians, French, British, Iranians, Syrians, Americans, Israelis and the Lebanese themselves, have all, at one point or another, contributed to the country’s tragic history.

For the Palestinians, Lebanon was a training ground for their battle to reclaim historical Palestine. For the Syrians, Lebanon was an inseparable piece of Greater Syria wrongfully taken by colonialist forces. For the Americans, Lebanon was their most disastrous and costly foreign intervention since Vietnam. And for the Israelis, Lebanon was their Vietnam.
Caught up in the chaos were the Lebanese themselves – made up of different sects, religions and ethnicities – writing their own history in a string of political assassinations, massacres and betrayals. To understand Lebanon is to understand the Middle East. 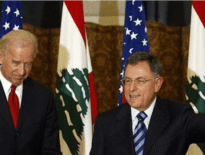 Headlines Coming Up for Air 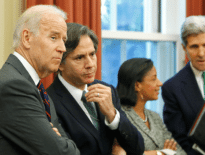 Headlines Biden confidant Antony Blinken expected to get key…
0
wpDiscuz
0
0
Would love your thoughts, please comment.x
()
x
| Reply
We use cookies to ensure that we give you the best experience on our website. If you continue to use this site we will assume that you are happy with it.Ok