Trending
You are at:Home»Categories»Headlines»“If the Chinese press were free, the coronavirus might not have become a pandemic”
By Reporters Without Borders on 5 May 2020 Headlines

“If the Chinese press were free, the coronavirus might not have become a pandemic”, according to a report by the NGO Reporters Without Borders.

Reporters Without Borders (RSF) demonstrates that, without the control and censorship imposed by the authorities, the Chinese media would have informed the public about the seriousness of the coronavirus epidemic much earlier, saving thousands of lives and possibly averting the pandemic.

In an analysis, researchers at the University of Southampton suggest that the number of coronavirus cases in China could have been reduced by 86% if the epidemic control measures taken in China from 20 January onwards had been two weeks ahead of schedule. In view of the chronology of the first days of the crisis, Reporters Without Borders (RSF) will show that, without the control and censorship imposed by the authorities, the Chinese media would have informed the public about the seriousness of the epidemic much earlier, saving thousands of lives and possibly averting the pandemic.

18 October : The Chinese press would have reported the chilling results of a simulated pandemic.

The Johns Hopkins Center for Health Security, in partnership with the World Economic Forum and the Bill and Melinda Gates Foundation, conducted a simulated coronavirus pandemic on 18 October 2019 and alerted the international community to its chilling result: 65 million deaths in 18 months.

If the Chinese Internet had not been isolated by an elaborate system of electronic censorship and if the media had not been forced to follow the instructions of the Communist Party, the public and the authorities would probably have been interested in this information coming from the United States and echoing the SARS (Severe Acute Respiratory Syndrome) epidemic, which had caused more than 800 deaths and affected 8,000 people mainly in China in 2003.

Wuhan city authorities reportedly informed journalists that they had received information from the United States about the outbreak of SARS (Severe Acute Respiratory Syndrome), which caused more than 800 deaths and affected 8,000 people, mainly in China, in 2003.

On December 20, one month after the first documented case, the city of Wuhan already has 60 patients with an unknown SARS–like pneumonia, many of whom have been frequenting the fish market in Huanan. Despite the situation, the authorities do not consider it useful to release this information to the media.

If the authorities had not concealed from the media the existence of an outbreak linked to a very popular market, the public would have stopped going there on their own before the market officially closed on 1 January.

25 December : Dr. Lu Xiaohong could have expressed her fears to the press.

Dr. Lu Xiaohong, head of the gastroenterology department at hospital number 5 in Wuhan city, heard of cases of infection affecting medical staff as early as December 25 and suspected as early as the first week of January that the infection was transmissible from human to human.

If the sources of journalists in China were not risking serious sanctions ranging from a professional reprimand to heavy prison sentences, Dr. Lu Xiaohong would probably have taken responsibility for alerting the media, forcing the authorities to act three weeks earlier than they did.

30 December: The appeal by the doctors who issued the alert was reportedly taken up by the media.

The director of the emergency department at Wuhan Central Hospital, Ai Fen, and a group of doctors are launching the alert on the Internet on 30 December. Eight of them, including Dr. Li Wenliang, who has since died of the disease, will be arrested by police on 3 January for spreading “false rumours“.

If the press and social networks had been able to freely pick up the information passed on by the whistleblowers from that date, the public would have become aware of the danger and put pressure on the authorities to take measures to limit the spread of the virus.

31 December : social networks are said to have relayed the official alert in China

China officially alerts the World Health Organization (WHO) on 31 December but at the same time forces the discussion platform WeChat to censor a large number of keywords referring to the epidemic.

Without the censorship, the social network WeChat, which has a billion active users in China, could have enabled journalists to broadcast reports and prophylactic advice that would have contributed to better compliance with the rules advocated by the health authorities.

5 January : the scientific press would have published the coronavirus genome earlier.

Professor Zhang Yongzhen‘s team at the Shanghai Public Health Clinical Centre managed to sequence the virus as early as January 5, but the authorities seem reluctant to publish the genome sequence. On January 11, the day China confirmed its first death from the virus, researchers leaked the information to open–source platforms, which led to the closure of the laboratory in retaliation..

If the Chinese authorities had played the transparency card, they would have immediately released the coronavirus genome sequence to the scientific press, saving the international community valuable time in its search for a vaccine.

13 January: the international community would have anticipated the risk of a pandemic.

The first case of coronavirus infection outside China was reported in Thailand on 13 January in a Chinese tourist from Wuhan.

“If the Chinese press were free, the coronavirus might not have become a pandemic”

by Reporters Without Borders time to read: 4 min 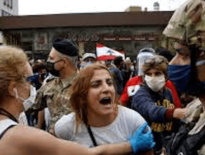 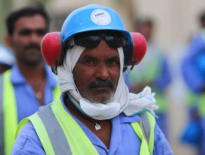 Headlines Migrant Workers Can’t Afford a Lockdown
0
wpDiscuz
0
0
Would love your thoughts, please comment.x
()
x
| Reply
We use cookies to ensure that we give you the best experience on our website. If you continue to use this site we will assume that you are happy with it.Ok