Trending
You are at:Home»Categories»Headlines»Here’s How to Fix But Not Nix the Iran Deal
By Robert Satloff on 13 October 2017 Headlines

Two years ago, I urged senators to vote “no” on the Iran nuclear deal. My goal was not to have them scrap the accord, which had numerous positive benefits, but to give President Barack Obama leverage to repair its serious flaws. “No,” I argued, “doesn’t necessarily mean ‘no, never.’ It can also mean ‘not now, not this way.’ It may be the best way to get to ‘yes.'”

The idea of “nix to fix” — not to be confused with Israeli Prime Minister Benjamin Netanyahu’s “nix or fix” slogan — didn’t win a lot of support in 2015 but it’s back, thanks to President Trump’s decision not to certify the deal under the terms of the Iran Nuclear Agreement Review Act and to seek INARA’s revision by Congress. Now, his administration may have the standing to win from other signatories, especially the Europeans, support for correcting many of its faults. Such improvements would give the president a strong rationale to recertify the agreement down the road.

Achieving this outcome won’t be easy but it’s doable. Here are three core problems of the original Joint Comprehensive Plan of Action (JCPOA), and how President Trump could correct them, without requiring Iran to renegotiate any terms of the deal.

The JCPOA was sold, in part, as a way for Iran to recoup billions of dollars in lost sanctions revenue and win billions more in new commercial investments to improve its economy and thereby increase the standard of living of its people. All of this would, so the theory went, tie the Iranians to global norms and institutions and make them more moderate actors.

From the beginning, however, there was a real fear that the Iranians would divert large sums to their destabilizing regional ambitions and their terrorist proxies. Over the past two years, that has certainly been the case, with Tehran expanding its provocative ballistic-missile program and extending its regional influence by channeling funds and weapons to Hezbollah, the Houthis in Yemen, and thousands of Shia militiamen traveling from as far away as Afghanistan to fight in Syria and Iraq.

The ballistic-missile program is particularly problematic. Given that the Iranians are exploiting a loophole that the Obama administration permitted in the relevant UN Security Council resolution to plow ahead with developing missiles potentially capable of delivering nuclear weapons, it is wholly false for advocates of the deal to argue that the JCPOA has halted, frozen, or suspended Iran’s nuclear-weapons program. Such a program has three main parts — development, weaponization, and delivery — and ballistic missiles are an integral part of that. In other words, critical aspects of the program are moving ahead, deal or no deal.

To address these problems, the administration could seek understandings now with European and other international partners about penalties to be imposed on Iran for continued investment in its ballistic-missile program and for its provocative regional activities. To be effective, these new multilateral sanctions should impose disproportionate penalties on Iran for every dollar spent on ballistic missiles, Hezbollah, the Houthis, or other negative actors. Since these sanctions are outside the bounds of the JCPOA, their implementation does not violate any promise made to Iran. Pursuing this path would also begin to repair the Obama administration’s error of having an “Iran nuclear policy” but no broader “Iran policy.”

The JCPOA has no agreed-upon penalties for Iranian violations of the deal’s terms, short of the last-resort punishment of a “snapback” of UN sanctions. This is akin to having a legal code with only one punishment — the death penalty — for every crime; the result is that virtually all crimes will go unpunished.

Again, as the record of the past two years shows, this has been the case. Contrary to press reports, there have been numerous violations of the terms of the deal, but on each occasion, Iran has been given the opportunity to correct its error. That’s a logical outcome of a situation in which there are no agreed-upon penalties for violations other than the threat to scrap the deal altogether.

The solution is for the Trump administration to reach understandings now with America’s European partners, the core elements of which should be made public, on the appropriate penalties to be imposed for a broad spectrum of Iranian violations. The Iran deal gives the UN Security Council wide berth to define such penalties at a later date, but the penalties have no value in deterring Iran from violating the accord unless they are clarified now.

One of the biggest flaws in the JCPOA was the expiration of all restrictions on Iran’s enrichment of nuclear material 15 years into the agreement. To be sure, Iran argues that it remains forever bound by its commitment not to produce a nuclear weapon under the Nuclear Nonproliferation Treaty. But if anyone believed that promise, there would have been little reason to negotiate the JCPOA in the first place.

As the leader who negotiated the Iran nuclear deal, President Obama would have helped correct this problem if he had issued a declaration making it the policy of the United States, then and in the future, to use all means necessary to prevent Iran’s accumulation of fissile material (highly enriched uranium), given that its sole useful purpose is for a nuclear weapon. Such a statement, to be endorsed by a congressional resolution, would have gone beyond the “all options are on the table” formulation that, regrettably, has lost so much of its credibility in the Middle East.

Two years into the agreement, Iran’s relentless pursuit of more effective ballistic missiles — one leg of a nuclear-weapons program — underscores its strategic decision to pursue the weapons option. Repairing the sunset clause is, therefore, more urgent than ever.

President Trump could achieve this by reaching an agreement with the five other JCPOA signatories — or, if Russia and China balked, at least the three European countries who negotiated the deal, Britain, France, and Germany — on a joint declaration binding themselves to a promise to take whatever action is necessary to prevent Iran’s accumulation of fissile material. To give that declaration real weight, signatories could begin a joint-planning process for executing their commitment, if necessary. America’s allies may even welcome this declaratory approach, since it might assuage private concerns some of them have about Iran’s rapidly expanding nuclear program down the road. And President Trump could repair a major drawback in the original JCPOA negotiations by bringing into those consultations the parties most directly threatened by Iran’s pursuit of nuclear weapons: Israel and the Arab states of the Gulf, especially Saudi Arabia.

None of this will be easy. Even in the hands of an agile, well-oiled administration, one that had invested in partnerships with U.S. allies and had a track record of adroit, creative diplomacy, winning agreement to this lengthy “fix Iran deal” agenda would be heavy-lifting, especially with the North Korea crisis looming. And whatever one’s view of the Trump team’s achievements, it’s fair to say that it has been far from an agile, well-oiled administration.

But if the president does go down this path, working in his favor is the simple argument that “the alternative is worse” — namely, the immediate collapse of the Iran nuclear deal and with it all constraints on Iran’s nuclear program. While I don’t believe this alternative leads to war, as the Obama administration argued when it made the case for the JCPOA, many in Berlin, Paris, and London may think so, which the administration can use to its advantage.

It is not often that governments get a second chance to do the right thing. If handled properly — with purposeful leadership and adroit diplomacy, admittedly very big “ifs” — the Trump administration has the opportunity to correct its predecessor’s flawed deal. In my view, better late than never.

Here’s How to Fix But Not Nix the Iran Deal 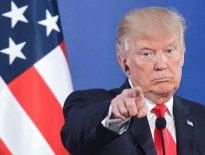 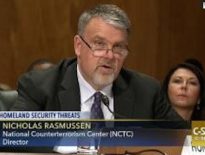 Headlines U.S. Believes Hezbollah Determined to Develop Atta…
0
wpDiscuz
0
0
Would love your thoughts, please comment.x
()
x
| Reply
We use cookies to ensure that we give you the best experience on our website. If you continue to use this site we will assume that you are happy with it.Ok