Prince Turki, 72, headed Saudi intelligence from 1979 until 2001 and was also the kingdom’s envoy to the United States. When he began speaking, Turki clarified that although he has met several senior former security establishment officials since his retirement, he will not speak to current representatives of the Israeli government or its authorities.

Saudi Arabia has never conducted relations with Israeli representatives, even covert ones, Turki claimed, but hinted the rumors of the crown prince’s visit can be sourced to Prime Minister Benjamin Netanyahu’s “mistaken impression he has adopted.”

“I don’t think there are any ‘under the table’ talks. I think Mr. Netanyahu painted a picture for himself in which there are some clandestine understandings between the two countries because of Iran, and is thus trying to present supposed support from the Arab world in order to encircle Iran while avoiding the Palestinian issue altogether,” the Saudi chief said.”I think Netanyahu believes this picture. Unfortunately, from what I heard from Saudi officials and from what I can glean from looking at the international arena, there are currently no talks between Israel and any Arab states,” he claimed. 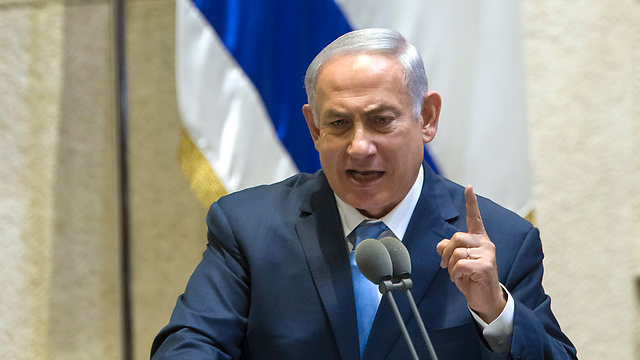 Al-Faisal said PM Netanyahu wishes to believe there are covert talks between Saudi Arabia and Israel, but there aren’t (Photo: EPA)

Halevy then surprised the pair’s audience by recounting a secret meeting held in London in the 70s between Kamal Adham, Turki’s predecessor in Saudi intelligence, and Israeli Minister of Foreign Affairs Abba Eban.

This attempted liaison failed for rather astounding reasons, Halevy said. “Adham used to go on months’ long trips throughout the Arab world, and legend has it he would carry bags of money on these trips and hand them out to drum up support,” the former Israeli Mossad director recounted.”We thought we might be able to put together a meeting between (Adham) and our Minister of Foreign Affairs Abba Eban, and everything was set. But it was early in the morning and a colleague of mine failed to wake Eban up in time, so he missed the meeting. I was always regretted that incident. Maybe things would look differently today, but sometimes that’s the way it is: people shouldn’t sleep on the job,” Halevy joked. 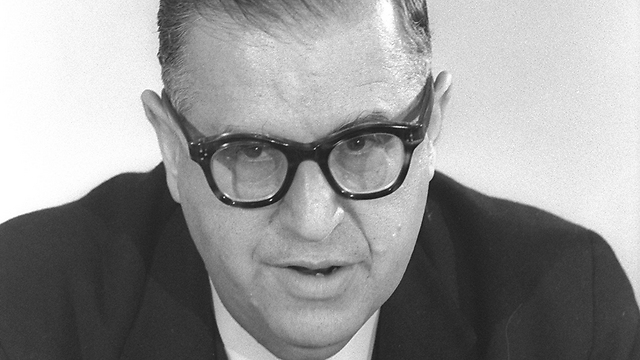 The public meeting between Halevy and his Saudi counterpart, who insisted on pronouncing the Israeli official’s name as “Halabi” (meaning from Halab, or Aleppo, in Syria—ed.), also included former US Under Secretary of Defense for Policy Michèle Flournoy.

The meeting was the culmination of a conference organized by the Israel Policy Forum in collaboration with Commanders for Israel’s Security at the Streicker Center in Manhattan’s Temple Emanu-El.Using fluent English, Turki underlined the importance of the Arab initiative to resolving the Middle-East’s conflicts and determined that despite Israel and Saudi Arabia’s shared interests when it came to Iran, any collaboration between the two countries will not lead to resolving Israel’s conflict with the Palestinians.

“What we need is ‘over the table’ talks, not underneath it. Israel needs to officially present its stance, and we can go from there. Iran is a goal shared by my country and Israel, and if that’s the case then let us remove the Palestinian issue from the agenda. If we do so, then we can have back-channel talks,” Turki said. 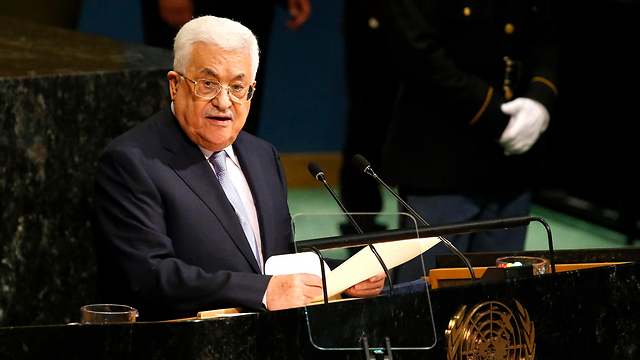 PA President Abbas. Al-Faisal said the Palestinian issue needs to be taken off the agenda before back-channel talks are possible (Photo: Reuters)

Despite his reservations about Israel’s attitude towards Palestinian negotiations and the Saudi peace initiative Turki himself is trying to promote, the Saudi official admitted Iran was the biggest threat to the region’s stability and may grow bolder still under the auspices of the nuclear deal.

Scuttling the deal altogether, as US President Donald Trump is considering, will be too extreme a move at this phase, al-Faisal said. Nevertheless, he attached great import to exerting continuous pressure on the leadership in Tehran in order to “make them acquiesce not just to the letter of the agreement but also to its spirit.”

“On the eve of the signing of the agreement, Iran painted a positive picture of itself as being friendly and open to negotiations. That couldn’t be farther from the truth. The deal has made Iran overly adventurous, and caused it to adopt an expansionist policy,” Al-Faisal said, admitting his greatest concern was the day after the agreement’s duration ended.”We have 13 years to handle not only the nuclear issue, but all of the region’s deployment of weapons of mass destruction. Not just in the Arab world but also in Israel and Turkey. This is what we’re after,” he added. 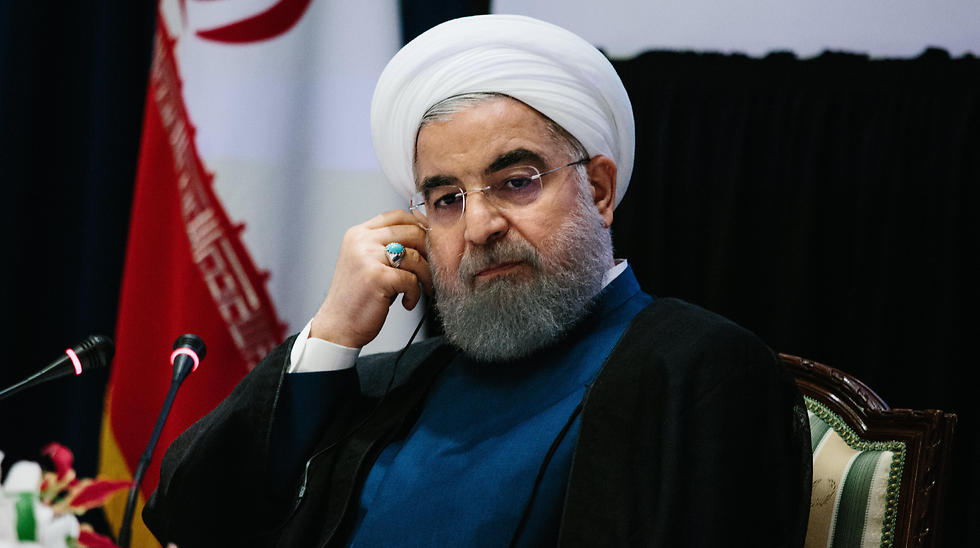 Perhaps somewhat surprisingly, it was Halevy—Mossad chief from 1998 to 2002 and secret envoy of successive Israeli governments for clandestine talks with the Arab world before his tenure there—who lauded the nuclear deal and the long stay it allowed Israel, the US and the international committee to stem the Islamic republic’s destructive potential.

“The Iran deal is far from ideal, there are a lot of details we wanted to include in it that were excluded,” Halevy revealed.

“Israel pushed for a rapid agreement limiting Iran’s nuclear capacity, one that disavows the country’s support of terrorism and developing its missile capabilities,” he added. 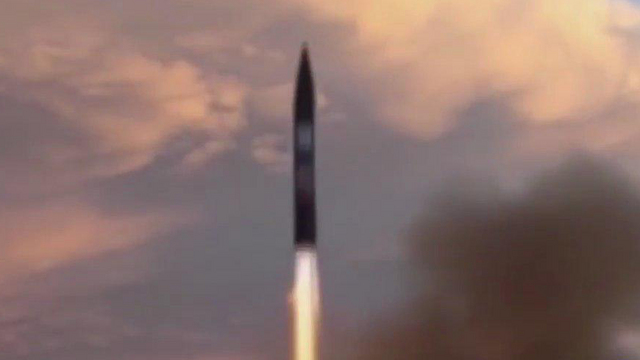 Halevy, who chaired the National Security Council in the past and is the head of the Hebrew University’s Shasha Center for Strategic Studies today, wished to conclude his talk with a touch of optimism: “Iran is undergoing some changes. They may not be as rapid as those taking place in the US at the moment, but things are moving.”

Halevy further cautioned Israel’s existential security cannot serve as an excuse for its leaders to abdicate the Mid-East arena. “We have no other choice but to find a way to live alongside our neighbors. And in order to do that we have to accept them as they are, and mustn’t interfere with their internal political processes. If they want unification, let them have it. And if they want to come to us to negotiate, we must negotiate with them. Even with terrorists,” he concluded.
YNET
Subscribe
0 Comments
Inline Feedbacks
View all comments
Share. Twitter Facebook Pinterest LinkedIn Tumblr Email
Previous ArticleThe Gambler, The Killer and the Unexplored Motive
Next Article In First, Yad Vashem to Bestow Righteous Gentile Honor to an Arab
wpDiscuz
0
0
Would love your thoughts, please comment.x
()
x
| Reply