Trending
You are at:Home»Categories»Headlines»For many Arabs, Iranian regime is the enemy, not Israel
By Hussain Abdul-Hussain on 22 September 2020 Headlines

Because Iranian-sponsored militias in Iraq forge real estate deeds and threaten judges and government employees who challenge their forgery, my father sold our family house in Baghdad and deposited the money in Lebanon, where another Iranian proxy, Hezbollah, has kept the country in a state of perpetual war, forcing the economy to nosedive, as banks went insolvent.

My father’s lifetime savings are now gone. The money covered the expensive medical care of my brother, who suffers from diabetes and Multiple Sclerosis (MS). Medicine is running low in Lebanon because the country’s foreign currency reserves have dried up.

My sister, who saw her salary lose three fourths of its value in Beirut, luckily relocated to Dubai. From there, she now spends whatever she can spare to buy medicine, not only for our brother, but for all other relatives, especially older ones in need of medication for heart, blood pressure and other health problems. My other sister and I, both in the US, have been drawing contingency plans on how to fly our parents here if crime rates continue their upward climb in Lebanon.

Democratic presidential candidate Joe Biden has promised to rejoin the Joint Comprehensive Plan of Action (JCPOA), known as the Iran Nuclear Deal. US sanctions on Iran will be removed and Tehran’s coffers will be topped up. Hezbollah will thrive and further tighten its grip on Lebanon.

Iran, Hezbollah and their friends in Washington argue that Lebanon’s economic free fall is the result of its ruling corrupt oligarchy, but this is only partially true.

My late grandfather was a wealthy merchant in Baghdad. In the 1950s, He feared that a Communist takeover might cost him his fortune and started relocating his assets to Lebanon, where he used to take his family for summer vacation, and where my father met my mother. Between its independence in 1943 and 1969, Lebanon lived its golden years, even though the country was ruled by the same corrupt oligarchy. Yet despite the corruption, Lebanon’s economy was growing strong as the country won the epithet “Switzerland of the Middle East.” Lebanon maintained “regional neutrality” and sat out the biggest Arab war with Israel in 1967, which resulted in a humiliating Arab defeat.

Reeling from the defeat, late Egyptian President Gamal Abdul-Nasser embarked on a “war of attrition,” and leaned on Jordan and Lebanon to let Palestinian militias launch cross border attacks into Israel. The illegal militias eventually became statelets with their private armies that threatened the state. In 1970, late Jordanian King Hussein ejected the Palestinian thugs. Lebanon never did, until in 1982, when Israel invaded to do what Beirut should have done long before. Late Palestinian leader Yasser Arafat left Lebanon with his militias, but that was not the end of it. Iran inherited Arafat’s cadres with which Tehran built Hezbollah. Like Arafat before it, Hezbollah engaged in inconclusive wars with Israel, while using its arms to overpower the state.

The continued presence of Hezbollah, a terrorist organization under US law, kept Lebanon in a state of perpetual war. This stifled growth and forced the government to fund itself throw borrowing from local banks, thus using depositors’ money. And to buy off the oligarchy and make it support its unconstitutional militia, Hezbollah used the state to reward loyal oligarchs. State reform thus became impossible, and made corruption inseparable from the very existence of Hezbollah.

Realizing the adverse effects of the “resistance state” model that Iran has imposed on Lebanon and Iraq, and aware that politicians were either bought off or too scared to speak up, top clerics called for disbanding Tehran’s proxies. In Lebanon, Christian Maronite Patriarch Beshara Al-Raii demanded that Hezbollah be disarmed and the policy of “regional neutrality,” which worked so well for the country until 1969, be restored. In Iraq, top Shiite cleric Grand Ayatollah Ali Al-Sistani also called for disbanding Iran’s proxy militias.

This is why my sister, my wife, myself and many of our Lebanese-American friends felt disappointment when reading Biden’s promise to rejoin the nuclear deal with Iran, and give Israel more arms to defend itself against Iranian proxies. Biden’s statement signaled that he does not plan to help the Lebanese and the Iraqis get rid of Iranian militias, but only to manage and contain them.

All of us are registered Democrats. We donate and vote for Democratic candidates, and yet, we have to watch people we choose run foreign policy that goes counter to our interests in the Middle East.

That the Democratic Party assumes that Arab-Americans or Muslim-Americans are monolithic blocs with identical foreign policy interests is a problem. Maybe Mr. Biden should rethink his position on Iran, and realize that the real estate dispute between Israelis and Palestinians is not an issue as pressing as Iran’s proxies that are sowing discord and chaos throughout the Middle East, and around the world.

For many Arabs, Iranian regime is the enemy, not Israel 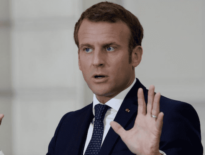 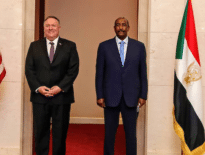 Headlines US, UAE said holding ‘decisive’ meeting with S…
0
wpDiscuz
0
0
Would love your thoughts, please comment.x
()
x
| Reply
We use cookies to ensure that we give you the best experience on our website. If you continue to use this site we will assume that you are happy with it.Ok