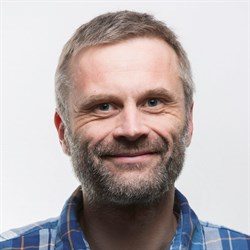 Gianni Infantino will enter his FIFA presidency with promises to be held and alliances to be nurtured in a complex play that includes expectations of reform, a potentially explosive Garcia report and a new King Maker, says Andreas Selliaas commenting from Zürich.

Zürich/Hallenstadion: The FIFA congress in Zürich on 26th February was in many ways extraordinary. No one got arrested and the candidate everybody thought would be the runner up ran away with the victory.

Gianni Infantino won the race against sheikh Salman from Bahrain for one reason. He promised more money to federations and confederations than the rest of the candidates. That was not extraordinary. He followed the manuscript of Sepp Blatter.

At the entrance of the congress venue, Hallenstadion, there were three demonstrations. One in favour of sheikh Salman (people most likely paid by Salman’s campaign), one protesting against sheikh Salman’s alleged role in the human rights violations in Bahrain after the Arabic spring in 2011, and one against Infantino for his dubious role in match fixing-scandals in Greece and Turkey.

The two demonstrations against the two candidates illustrated in a good way that both of them would meet challenges as new FIFA president besides being responsible for implementing the reforms adopted at the congress.

I was accredited through Play the Game and sat behind the FIFA delegates and together with other NGOs and special invited FIFA guests. From my place we could hear the sigh of relief and some happy chants (especially from the Nordic countries) when Infantino was named the new president of FIFA after the second round of voting.

For many of us inside the congress hall, sheikh Salman’s loss was a big, but nice surprise. Many journalists had to rewrite their prepared rant at the new president from Bahrain and start thinking of what the bald guy with dual Swiss and Italian citizenship could do to FIFA.

Besides continuous focus on sheikh Salman’s human rights record in Bahrain there were claims among some European federations that they would withdraw from FIFA should sheikh Salman get elected. With him at the helm of FIFA, the world footballing body could have imploded, not reformed. Was the sigh of relief a false hope for change in FIFA? Maybe. Infantino has just ended an election campaign with a lot of promises and new alliances that reminds us more of a young and bald Sepp Blatter than a promising reformer.

The reform package adopted at the FIFA congress will probably not be fully implemented before the end of 2017 and before that Gianni Infantino might have to struggle more with the past than with the present and the future.

The first test of the new FIFA president is how he deals with the Garcia report into allegations of corruption in FIFA. Secondly, he will have to deal with the criminal investigation of – so far – 41 arrested FIFA officials and affiliates. Thirdly, he has to figure out how to deal with the huge amount of money he promised federations and confederations – money the other presidential candidates claimed would empty the FIFA cash box in three years.

The explosives in the Garcia report
Gianni Infantino is a strong supporter of the Qatar World Cup in 2022 and as UEFA’s Secretary General he criticised European clubs complaining about moving the World Cup from summer to winter. He was also, together with sheikh Salman, against disclosing the full content of the Garcia report. Infantino only wants to publish a summary of the report.

The US attorney Michael J. Garcia was appointed by FIFA in 2012 to look into the accusations of bribery in the election of the World Cup to Russia in 2018 and Qatar in 2022. After 18 months of investigation, he handed over his report to FIFA. Before the report was finished, Sepp Blatter said it would be published in full length. This did not happen.

FIFA judge Hans-Joachim Eckert chose to publish only 40 pages of the 350 pages report and stated that there was no evidence of corruption and that there should be no new vote on the venue for the 2018 and 2022 World Cups. FIFA prosecutor Michael J. Garcia blasted Eckert’s report saying that the summary “contains numerous materially incomplete and erroneous representations of the facts and conclusions detailed”.

The question ever after has been: what is FIFA hiding?

The full content of the report can be disclosed as soon as the sensitive personal information in the report is sorted out. The pressure against Infantino to publish the document will increase along with the increasing expectation to reform FIFA. The big question is whether Infantino will give in to this pressure.

Play the Game sources with extensive knowledge of the content of the Garcia report says that FIFA’s ethics committee will not conclude that the world cups were bribed unless they find that more than half of the ExCo member votes were bought. The Garcia report cannot prove that this is the case, according to our source.

But there is a high probability you will find that some ExCo members changed their mind after receiving brown envelopes containing US dollars. We also know that after the Garcia report was handed over to FIFA, the ethics committee made calculations of different outcomes of the election based on possible bribery scenarios. The conclusion was that it couldn’t be proved that bribery affected the outcome of the votes. By doing such calculations, you must have some knowledge of people being corrupt?

Infantino has been given the mandate to implement the biggest reform package in the history of FIFA and one of the key promises made is more openness. If the new president refuses to disclose the full content of the Garcia report, he will not meet the demands of those calling for more openness and more transparency in FIFA. They will say that he is not willing to clean up the past to start a new future.

The Garcia report can become a bigger headache for Infantino than he likes to think.

The new King Maker?
Sitting in the lobby at the Hotel Baur au Lac (the hotel most known for FIFA arrests) a couple of days before the FIFA election, we could see sheikh Ahmad Al-Sabah, the FIFA ExCo and IOC ExCo member from Kuwait better known as the King Maker, mingling with journalists, FIFA delegates and some of the presidential candidates. He was confident that his candidate, sheikh Salman would be the next FIFA president. The rest of us were certain that someone at the hotel would be arrested. Both were wrong.

The defeat of the two sheikhs started a discussion in the congress center on whether Sheikh Ahmad was no longer the King Maker of international sports. In the corners of the congress center and in the dining area for FIFA delegates, we could observe a new King Maker in the making gathering support for Gianni Infantino. There, US football president and FIFA ExCo member Sunil Gulati was pulling the strings.

The day before the election, Sunil Gulati promised prince Ali of Jordan his vote, but he also promised Gianni Infantino that he would get US backing when it mattered. These promises were kept. In the first round Gianni Infantino received 88 votes, Sheikh Salman 85, prince Ali 27 and Jérôme Champagne 7 (the fifth candidate Tokyo Sexwale withdrew before the election took place).

Between the first and second vote we could observe Gulati in intensive discussion with many of the delegates supporting Prince Ali in the first round. Sheikh Ahmed had disappeared from the congress hall early on the day and a lot of us started to speculate on what was going on.

In the days after the congress, there has been a lot of speculation that Infantino will give the US the World Cup in 2026 in return. If it is that easy to win the World Cup hosting rights, the whole reform process will be a joke. Nevertheless, I guess Sunil Gulati will expect something in return. Most likely, that Infantino keeps the promises of more money to the federations and confederations that he made during his election campaign. Such transfers will secure the power of Gulati in his area of interest. On the other hand, if he doesn’t meet those expectations, Infantino can end up having trouble with his own King Maker.

Offers more than Sepp Blatter
In his election campaign, Infantino promised FIFA’s members $5 million to invest in development projects and running costs (an increase of the $2.05 million per federation from 2011-14) and another $1 million for travel expenses. He also promised the six confederations $40 million to invest in development projects and that the confederations could request another $4 million to organise youth tournaments. However, both Conmebol and Concacaf are at the moment barred from receiving money from FIFA due to the corruption cases against their leaders.

Sunil Gulati has been sitting on the FIFA ExCo since 2013 and has been a member of Concacaf for many years. Two of the biggest gangsters in world football have been Jack Warner and Chuck Blazer, both leaders of Concacaf. The FBI investigations have revealed details about how they have stolen millions of dollars from their confederation. When they were arrested, Jeffrey Webb took charge. Then, he too was arrested for stealing millions of dollars from Concacaf.

So far Gulati has refused to answer any questions concerning FIFA corruption and he also refused to take part in a US Senate hearing on FIFA corruption. Very few believe that he has no knowledge of the criminal activity in his confederation. This is the King Maker of Infantino. And these guys are going to reform FIFA together?

Short honeymoon
New FIFA president Gianni Infantino has 60 days before he can begin the implementation of the reform package voted for en bloc by almost 90 per cent of the FIFA delegates.

Play the Game sources say that Infantino is unlikely to meet the expectations of money transfers to the confederations Conmebol and Concacaf. Most likely, any attempt to transfer money to these confederations will be stopped by the compliance and audit committee because it will be a violation of the money embargo imposed on them. This will without doubt anger certain federations and confederations and make the reforms harder to implement.

After hosting a celebrity football match, another election promise, Infantino’s honeymoon is over. Will the marriage last for more than three years?

Andreas Selliaas was in Zürich as a freelance journalist and was accredited at the congress throrugh Play the Game.