Qatar spent  six times what England spent on its bid for the 2018 World Cup, and almost 12 times the American expenditure on their 2022 bid.

The FBI is investigating the role played by Fifa president Sepp Blatter in a $100m (£66.2m) bribes scandal, a BBC investigation has discovered.

In return, ISL was granted lucrative television and marketing rights throughout the 1990s.

Blatter denied knowing about the bribes and took no action.

He even allowed Teixeira to take part in the notorious vote for the 2018 and 2022 World Cups.

Panorama: Fifa, Sepp Blatter and Me is on BBC One at 20:30 GMT on Monday, 7 December and available to watch later via BBC iPlayer

The letter, apparently written by Havelange, talks about the payments he received from ISL. It says Blatter had “full knowledge of all activities” and was “always apprised” of them.

The letter is included in an FBI request to the Swiss authorities for help with their investigation. They ask for the file of an earlier Swiss investigation into the ISL bribes and they say “among other things, the prosecutor is investigating Havelange’s statements implicating Blatter”.

In 2010, Blatter suppressed a Swiss legal finding that both Havelange and Teixeria had received bribes from ISL. In 2013, Blatter told a Fifa ethics committee inquiry he was unaware of the bribery. He was cleared of any wrongdoing.

Blatter, who says he will stand down as head of football’s world governing body in February 2016, declined to respond to any allegations put to him.

The 79-year-old is serving a provisional 90-day suspension from Fifa andfaces a hearing with the body’s ethics judge in mid-December.

Damian Collins MP tells Panorama Blatter’s behaviour was extraordinary. He says: “You have to ask yourself why did he seek to protect these people, and not just protect them but allow them to continue to play an active role in some of Fifa’s most important decisions?”

The programme also reveals new evidence about how much money the Qataris spent winning the right to host the 2022 World Cup.

Lord Triesman, a former Football Association chairman, was given the figure by sources close to British intelligence.

“I was told by two sources that have always been very reliable with good information, good intelligence, that the sum that Qatar had spent on their bid was £117m.”

This is six times what England spent on its bid for the 2018 World Cup, and almost 12 times the American expenditure on their 2022 bid.

Qatar’s bid chairman did not respond to correspondence from Panorama. 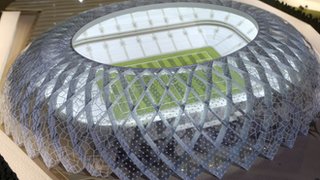 Lord Triesman said: “I take the straightforward view that it should be possible when you look at the money that people have spent to know exactly how it was spent and whether it was legitimate or not.

“In a way the problem is that, goodness knows, it’s not transparent enough for anyone to know.”

Last Thursday, US attorney general Loretta Lynch announced a further 16 Fifa officials and associates have been indicted as part of the FBI’s ongoing investigation into the organisation.

Gary Lineker, who supported England’s 2018 World Cup bid, tells Panorama: “It makes me feel nauseous at the levels of corruption in a sport that has been a huge part of my life and is a huge part of many people’s lives right around the world.

“Part of me hopes that with everything being so clearly rotten, we can come out and somehow start again and, and correct it.” 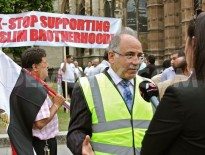 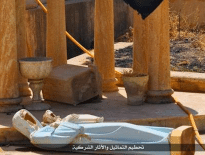 Culture & religions The Demise of Christianity in the Levant?
0
wpDiscuz
0
0
Would love your thoughts, please comment.x
()
x
| Reply
We use cookies to ensure that we give you the best experience on our website. If you continue to use this site we will assume that you are happy with it.Ok