Blatter and Platini were both banned from soccer last month for ethics violations, leaving the global game leaderless as it seeks to dig itself out from beneath a slew of corruption cases. Both have denied wrongdoing.

The two escaped potential lifetime bans demanded by the committee’s investigatory arm when the panel’s adjudicatory chamber found no evidence of bribery linked to a 2 million Swiss franc ($2 million) payment FIFA made to Platini in 2011, with Blatter’s approval.

“We have announced we plan to appeal the 8-year bans against Platini and Blatter,” investigatory panel spokesman Andreas Bantel told reporters in Zurich, where FIFA has its headquarters.

While Blatter and Platini have said the panel was seeking a lifetime ban from the sport, Bantel said he declined to comment on the content of its appeal.

Blatter has said he feels “abandoned” by the global soccer body and will now focus on clearing his name through his own appeal.

Platini, who was the strong favorite to succeed Blatter until becoming mired in allegations that led to his ban, has also said he will appeal.

The crisis gripping the soccer world began with arrests of a group of FIFA officials at a luxury Zurich hotel in May. Since then Switzerland’s Federal Office of Justice has frozen around $80 million in assets in 13 bank accounts and the United States has charged 41 people and entities in a probe of corruption that spans soccer bodies around the globe.

There is precedent for extending bans on appeal.

Vernon Manilal Fernando, a former FIFA executive committee member from Sri Lanka, was banned for eight years by the ethics committee in April 2013. The investigatory chamber appealed against this, saying the ban was too short, while Fernando fought the ban that he said was too long.

In October 2013 FIFA’s Appeal Committee increased the ban to life. This decision was upheld by the Court for Arbitration in Sport in March 2015.

by Reuters time to read: 1 min 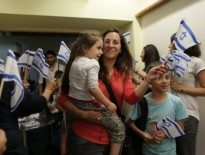 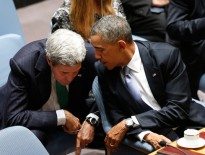 Commentary How Obama Created a Mideast Vacuum
0
wpDiscuz
0
0
Would love your thoughts, please comment.x
()
x
| Reply
We use cookies to ensure that we give you the best experience on our website. If you continue to use this site we will assume that you are happy with it.Ok